Have Old Political Signs? Donate Them To Help Bees Stay Warm and Safe 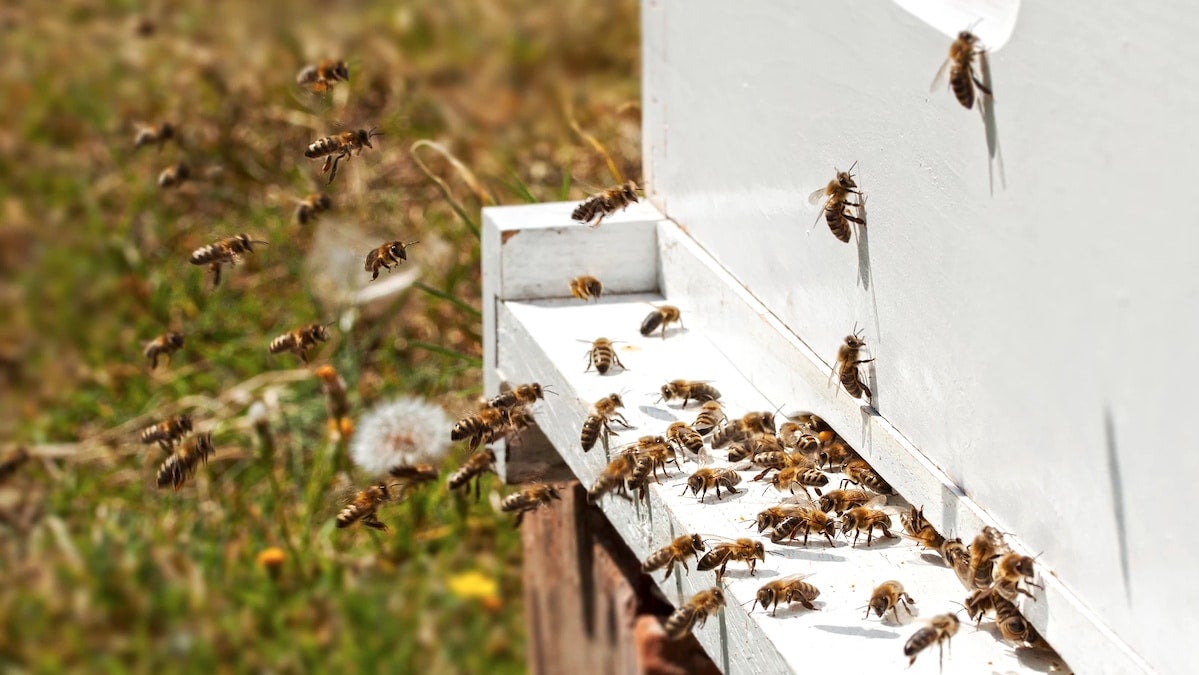 Now that the campaign season is over, what do we do with all those political yard signs? Trash them? Keep them for memories’ sake? Florida beekeeper Alma Johnson has a better idea: donate them to help keep her honeybee hives warm.

“I saw the politician signs and I said, ‘What a great opportunity,'” Johnson told Fox 13. “I’d rather use those than having to go buy corrugated plastic from Home Depot and add more to the landfill too.”

Johnson told Bay News 9, “These signs are the perfect size to keep bees warm, and ward off pests.”

The apiarist, who owns Sarasota Honey Company, upcycles corrugated plastic signs to keep hives at their ideal constant 98 degree temperature, reported Sarasota Magazine. Signs placed at the base of beehives help with ventilation, control humidity, and act as a shield against cool night drafts that can chill the queen bee and babies.

Foam boards also don’t upcycle for bees well because it’s the spaces in the plastic signs that provide the best, chemical-free pest protection, she told Fox 13. Johnson cuts the plastic signs into squares and seals the bottom on one side. The little corrugated holes are filled with oil and apple cider vinegar to act as a natural trap for pests that threaten the bees like hive killing beetles and mites, the bee keeper explained.

“They don’t care if it’s a Trump sign or a Biden sign. They hold no loyalty to any party,” she joked to Fox 13.

The Sarasota Honey Company plans to distribute the campaign signs to other neighboring beekeepers to help keep their bees safe as well, ABC 7 reported. Other bee farms in the Tampa Bay area are mimicking Johnson’s idea and collecting and distributing political signs through local beekeepers associations, reported CL Tampa.

“It is a way of bringing people together and guess what, the byproduct of that coming together is a sweet life, honey,” said Johnson, reported WFLA reported.

“We don’t want to send that stuff to a landfill if there’s still useful life remaining in a material,” recycling group member Jean Ponzi told the Public Radio.

The group has coordinated efforts because current recycling systems are not equipped to handle the material even though it is valuable to recyclers, she said in the report.

In Grand Rapids, MI, the local democratic party office collected signs for local candidates in case they want to reuse them to run again, reported ABC 13. Recycle by City: Chicago suggested a few alternative uses such as painting over them for personalized celebratory signs and upcycling them into durable storage options because no local recycler would take the signs.