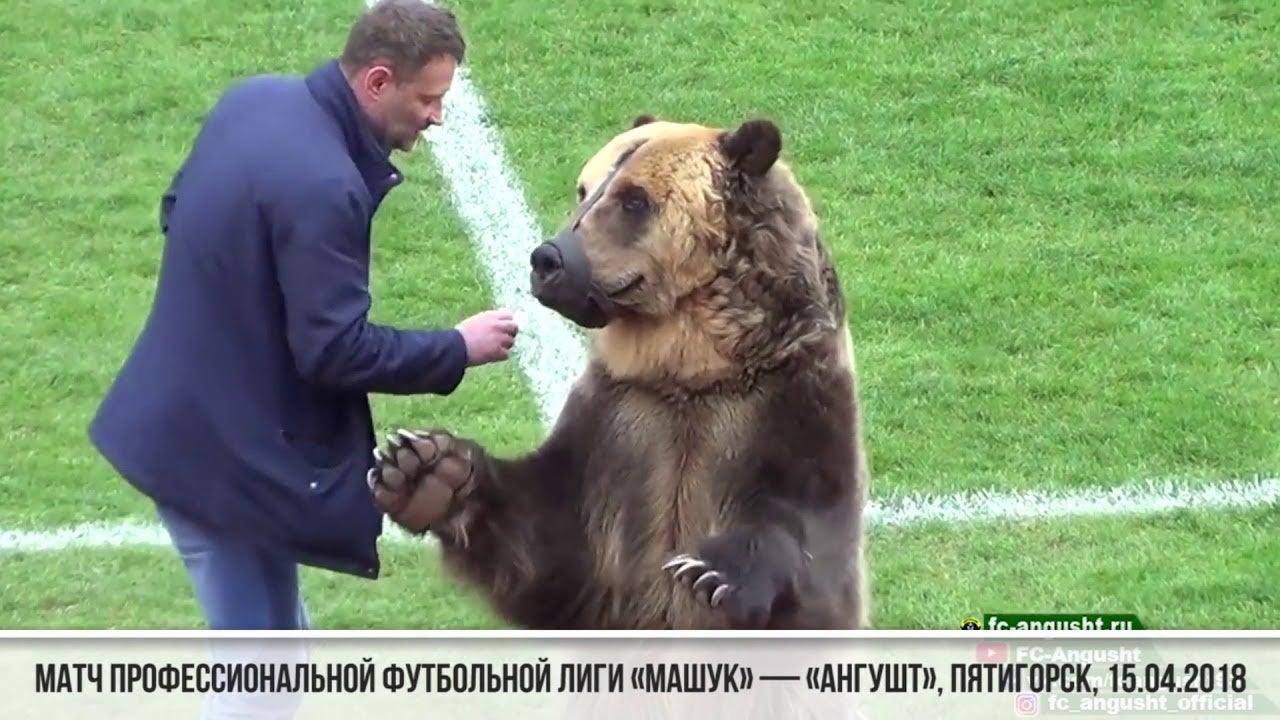 Animal rights organizations expressed outrage after footage emerged of a trained bear named Tima performing ahead of a soccer match on Saturday between third-tier Russian teams Mashuk-KMV and Angusht.

The clip shows a muzzled bear led to the stadium by a handler. It lifts its arms up and down, gets on its hind legs and hands a soccer ball to the referee. It then makes clapping motions in front of the cheering crowd.

“It’s clear that cruel training methods have been used to make this bear submissive enough to perform on command. All too often, wild animals used for entertainment are taken from their mothers at a young age, crammed into tiny cages or chained for long periods while they wait for their next performance. This is a far cry from their natural lives in the wild,” Cassandra Koenen, head of wildlife campaigns at World Animal Protection, told EcoWatch in a statement.

“Bears, like most wild animals, are highly unpredictable and people around the world have been mauled or attacked by these animals, underlining that show business is no career for a wild animal.”

“In addition to being inhumane and utterly out of touch, using a bear as a captive servant to deliver a football is downright dangerous,” Allen said.

“The bear is the symbol of Russia, so we hope the country’s people will show some compassion and national pride and stop abusing them. Common decency should compel the league to pull this stunt.”

The stadium’s announcer said the bear will participate in FIFA World Cup’s opening ceremony in Moscow in June. However, organizers later told Standard Sports that no animals will be used as part of the ceremonies.