5 Shark Species That Should Be Revered, Not Feared 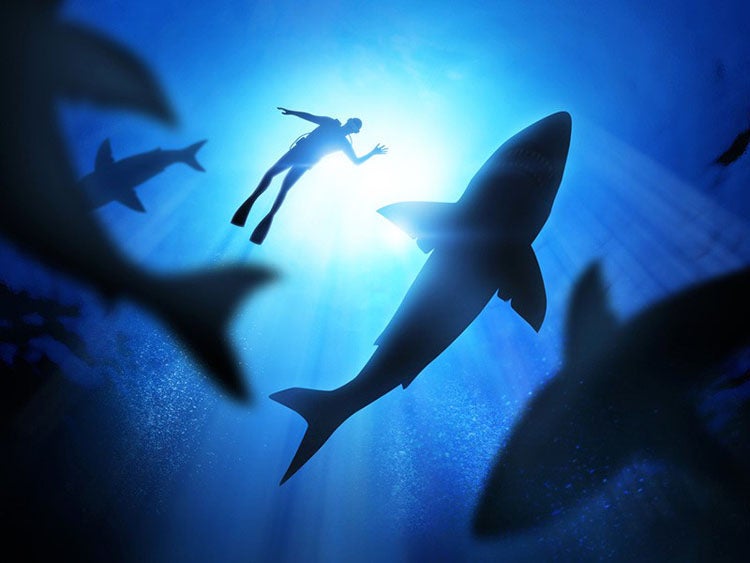 This week is the Discovery Channel’s highly-anticipated Shark Week, which features programs about one of the ocean’s top predators. The week’s star-studded cast includes the great white and the tiger shark, which are featured in programs with names like The Killing Games,Deadliest Shark and Wrath of a Great White Serial Killer. 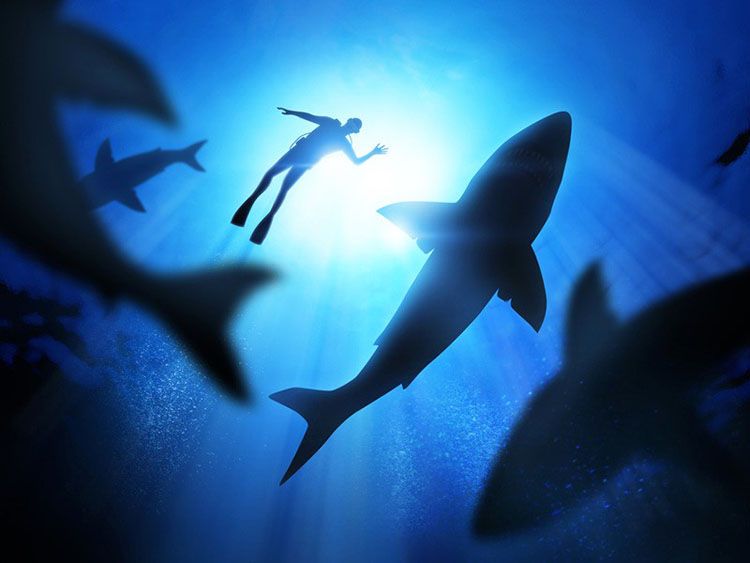 In the spirit of Shark Week, we’ve compiled a list of five lesser-known shark species that are nevertheless important members of our oceans’ ecosystems.Photo credit: SolarSeven / Shutterstock

While these skin-crawling names might make you tune in for a night filled with bloodthirsty man-eaters, they’re dangerously misleading. The vast majority of sharks don’t deserve their bad reputation—of the 400 species of sharks, only a handful pose any real threat to humans. In fact, with more than a third of all shark species at risk of extinction from commercial fishing, bycatch and habitat degradation, sharks are usually the ones who need protection—from us.

In honor of shark week, we’ve compiled a list of five delightfully strange shark species that prove these amazing creatures should be revered, not feared. 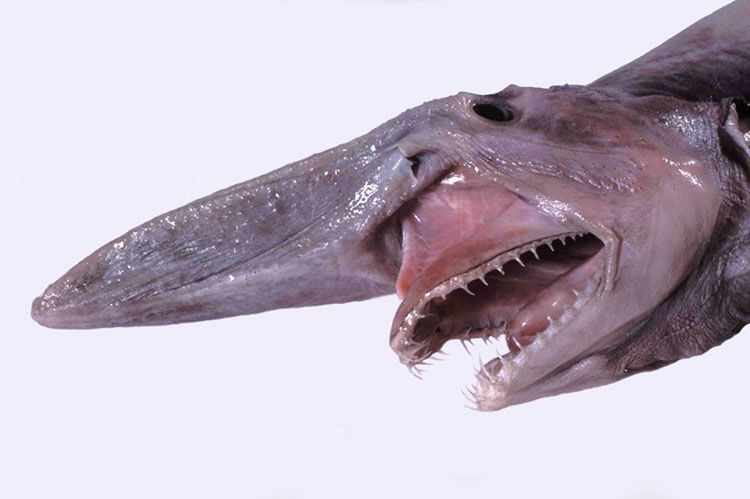 Though it didn’t get a casting call for the movie Jaws, the goblin shark may edge out the great white shark thanks to its terrifying jaws. This bizarre shark is widely distributed, swimming in the Atlantic, Pacific and Indian Oceans and its soft, flabby, bubblegum-pink body can reach up to 12 feet in length. It also boasts highly protrusive jaws bursting with needle-sharp teeth meant to trap, not slice. In fact, this is one of the only species of sharks whose teeth are visible even when its mouth is fully closed. When the goblin shark is ready to feed, it inches toward its prey, stopping when its lunch swims just out of reach. Then, the shark makes its killer move,extending its jaw three inches out of its mouth to trap its meal.

Your odds of catching one of these sharks in action, however, are slim. The goblin shark eludes human eyes with its affinity for the deep-sea, swimming at depths of more than 4,265 feet and only rising near the surface at night. There are very few recorded observations of these curious creatures and the bulk of scientific knowledge about these sharks is the result of their accidental capture in fisheries. 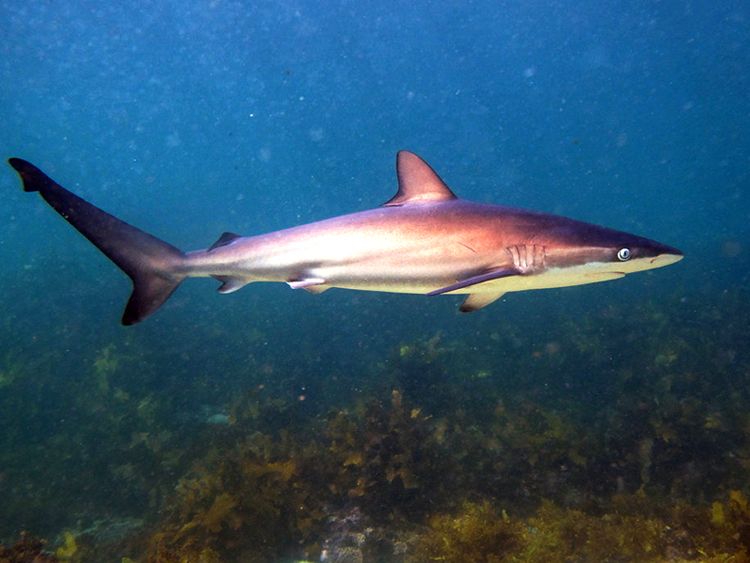 Weighing in at around 400 pounds, the dusky shark is one of the largest shark species to call the U.S. Atlantic coast its home. As formidable long-distance swimmers with major wanderlust, the dusky shark’s seasonal migrations can take it on sea voyages that can top 2,000 miles. Its strength extends to its jaws, possessing one of the most powerful bites of any shark species. But in spite of their bite, dusky sharks very rarely attack humans.

Before regulations were enacted in 2000 to protect the dusky shark from being intentional capture, U.S. fishermen aggressively hunted the species to satisfy demand for shark fin soup and shark liver oil. While the 2000 ban stopped direct hunting, thousands of dusty sharks are regularly caught as bycatch in commercial bottom longline fishing gear. This fishing method targets fish like tuna, groupers and snappers, but many other species, including dusky sharks, become trapped, too. As a result, the dusky shark population remains very low and the species’ recovery is gravely imperiled. Government data suggests that as many as 4,000 dusky sharks are caught and discarded as bycatch each year.

Last year, Earthjustice represented Oceana in suing the federal government to finally put an end to the overfishing of dusky sharks in U.S. waters. In May 2016, Earthjustice secured a major settlement victory: the National Marine Fisheries Service agreed to complete new rulemaking at developing measures to address dusky shark conservation. 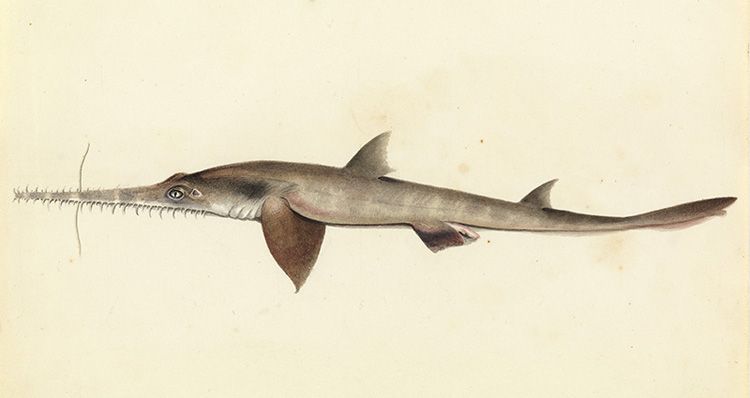 Sketch of a longnose sawshark.

True to its name, the longnose sawshark has a long, flat snout protruding from its heads that closely resembles a saw blade flanked with large teeth. Native to waters in southern Australia, these sharks aggressively move their saws from side to side, slashing at unsuspecting pray swimming by.

While this saw makes for a daunting weapon, it is also a highly adapted sensory organ. The shark’s snout is covered with specialized cells capable of detecting the small electric fields put out by other fish. When a sawshark detects fish hidden in the sand or mud of the seabed, it can use its saw to dig them out. Thankfully for us humans, these sharks prefer feeding primarily on small fish, squid and crustaceans. 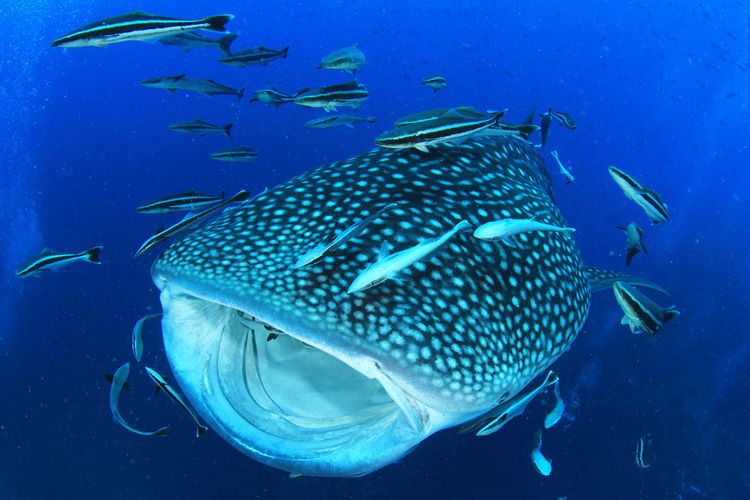 Reaching lengths of more than 40 feet (about the size of a school bus), whale sharks are the largest fish in the sea. Contrary to their name, whale sharks are not whales at all—they’re sharks. But unlike their carnivorous counterparts, these are filter feeders. They gracefully swim with their mouths open and stretched as wide as five feet filtering tiny plankton and fish eggs out of the water. While their size alone can be alarming, these sharks are docile.

These gentle marine giants gracefully roam tropical seas and are distinguishable from other large marine mammals by the white spots that speckle their brown and gray sides. Much like human fingerprints, spot patterns on whale sharks display uniquely on each individual. This allows scientists and researchers to identify whale sharks based on their spot patterns using computer software originally made for mapping stars. 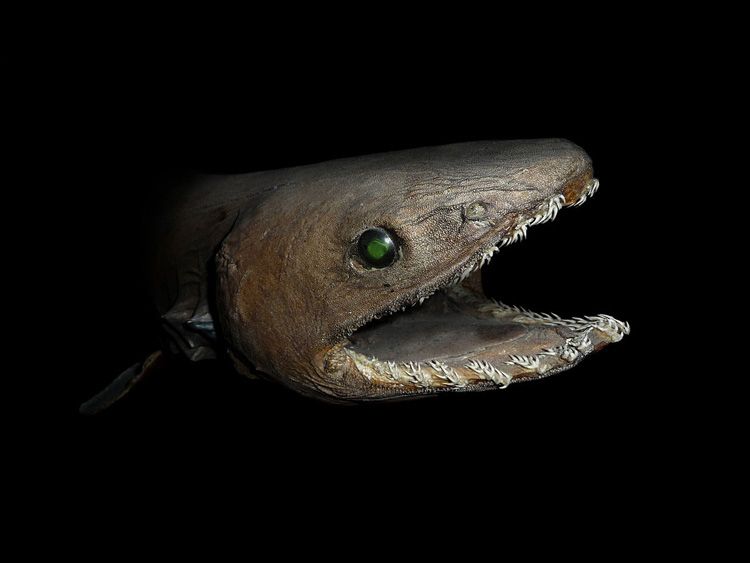 With a long, serpent-like body and more than 25 rows of razor-sharp teeth, the deep-water frilled shark looks like it has come straight out of a horror movie. The frilled shark’s ancestry dates back 80 million years and its prehistoric origins are clearly visible in its primitive shape. Scientists often refer to it as living fossil because it closely resembles species otherwise only known from the fossil record. Nearly all of this rare animal’s relatives are long extinct.

Humans rarely catch a glimpse of these shark serpents in their natural habitat—the dark waters up to 5,000 feet below the ocean’s surface. Relatively little is known about this species, making it all the more mythical and mysterious.

Temperature-Induced Sex Change Could Drive This Species to Extinction