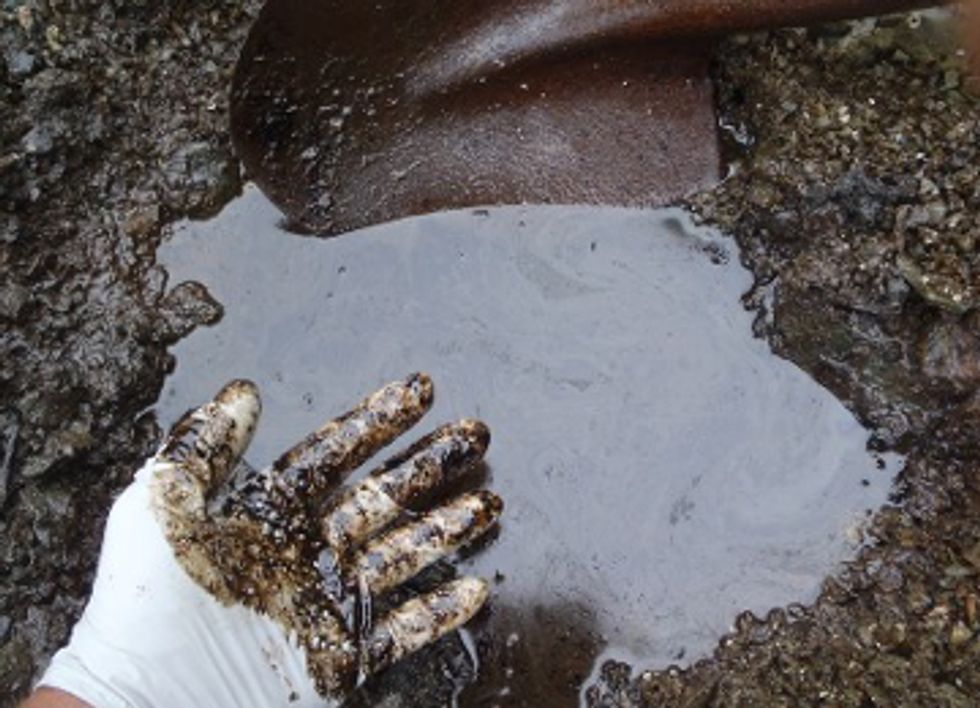 The Exxon Valdez oil spill occurred in Prince William Sound, Alaska, on March 24, 1989. About 11 million US gallons were estimated to have spilled.

Nearly 25 years after the massive Exxon Valdez oil spill in Alaska, the recovery plan for long-term natural resource damages sits on a shelf, according to documents posted by Public Employees for Environmental Responsibility (PEER). In recent court filings, the U.S. Justice Department and State of Alaska say they are still waiting for long overdue scientific studies before collecting a final $92 million claim to implement the recovery plan for unanticipated harm to fish, wildlife and habitat.

In 1989, the tanker Exxon Valdez spilled more than 11 million gallons of crude oil on the Alaska coast. The $1 billion 1991 settlement with Exxon (now ExxonMobil) called for an added payment of up to $100 million for environmental damages unknown at the time of the settlement. In 2006, the U.S. and Alaska jointly submitted a demand that ExxonMobil pay $92 million to fund recovery for these injuries.

That $92 million government “reopener” claim has never been collected. In a federal court filing on June 28, the U.S. Justice Department and Alaska cited “unforeseen contracting issues,” delays in “sample analysis” and stalled peer reviews as reasons why they have not begun implementing its “multi-phase restoration project” outlined back in 2006. In fact, the governments’ 2013 status report to the court reads remarkably like its 2012 status report, even repeating some language verbatim.

“The court is dismayed that so few of the projects that the governments had expected to be completed by now have been completed,” said U.S. District Judge H. Russel Holland in his order on July 1.

“Amazingly, it’s been seven years since the governments demanded this payment from Exxon but they have yet to collect a dime,” commented Rick Steiner, a PEER board member and retired University of Alaska professor who attempted to intervene in the case in 2010 to break the logjam.

“This travesty may be a foreshadowing of the official neglect we can expect after spills that will surely occur from drilling in the Arctic Outer Continental Shelf.”

The coastal ecosystem injured by the Exxon Valdez spill is still a long way from full recovery. Lingering oil has been degrading at a far slower rate than anticipated and is still affecting natural resources at toxic levels. Several marine species, from herring to otters to orcas, have not yet recovered from the spill.

“This litigation is the environmental equivalent of Dickens’ Bleak House but it is the public’s estate that is withering away,” stated PEER Executive Director Jeff Ruch, noting that the 2010 Gulf BP blowout, which has yet to reach settlement of what will be multi-billion dollar civil damage payments, is more than 20 times the size of the Exxon Valdez spill. “This reopener that won’t reopen should be an object lesson for how the civil damages recovery plan for the BP Gulf spill should be structured.”

The governments’ next status report to the court is not due until March 2014. The governments currently have $195 million in their Exxon Valdez accounts, not counting the unpaid $92 million reopener claim.