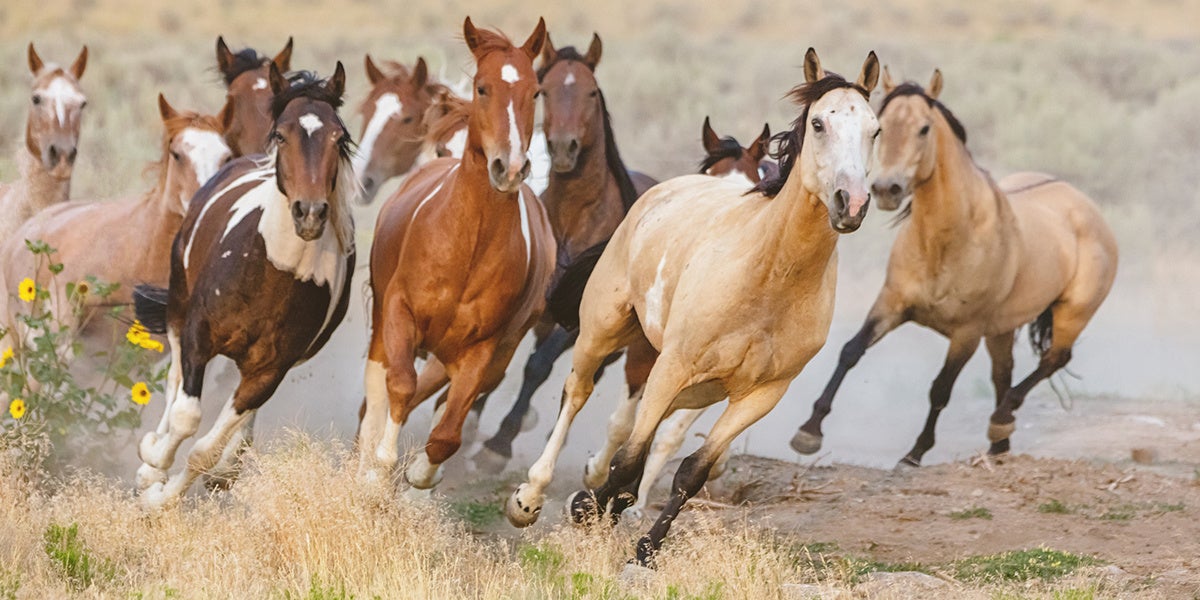 There’s great news for animals in the final 2018 budget bill that President Trump signed into law last week. The bottom line is this: the budget bill includes language to restrict funds from being used to harm horses and to address a purge of key animal enforcement records, it increases federal resources to enforce significant animal protection laws, and it omits riders that would have been devastating for wildlife.

The Humane Society Legislative Fund, the government affairs affiliate of the Humane Society of the United States, worked with animal protection champions in both chambers and with other stakeholders to secure victories on a number of fronts, including these key outcomes:

1. Maintaining the ban on horse slaughter.

The bill includes language to prohibit government spending on horse slaughter inspections, which effectively bans horse slaughter in the United States for human consumption. This language has been in place in every year’s budget but one since 2005, but was rejected in the House committee last summer.

The bill includes language to prevent the Bureau of Land Management and its contractors from sending wild horses and burros to slaughter, or from killing excess healthy horses and burros. A provision allowing wild horses who are removed from public lands to be transferred to federal, state or local governments to serve as workhorses makes clear that these horses cannot be destroyed for human consumption, or euthanized except upon the recommendation of a licensed veterinarian in cases of severe injury, illness, or advanced age. The explanatory statement accompanying the bill criticizes the Department of Interior and directs it to provide, within 30 days, a comprehensive, science-based proposal that “has the goal of reducing costs while improving the health and welfare of wild horses and burros, and the range.”

The omnibus bill does not authorize inhumane and scientifically unjustified trophy hunting methods on National Preserves in Alaska. This is a major victory because in February 2017 Congress enacted a rollback of a U.S. Fish and Wildlife Service rule prohibiting such practices—including luring grizzly bears with bait to shoot them at point-blank range, and killing wolf, black bear, and coyote mothers and their young at their dens—on 76 million acres of National Wildlife Refuges in Alaska, and the House Interior Appropriations bill contained a rider to undo a similar National Park Service rule barring such cruel trophy hunting methods.

The omnibus omits harmful language—present in both the House and Senate Interior Appropriations bills—directing the U.S. Fish and Wildlife Service to remove Endangered Species Act protections from wolves in the western Great Lakes states (Minnesota, Wisconsin and Michigan) and Wyoming, and barring judicial review of such action.

Following bipartisan expressions of outrage, the package directs the U.S. Department of Agriculture to restore inspection reports and enforcement records for horse shows, puppy mills, roadside zoos, laboratories and other facilities, which were purged from the agency’s website in February 2017.

The bill boosts funds for some key animal programs, such as $2 million more for USDA enforcement of the Animal Welfare Act, $1.5 million more in grants for veterinary student loan repayment, and $5 million more to train and provide therapeutic service dogs for veterans and soldiers. It holds the line against cuts in many other important accounts affecting animals, such as the Marine Mammal Commission and development of alternatives to live animal testing.

The good news notwithstanding, the omnibus package is not a victory across the board for animals. There are harmful provisions in it, too, including one that exempts factory farms (also known as CAFOs or concentrated animal feeding operations) from reporting toxic air emissions, and another that maintains a prohibition on the Environmental Protection Agency regulating toxic lead content in ammunition and fishing tackle, which poisons and kills wildlife.