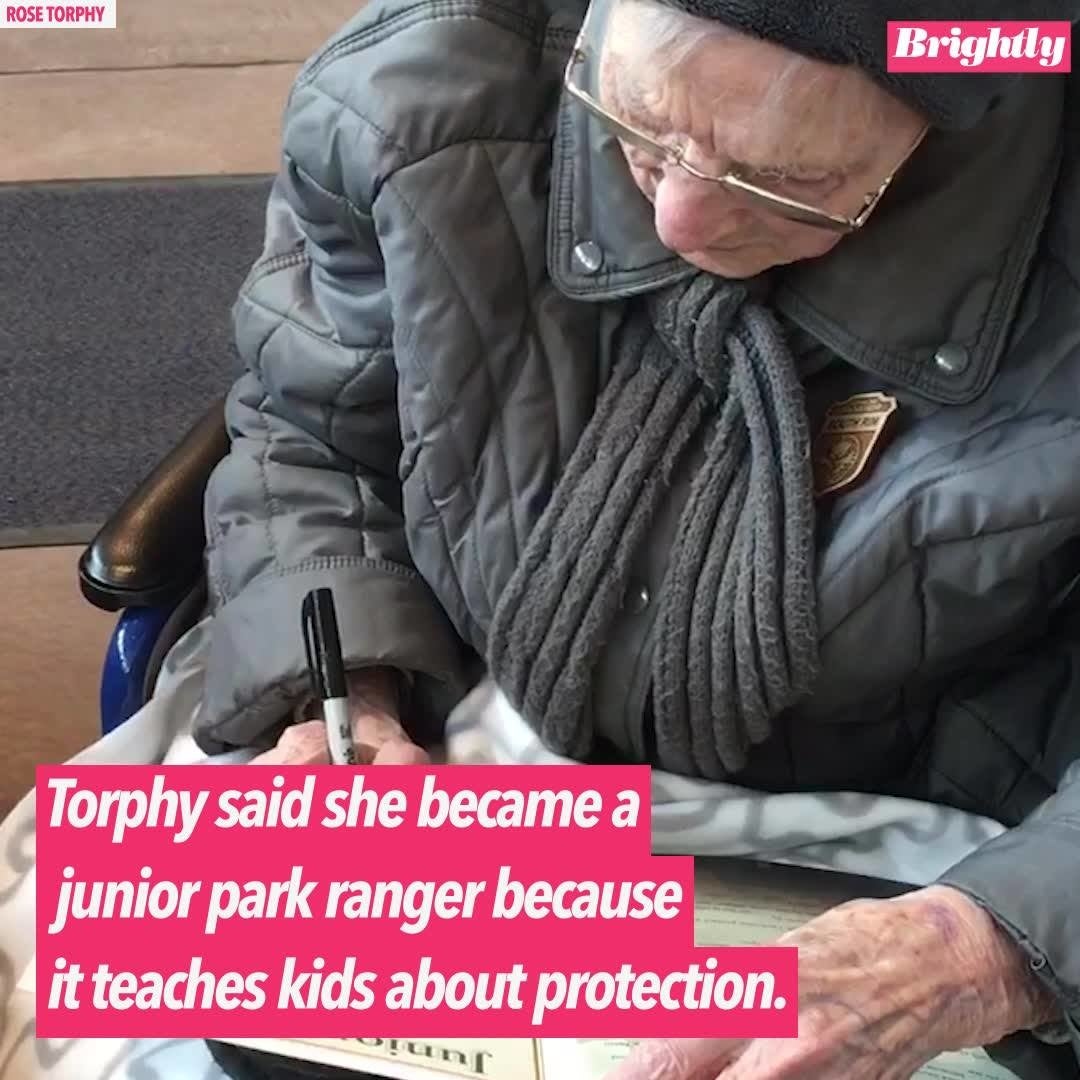 The Grand Canyon celebrates its 100th birthday as a national park this month, but it just earned itself a protector who is even older!

On Jan. 14, 103-year-old Rose Torphy visited the Grand Canyon with her daughter. While there, she stopped in at the park store and learned about the junior ranger program, then decided to become a junior ranger herself.

“I started talking to people about the junior ranger program because it teaches kids to protect the Canyon,” she told Good Morning America. “My parents taught me to care for the land but not all kids have that.”

This 103-year-old woman was sworn in as junior ranger at Grand Canyon National Park, even though she's older than the park itself! https://t.co/bL8YG0PSaf pic.twitter.com/QSLt7se4eK

The junior rangers complete an activity book with questions about the park and return it to one of the Grand Canyon’s visitor centers, according to the park website.

“Junior Rangers help to preserve and protect national parks. They learn about nature and history, have fun exploring the parks, and tell their friends, families, and schoolmates about their adventures. Junior Rangers continue to protect the environment at home and at school,” the park website explains.

Grand Canyon Conservancy Marketing and Public Relations Manager Alysa Ojeda told Good Morning America her organization had to “get creative” with programming for the junior rangers program during the partial government shutdown, which was ongoing when Torphy visited.

Torphy’s daughter Cheri Stoneburner told Good Morning America that her mother was taking her duties seriously and wearing her junior ranger pin on her coat.

“She’s a spokesperson for the park now. Everywhere we go, people ask her about her junior ranger pin and she says ‘you’re never too old to see the Grand Canyon!” Stoneburner said.

“I’m happy to protect it for my great-children to visit one day,” Torphy told Good Morning America.

The Grand Canyon celebrates 100 years as a national park on February 26, 2019. It was first set aside as a forest preserve in 1893, but the law at the time still allowed grazing, logging and mining to take place in preserves with certain justifications, according to Polishing the Jewel: An Administrative History of Grand Canyon National Park by Michael F. Anderson. It earned true protection from development in 1908, when President Theodore Roosevelt designated it as a national monument.

Today we honor the leaders of our nation on #PresidentsDay

President Theodore Roosevelt said in 1908, when he declared Grand Canyon a National Monument, "Leave it as it is. You cannot improve upon it. The ages have been at work on it, and man can only mar it." #100YearsOfGrand pic.twitter.com/V0rU9OsCs6

It was upgraded to a national park three years after the National Park Service was officially created.