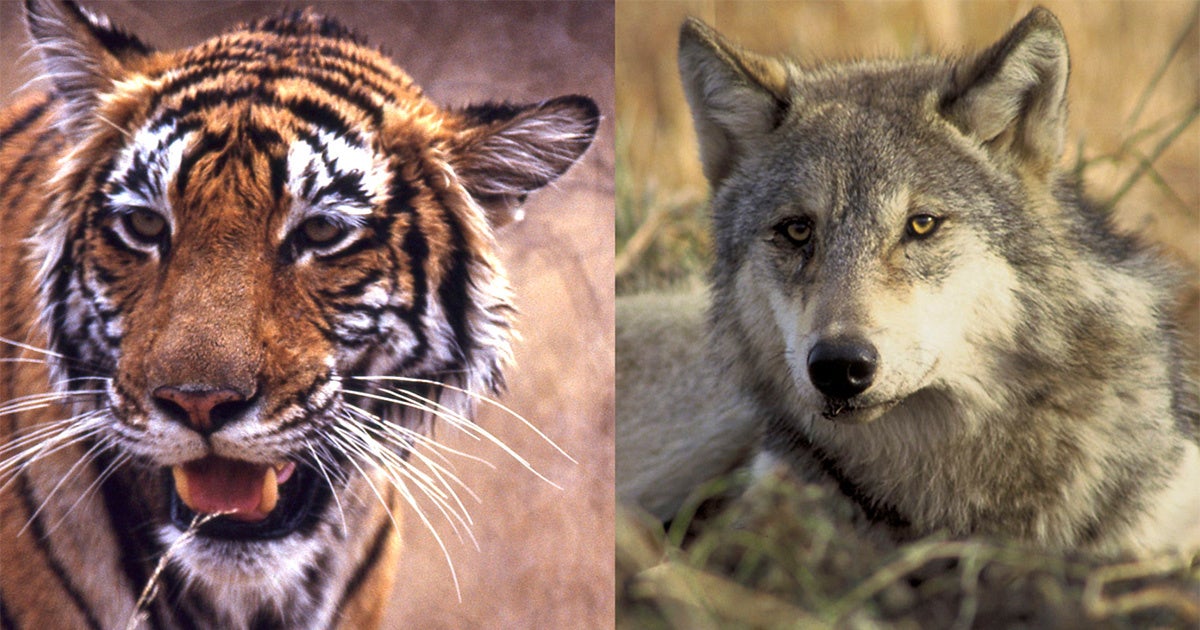 Do the species most in need of conservation also receive the most scientific research?

To answer that question, a new study examined the past five years’ worth of research into felids and canids—better known as wild felines and canines—and found some interesting patterns, as well as some notable omissions.

Of 4,351 published studies of the felid and canid families, 359 were devoted to tigers (Panthera tigris), and 579 examined gray wolves (Canis lupus). That’s more than 21 percent of all felid and canid studies focused on just two species.

On the other side of the spectrum, some species were rarely, if ever, studied. The rusty-spotted cat (Prionailurus rubiginosus) received just one study between 2013 and 2017, while no published studies examined the short-eared dog (Atelocynus microtis) or side-striped jackal (Canis adustus).

The results indicate a potential research bias toward large, charismatic predators that sit at the top of the food chain, at the expense of their smaller, less dynamic relatives.

Beyond simple counts by species, other potential biases emerged: Studies of felids mainly focused on conservation and wildlife management, while canid research tended to address diseases and other health issues.

The study, published in the journal Global Ecology and Conservation, was conducted by Laura Tensen, a postdoctoral research fellow in wildlife genetics at the University of Johannesburg. Tensen’s own research focuses on lions, leopard and African wild dogs, so she went into the study concerned about her own approaches. “The species that I have studied are in fact charismatic, which was part of the reason I wrote this article—perhaps to self-reflect my own research bias,” she said.

Two other observations inspired the paper: Tensen had found a lack of scientific information on some species, while others had a number of seemingly repetitive studies. “I noticed a lot of redundancy in science, where certain topics have been studied repeatedly,” she said. For example, her paper found that most conservation studies focused on population estimates and human-wildlife conflict, while only 1 percent of all studies tackled climate change or the illegal wildlife trade.

Crunching the numbers didn’t result in any real surprises—Tensen cites earlier studies that came to similar conclusions—but she hopes putting the results into clear statistics and graphs will have an impact on how future research is conducted. Researchers might, for example, decide to focus their work on species that are understudied, taxonomically unique, endangered or which live in small geographic ranges.

“Ideally, researchers should take these factors into consideration and challenge themselves to broaden their horizon,” Tensen said. “In reality, however, it is more difficult to get funding for elusive and endangered species that are not commonly known by the bigger audience.”

Toward that point, Luke Hunter, chief conservation officer at Panthera, the global wild cat conservation organization, said the main value of Tensen’s paper is that it illustrates which species are not getting studied, notably small carnivores such as the rusty-spotted cat.

“I think there is terrific value in launching new research on such unknown species,” Hunter said. “It provides the fundamental data that helps better understand how to conserve them, but they also represent a great opportunity to do basic science. One would think that prospect, with the possibility of writing seminal papers on previously unknown carnivores, would be a massive beacon to researchers—especially those in academia, who are the main audience for Tensen’s paper.”

Tensen said she’s making that switch a bit herself. “I would personally very much like to move to the ‘underdogs,’ and I have recently started projects with black-backed jackals, caracals and black-footed cats,” she said. “However, I can’t deny that large carnivores fascinate me and I would never turn such projects down.”

In fact, Tensen acknowledges, the appeal of large carnivores such as tigers and wolves—which her paper points out are often studied specifically because of their important ecological roles—helps research to get funded and therefore helps broader conservation issues. “Large and charismatic species are often targeted by conservation initiatives, which motivates research as well,” she said. “This doesn’t have to be a bad thing, because at least it helps to conserve nature.”

Hunter added that we can study both types of creatures. “It’s not a zero-sum game,” he said. “We need more conservation-focused science on many of the well-studied larger species in decline, such as African wild dogs, lions and tigers. These charismatic and endangered species will always attract researchers, and so they should. My hope is that we see a growth in research, especially in applied work that helps design effective conservation actions, on all carnivores.”

Meanwhile, researchers aren’t the only ones with biases. I asked Tensen if I should feel guilty knowing that The Revelator’s own home page frequent features charismatic species such as wolves and tigers.

“Don’t feel bad at all,” Tensen replied. “My desk is covered with wild dog and tiger pictures, so that makes me as guilty.”