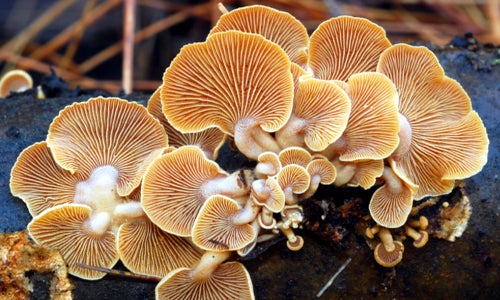 Through natural selection, adaptation and evolution, living organisms have been able to solve some of their most complex problems. As humans develop even more complex issues of our own, we are learning to look to nature as a model for solutions. 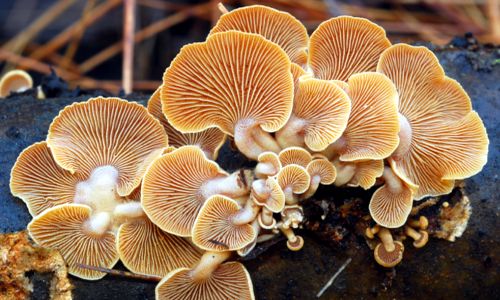 Earlier this month, new research emerged from Finland illustrating once again the amazingly powerful filtering properties of fungi. The findings of Erica Winquist in her dissertation for Aalto University show that fungi can be harnessed to clean polluted soil that otherwise may not be fit for disinfection using traditional methods.

Soil that has been polluted by organic compounds like oil can be treated by traditional approaches. However, such treatments are not effective against many other organic pollutants, such as polyaromatic hydrocarbons (PAH) and dioxins, which is where Winquist’s research comes in. 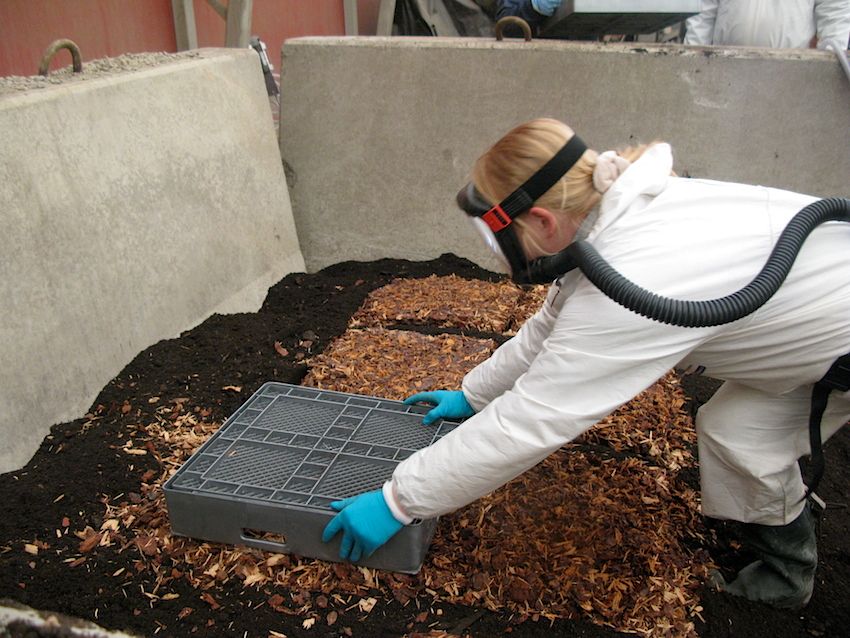 Fungus growing on the bark is placed into the soil in layers. Photo credit: Aalto University

Winquist’s breakthrough findings suggest that new, low-cost bioremediation methods could strip contaminated soil of organic pollutants—like PAHs and dioxins—which would make it available for reuse. Currently the favored, easiest and cheapest method of disposal is taking excavated soil to landfills that accept it for construction of new landfill sites. According to Aalto University’s news release, during 2005 and 2006, Finland transported almost 3 million tons of contaminated soil to landfills. A far more sustainable method would be to clean and repurpose the soil.

The procedure uses the mycelia of white rot fungi (Trametes versicolor) grown on pine bark—which is an ideal medium for growing fungi because the wood contains compounds that prevent the growth of other microbes. After four to six weeks the fungi culture is transferred to a treatment plant where the white rot mycelia grow in the polluted soil and break down the compounds with the very lignin-like structures that pollute it. In laboratory tests, up to 96 percent of PAH compounds and 64 percent of the dioxins were broken down in three months. The compounds are found in areas where there is distribution of fuels, waste treatment facilities and other various kinds of industry, like sawmills or prep plants, explains Winquist. 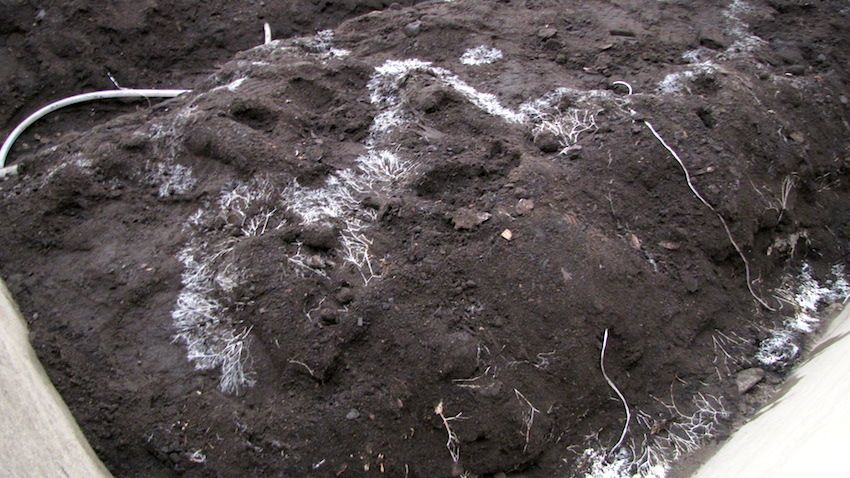 The pictures show how the fungus grows in the soil and on the surface. Photo credit: Aalto University

Exploring bioremediation as a real solution is slowly emerging around the world. This year in Oregon, the nonprofit Ocean Blue Project launched a project to test mushroom’s ability to clean up pesticides that plague waterways.

The research was carried out in cooperation with the University of Helsinki and the Finnish Environment Institute. Funding was provided through the Symbio programme run by Tekes, the Finnish Funding Agency for Technology and Innovation, as well as by the companies working with the program.