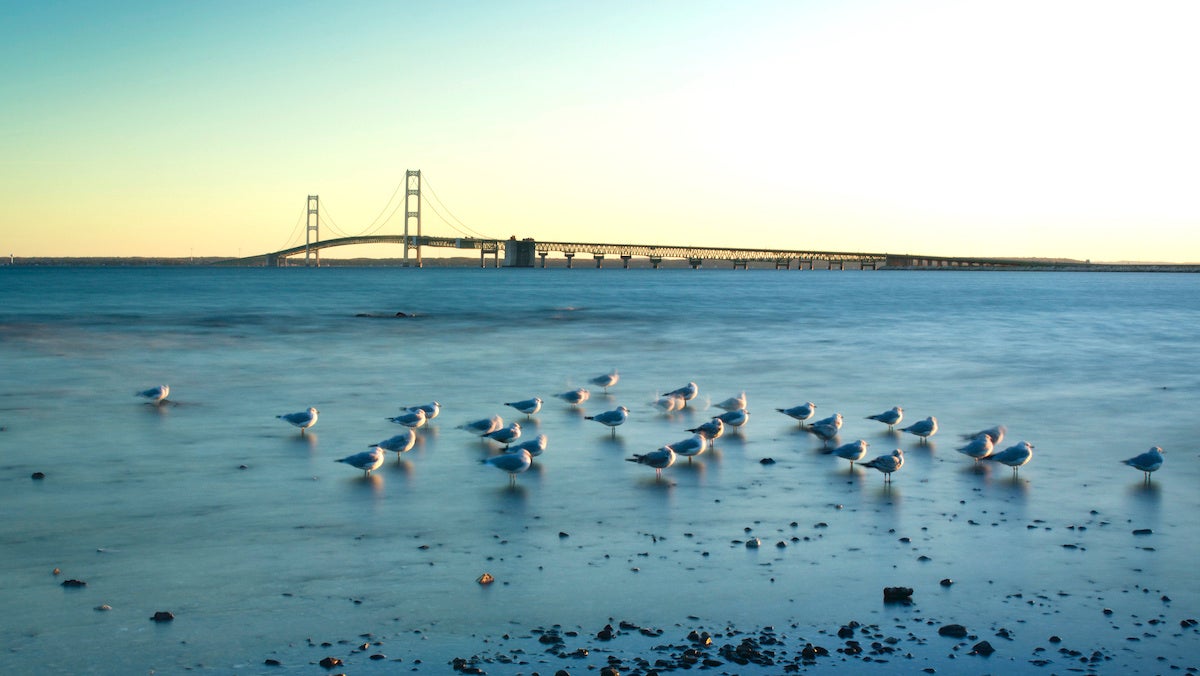 The Canadian company Enbridge is moving forward with plans to build a $500 million oil pipeline in the Straits of Mackinac. doug4537 / E+ / Getty Images

The Canadian company Enbridge is moving forward with plans to build a $500 million oil pipeline in the Straits of Mackinac, which runs between Michigan’s upper and lower peninsulas. The oil transportation company said it would go ahead with plans despite an ongoing lawsuit with Michigan, according to Kallanish Energy.

Enbridge Inc. has hired two companies to build the pipeline, which will run beneath the channel that links Lake Huron and Lake Michigan. The construction will replace twin pipes that have been under the Straits of Mackinac in Northern Michigan since 1953, as The Associated Press reported.

Michigan’s Attorney General Dana Nessel, a Democrat, has appealed to the state’s Court of Appeals to stop the construction. A lower court decided in October that an agreement between Enbridge and former Republican Governor Rick Snyder was legal and could proceed. The Michigan Court of Appeals decided not to halt the project while it considers the case, according to The Associated Press.

Despite the existing lawsuit, Enbridge says it expects construction to start next year and for a new tunnel to be in service by 2024, according to WLUC in Michigan.

The pipeline drew criticism from some of the Democratic presidential candidates. Last summer, Bernie Sanders tweeted that the Line 5 tunnel should be shut down, noting that Enbridge’s 6B pipeline spilled 1.2 million gallons of crude oil into the Kalamazoo River a decade ago. “Today, with the climate crisis worsening, we must #ShutDownLine5 pipeline in Michigan and ban all new fossil fuel infrastructure. What we need is a Green New Deal,” Sanders added to his tweet.

At the end of February, prior to dropping out of the race, Elizabeth Warren also recognized the threat the Enbridge construction posed, tweeting “Michigan’s Line 5 pipeline is a threat to millions who rely on the Great Lakes for clean water and a healthy economy.” She added, “Let’s #ShutDownLine5 and build a 100% clean energy future.”

Enbridge said that its success in court so far gave it the confidence to move forward with the project. “We feel like it’s time now for Enbridge and the state to work together and keep the project moving,” said Ryan Duffy, an Enbridge spokesman.

The Line 5 tunnel carries 23 million gallons of crude oil and natural gas liquids every day between Superior, Wisconsin, and Sarnia, Ontario. A near 4-mile segment divides into two pipes that run beneath the Straits of Mackinac, according to The Associated Press.

Besides the Kalmazoo River spill ten years ago, an Enbridge gas pipeline exploded in spectacular fashion two years ago. That pipeline in British Columbia exploded from stress and corrosion. As Reuters reported, “Police photos from a helicopter showed a nine-meter-deep crater and dozens of scorched evergreen trees at the site.”

Enbridge claims that it has done a thorough study of the sediment under the Straits of Mackinac and that it will be able to build the Line 5 tunnel safely and efficiently, according to Up North Live.

However, critics of the project do not agree with Enbridge’s assessment.

“We recommend that the authority looks at Line 5 holistically at the entire pipeline infrastructure in Michigan,” said Ashley Soltysiak, policy and program coordinator at the advocacy group Tip of the Mitt Watershed, to Up North Live. “The four miles in the Straits of Mackinac can’t be separated from the rest that poses a risk to citizen’s public health and safety.”

For Love of Water, an advocacy group, argued that Enbridge did not seek authorization for the project through the Great Lakes Submerged Lands Act as required under a common-law doctrine, according to The Associated Press.

Bypassing those laws is “one of the most egregious attacks on citizens’ rights and sovereign public trust interest in the Great Lakes in the history of the state of Michigan,” said Jim Olson, the group’s president, to The Associated Press.