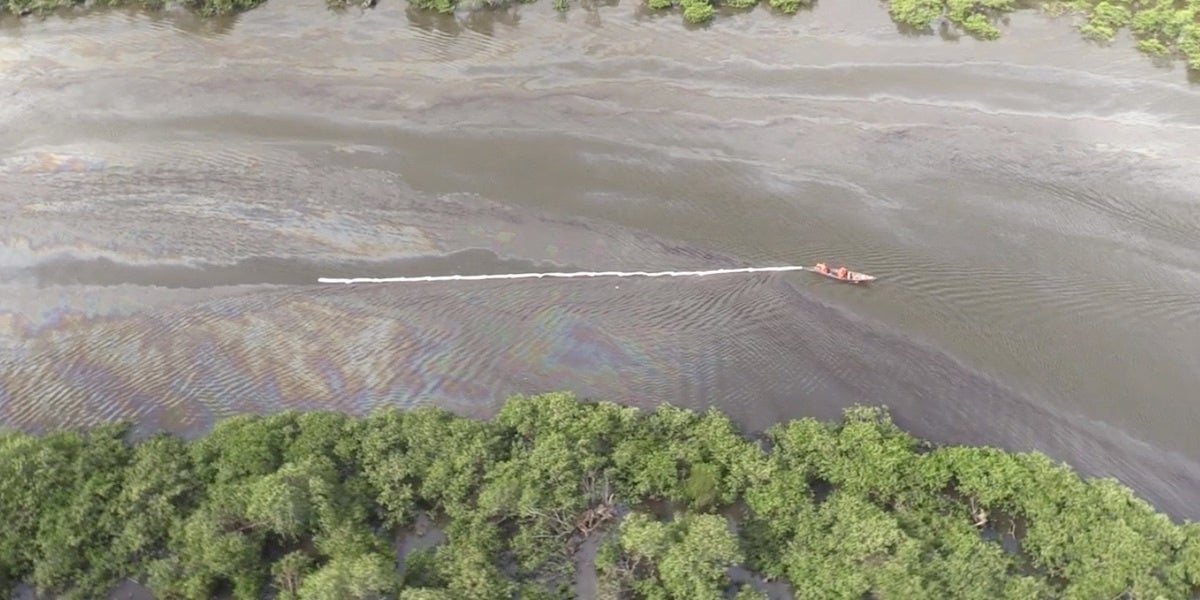 About 60,000 liters (15,850 gallons) of oil spilled from a
pipeline into the Estrela River and spread to Rio de Janeiro’s famed Guanabara Bay over the weekend, according to Reuters and local reports.

The pipeline is owned by Transpetro, the largest oil and gas transportation company in Brazil, and a subsidiary of Petroleo Brasileiro (commonly known as Petrobras). Transpetro claims the leak resulted from an attempted robbery.

“It was a leak of significant proportions, with an impact on the mangroves,” said Maurício Muniz, an analyst at the Instituto Chico Mendes, which is associated with the Brazilian environment ministry, according to Reuters.

Aerial footage of the accident shows large slicks of oil contaminating the waters.

Guanabara Bay was also the site of a major spill in January 2000, when a pipeline released 1,300,000 liters (340,000 gallons) of oil into the waters. The leak stemmed from an oil refinery operated by Petrobras.

Muniz said Saturday’s spill was the worst he has seen in the decade at his job, as quoted by the news website
Project Colabora. He added that the bay has not fully recovered since the 2000 spill.

“The scene I witnessed was devastating: oil concentrated with garbage mainly at the mouth of the Rio Estrela,” he explained (via Google translate). “The oil stain is almost reaching Paquetá [an island in Guanabara Bay].

Muniz said he is not sure if diesel or crude oil was released from the pipe.

Transpetro said that authorities have been alerted and its clean-up teams have already cleared 75 percent of the oil as of Monday morning, Reuters reported.

Latin America’s largest nation is enduring the worst recession on record. In recent years, Transpetro and Petrobras have become frequent targets of theft in which gangs steal the fuel to resell on the black market, Reuters noted.