National Public Lands Day: Free Entry for All and a Call for Volunteers 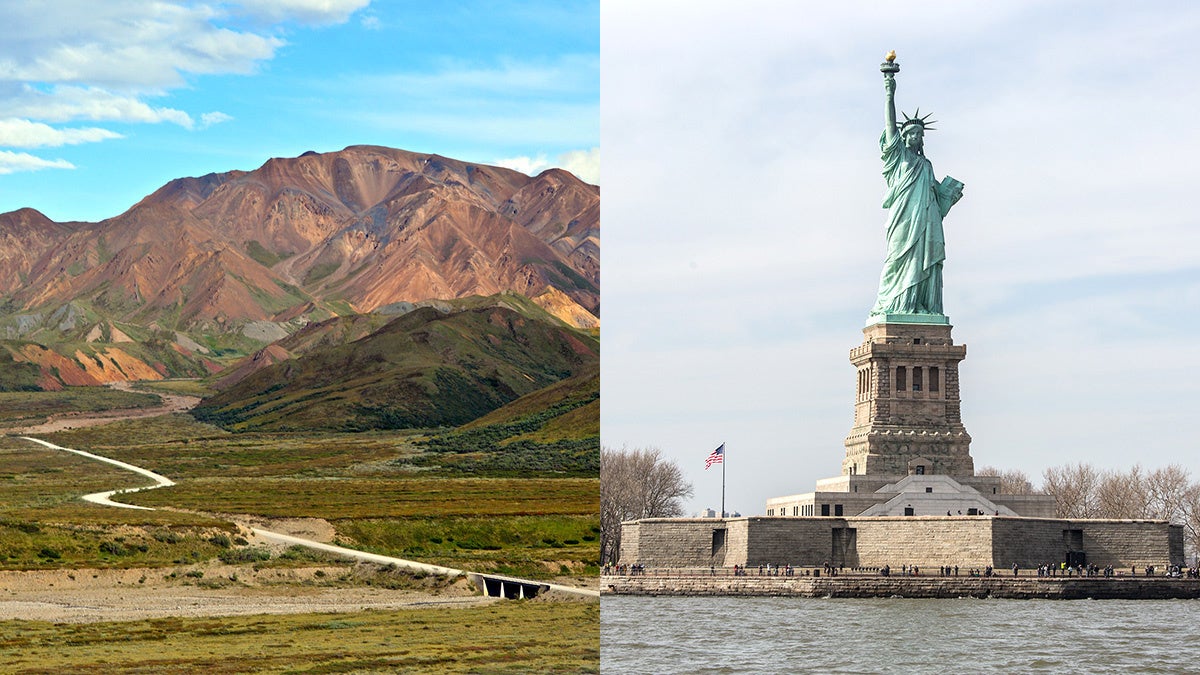 Entry to all 419 national parks is free on Sept. 28, from Denali in Alaska (left) to the Statue of Liberty (right) in New York. left: pontla / Flickr, right: Moody Man / Flickr

This Saturday is National Public Lands Day. The annual event, celebrated on the fourth Saturday of September, is the largest single-day volunteer effort to preserve America’s public lands. Even if you’re not volunteering, it’s easy to enjoy public lands since entry to all of the country’s 419 national parks is free, from Denali in Alaska to the Statue of Liberty in New York.

Entry is also free to sites managed by other federal agencies, such as the Bureau of Land Management and the U.S. Fish and Wildlife Service.

This year marks the 25th anniversary of National Public Lands Day, established in 1994. The National Park Service says, “It celebrates the connection between people and green space in their community, inspires environmental stewardship, and encourages use of open space for education, recreation, and health benefits.”

Each year, thousands of volunteers show up on National Public Lands Day to lend a hand with various projects designed to restore and enhance public parks, forests, waterways and more, according to the National Environmental Education Foundation (NEEF). Volunteers of all ages show up to assist with everything from trail maintenance to tree planting. The NEEF, which organizes the day, says it also features a variety of hikes, bike rides, community festivals, paddling excursions and other fun outdoor activities.

Volunteers also receive a free-entry coupon they can use another time.

The NEEF is expecting around 100,000 volunteers to roll up their sleeves and to take part in preserving the beauty of America’s public lands. If you want to find a way to volunteer near you, the NEEF has put together an interactive map.

“Volunteers are absolutely vital to parks across the country,” Meri-Margaret Deoudes, NEEF president and CEO, said in a news release, as the The Denver Post reported. “National Public Lands Day connects people to nature through service. It is the perfect opportunity to care for our public lands while spending time with family and friends and taking advantage of all the benefits that come from spending time outdoors.”

The Bureau of Land Management (BLM), which controls nearly 20 percent of public lands, has also put together a map for volunteers looking to get involved in a site near them.

In Colorado, BLM is asking volunteers to come out to help remove old barbed wire fencing along a mountain biking and hiking trail in the town of New Castle in the western part of the state.

“It’s a big job and we need volunteers to come help us out,” said Hilary Boyd, wildlife biologist with the BLM’s Colorado River Valley Field Office, in a news release, as the Post Independent of Glenwood Springs reported. “The old fencing is dangerous to wildlife and is no longer needed.”

If you’re interested in “maximum value,” Outside magazine put together a list of nine national parks with some of the steepest entry fees that are worth visiting.