Mining Powers Modern Life, but Can Leave Scarred Lands and Polluted Waters Behind 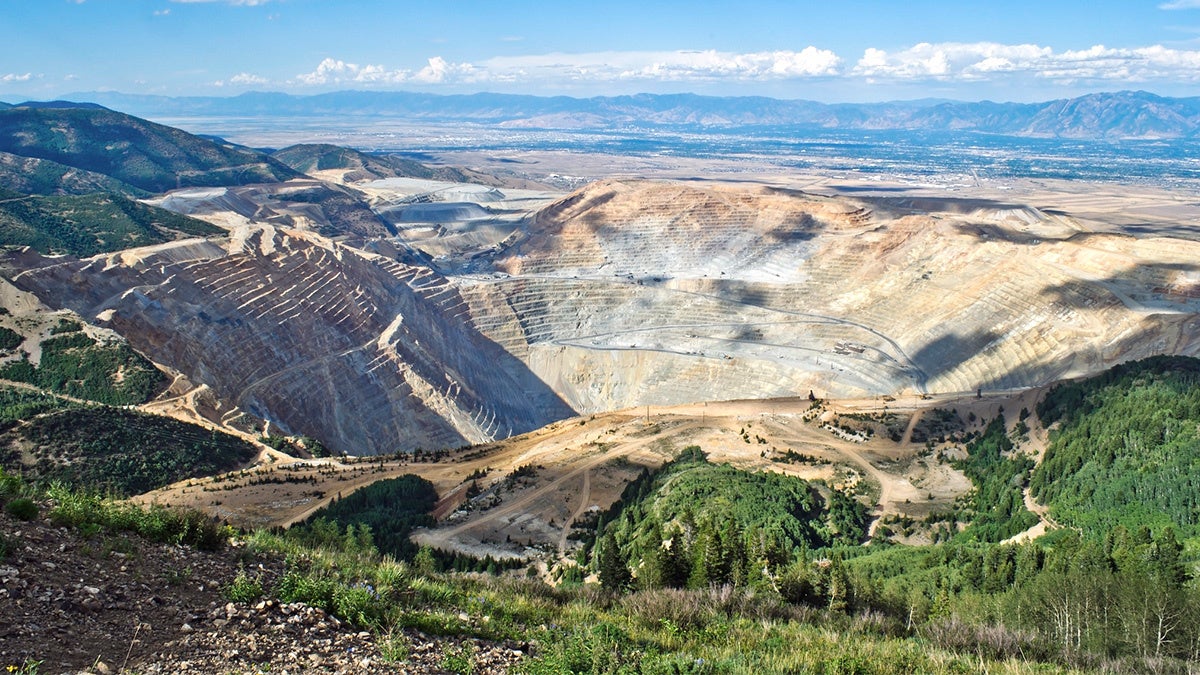 The Bingham Canyon open-pit copper mine in Utah has operated since 1903. David Guthrie, CC BY 2.0

Modern society relies on metals like copper, gold and nickel for uses ranging from medicine to electronics. Most of these elements are rare in Earth’s crust, so mining them requires displacing vast volumes of dirt and rock. Hard rock mining – so called because it refers to excavating hard minerals, not softer materials like coal or tar sands – generated $600 billion in revenues worldwide in 2017.

The Trump administration has revived several controversial mining proposals that previously were blocked or stalemated. They include the Pebble Mine at the headwaters of Alaska’s Bristol Bay and leasing around Minnesota’s Boundary Waters Canoe Area Wilderness. It also approved a large copper mine in southern Arizona, which was subsequently blocked by a federal court ruling.

In most locations, concentrations of copper, gold and other elements are too low to be extracted profitably. But in some spots they occur in seams of mineable, high-concentration minerals called ores. The economically viable concentration of a mineral depends largely on its market price. Gold ore can be viable at concentrations as low as 0.0001%, while copper becomes uneconomic below 0.5%.

To reach these deposits underground, miners tunnel, dig open pits or scrape through the earth’s surface. The choice of technique depends on factors including how consolidated the ore is, the geologic setting and the depth of the ore.

Deep mines disturb the smallest amount of surface land, but are inherently more dangerous for miners. Far below the earth’s surface, crews constantly risk encountering toxic gas fumes or stale air with no life-giving oxygen. Other dangers include earthquakes and equipment failures. In 2010, 33 Chilean miners spent over two months trapped underground in a copper-gold mine after a ramp collapsed, but ultimately were rescued.

Growing international emphasis on mine safety and changes in technology and ore quality have prompted a shift from deep mining to pit mines or surface mines, which access ores from the open air. Pit mines can be up to three-quarters of a mile deep, but typically cover less than 20 square miles. In contrast, surface mines typically extend less than 1,000 feet into the earth’s crust, but can extend over hundreds of square miles.

Along with metals such as gold, silver and iron, mines also produce materials including sand and gravel, crushed stone and Portland cement. USGS

Accessing ore typically involves blowing apart bedrock, removing it from the shaft or pit and storing waste materials nearby after extracting the ore. In these heaps of loose rock, known as spoil piles, previously buried raw minerals are exposed to air or water. Sulfur-rich compounds in the rock react with oxygen and water, producing sulfuric acid, which can lower the pH of nearby streams to levels comparable to lemon juice or vinegar.

At its worst this process, known as acid mine drainage, can kill most native aquatic life. If acid drainage reaches groundwater, it may persist for decades or centuries and start a cascade of other impacts that impair water quality throughout local river networks.

When acid mine drainage lowers a stream’s pH, other metals can also start to melt out of minerals in spoil piles, mine shafts or adjacent soils, leaching into soil and groundwater that intersects these areas. This creates waters with increased levels of cadmium, copper, lead and other heavy metals, which are harmful to aquatic insects, fish and human health.

These effects can be transported far downstream and last for generations. Old and abandoned mines around the world have harmed water quality long after mining has ceased. Their impacts can come as long-term slow leakage, or as sudden discharges like the 2015 Gold King spill near Silverton, Colorado, which released three million gallons of mine wastewater and debris into the Animas River.

According to the U.S. Government Accountability Office, there are at least 161,000 abandoned hardrock mining sites in the U.S. West and Alaska. Of these, at least 33,000 have contaminated water supplies or left piles of mine waste contaminated with arsenic behind.

Mining operations have also left thousands of square miles of land altered. In some cases, particularly mountaintop removal mining, entire land forms are permanently reshaped. For millennia the planet’s surface was configured by the slow geologic processes of wind and rain. In contrast, mining alters the very geology, topography, hydrology and ecology of sites within years or decades.

These earth-moving activities represent the kind of effect that has led many environmental scientists to argue that our planet has entered a new geologic epoch – the Anthropocene – where human choices have a greater impact on the earth than purely natural processes. Landscape evolution moves in very slow cycles, so these topographic and geologic impacts may last far longer than mining’s effects on water quality. And because geologic processes are slow, scientists don’t know how these landscapes will diverge or converge in their future evolution.

Like oil and gas producers, mining companies have to contend with the fact that the products they seek are scarce, and easily extractable pools have already been tapped, leading to decreases in ore quality. But demand for these metals continues to grow.

Economic imperatives lead companies to continue to push for new mines, either in the U.S. or abroad, where environmental controls may be weaker. And new projects are likely to move more rock, consume more energy and have longer-lasting impacts than those that preceded them.

Ensuring that mining operations are subject to effective oversight and long-term monitoring, and that companies are held accountable for environmental damages, is a long-term challenge wherever mining takes place. The best way to completely avoid the complications that come from mining more minerals is to reduce consumption of them, make mining processes more efficient and make it more economic to recycle industrial materials and rare earth metals.