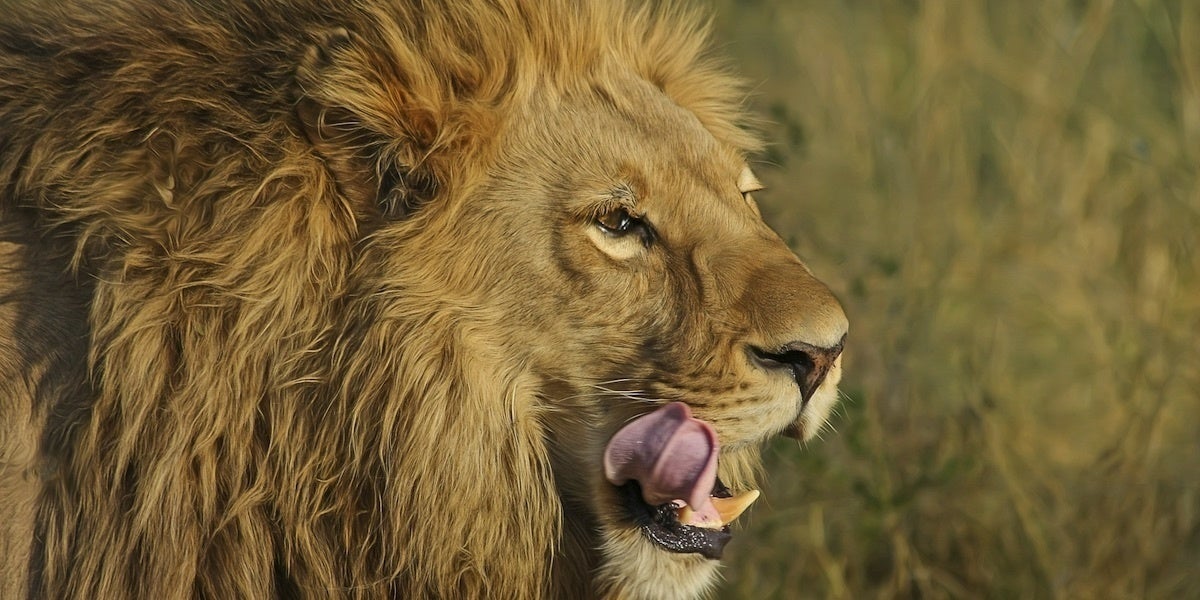 A suspected poacher was mauled to death and eaten by a pride of lions outside of South Africa’s famed Kruger National Park, according to media reports.

The victim’s remains were found over the weekend at a private game park near Hoedspruit in the province of Limpopo. The lions ate most of the body but left the head behind. A loaded hunting rifle was also found nearby.

“It seems the victim was poaching in the game park when he was attacked and killed by lions. They ate his body, nearly all of it, and just left his head and some remains,” Limpopo police spokesman Moatshe Ngoepe said in a statement.

The Daily Mail reported that the hunter was heard screaming for help as he was being attacked.

“A scream was heard and the lions were scattered by the sound of gunshots but it was too late to do anything for him. He was eaten,” said a local worker quoted by the publication.

Police are now trying to identify the dead man. “The process of identifying this body has already commenced and it might be made easier as his head was amongst the remains found at the scene,” Police Lieutenant-Colonel Moatshe Ngoepe said.

Between 1993 and 2014, populations of African lions declined by 43 percent, the International Union for Conservation of Nature (IUCN) said. The IUCN classifies lions as “vulnerable to extinction,” one step away from endangered. The IUCN classification is propped up by a 12 percent population increase in Botswana, Namibia, South Africa and Zimbabwe. However, outside of these four countries, lion populations have fallen by an average of 60 percent.

The decline is due to indiscriminate killing in defense of human life and livestock, habitat loss and prey base depletion, the IUCN said. Other causes include poaching and bushmeat trade, as well as an emerging trade in bones and other body parts for traditional medicine, both within Africa and in Asia.

The story has since gone viral and Twitter users have commented on the poacher’s death by lions as an act of karma. See below:

Karma is a bitch. https://t.co/IkKlhvldyR

I'd be lion if I said I felt bad for the poacher.https://t.co/0DQjvBVsX8

Nothing makes me happier than the headline: “Poacher eaten by lion.”

This must be what it feels like to enjoy football.

me upon hearing the news that a poacher was mauled to death by a lion pic.twitter.com/w9W7ra49eF