Going Solar Can Save You Big Time 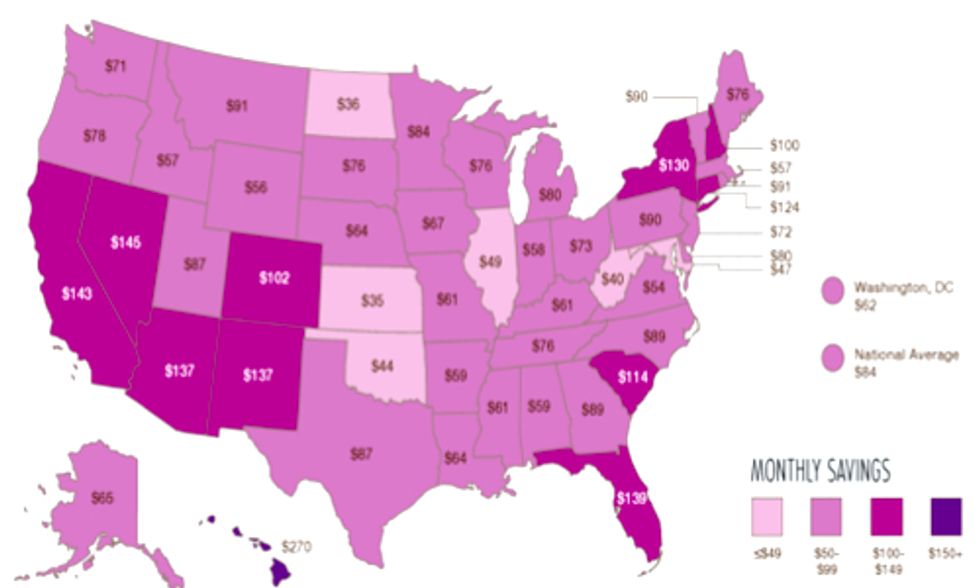 Aside from the natural concerns that accompany most changes, a five-figure price tag is oftentimes what unnerves people about going solar. Such a number presents it as a sizable investment—which it is–but doesn't immediately reveal the savings when compared to other forms of electricity.

This week, Cost of Solar, an online energy resource and national network of solar installers, estimated solar expenditures for all states as well as potential savings over a month and the long term. The national average cost is $17,056, but as Cost of Solar points out, the renewable form of energy is available for less than $10,000 in a handful of states. That's not counting local, state and federal incentives that might be available.

How Much Solar Costs in Your State

Solar users in 10 states are saving $100 or more each month when compared to old utility bills. Most of the country saves between $50 to $99.

What You Could Save Each Month

Glenn Cucinell, solar division manager at Encon Solar Energy Division, had a much higher overall estimate for Connecticut than Cost of Solar—$24,000, compared to $15,010—but said a mix of incentives in that state could drive the cost all the way down to $8,000.

Even some of the states with lower electricity rates would produce significant savings over time.

What You Could Save Over 20 Years

"What would you do with an extra $20,000," Cost of Solar asks in its blog post. "That's how much the average solar system will save you over 20 years. Residents in some states with electricity prices can expect to save much more than that—consider Hawaii, where residents save, on average, $64,000 after 20 years."