Here’s what we’ll cover in this guide to California solar panels:

Find the best price from solar panel installers in California.

How to Get Solar Panels in California

The first thing you need to do to begin your solar journey is find a local solar installer. Before you call, make sure you have a recent electric bill handy to give the company a general sense of what size solar system you’ll need.

The company will send a technician to your home to inspect and take measurements. It should always provide a free quote and an overview of the design for the solar equipment you’ll need.

Once you give the green light to start the installation, the company will perform a detailed survey of your roof, design your system and acquire any permits you need from your local jurisdiction. Your solar provider will then install your system and take care of connecting it to the grid.

California is one of the sunniest states in the nation and offers several solar incentives to its residents. This makes it one of the best places for solar in the U.S. The average solar customer in CA pays off their panels with energy savings and then saves an additional $29,734.

What Is the Price of Solar Panel Installation in California?

The average price of a solar installation in California is $11,466 after the federal investment tax credit (ITC), with most residents paying between around $5,700 and $17,500.

These estimates assume an average cost per watt of $2.73, which is a typical rate throughout California. Given the average cost of electricity and average monthly energy usage of CA residents, you’ll most likely need a six kilowatt (kW) system to offset your monthly electricity bill.

At these rates, most CA solar systems will pay for themselves within eight years — well below the national average. Assuming a lifespan of 20 to 25 years, most Californians save nearly $30,000 by switching to solar over their solar system’s lifetime as compared to sticking with fossil fuels. For a more detailed look at price information, check out this comprehensive guide to solar prices in California.

California is the number one state in the country for solar adoption, so you probably won’t be surprised to hear that its residents are spoiled for choice when it comes to solar brands. Having numerous choices is a double-edged sword since it means you have to do more research to find the best brand for you and your home.

Ultimately, high-efficiency brands reduce the amount of time it takes to recoup the cost of your system and increase your lifetime savings.

Below is a short list of some of the high-quality brands CA residents often choose:

While these brands are the most popular in the solar industry in California, keep in mind that this is not an exhaustive list. Don’t be afraid to ask up front what brands a company carries before requesting a free quote if you’re looking for a specific panel manufacturer.

Bear in mind that panels aren’t the only equipment you need to think about when choosing a solar company and brand. Inverters, roof mounts, battery storage systems and electric vehicle chargers are also important and vary in cost and quality between brands.

Is California a Good State for Solar Panels?

As mentioned above, California is largely regarded as the best state in the country for solar in terms of initial costs, lifetime savings and the availability of solar programs. Below are some of the top reasons why CA is an excellent state for solar:

The bottom line is that investing in a residential solar system is an excellent idea for virtually all Californians. While the statewide average cost per watt of $2.73 is slightly above the $2.66 national average, California’s abundant sunshine, generous incentive programs and short panel payback period make it one of the best investments residents of the Golden State can make.

How Much Energy Can I Get From Solar Panels in California?

The amount of clean energy a given solar power system produces depends on several factors, which makes it challenging to estimate your production. A property inspection and review of your electricity bills would be needed to get an accurate estimate. Some of the factors that influence production include:

While all of these factors play into your total efficiency and production levels, it is possible to estimate your numbers. The following table provides some information about how the average amount of energy varies with system size in CA.

You should check out our convenient solar calculator tool to see how much energy a solar panel system can produce on your roof for a more personalized estimate.

California has led the way regarding solar policy in the U.S. from the beginning. Its solar policy began back in 1976 when the state initiated incentives for businesses willing to invest in solar technology.

Flash forward to the late 90s, and we see residential solar installations starting to gain momentum. This was, in large part, due to the state’s passing of the Electric Utility Industry Restructuring Act in 1996. The bill served to deregulate energy companies in California, giving the state’s residents the freedom to choose their own energy provider.

In the same year, California installed statewide net metering policies that guaranteed Californians the ability to sell the excess energy their panels generate back to their utility companies.

These early progressive stances on residential solar paved the way for California to become the number one state in the country for solar energy investments decades later.

About ten years after the Utility Restructuring act in 2006, then-Governor Arnold Schwarzenegger passed the California Solar Initiative (CSI), a move that started the ball rolling for state-sponsored renewable energy programs.

The CSI was a resounding success, reaching its lofty goal of installing nearly 2,000 megawatts (MW) of solar capacity by 2016, two years ahead of schedule.

More recently, in 2018, California’s state government established the California Energy Commission (CEC), which stipulates that all new homes must be built with solar panels starting in 2020. The state is also committed to increasing its long-term solar production by aiming to eliminate its carbon footprint entirely by 2050.

CA is well on its way to reaching these targets, with an estimated 25 gigawatts of solar energy production capacity already installed across almost one million separate solar projects.

California also raised more than $40 billion for solar installations as of 2018. This is strong evidence that the state’s solar movement isn’t losing any steam despite the staggering investments that have already been made.

To say that California leads the country in solar capacity is a gross understatement. California’s progressive approach to solar energy at the state level has catapulted it well ahead of the field. A 2018 report from the Solar Energy Industries Association (SEIA) showed that California had a greater solar capacity than the next eight highest solar-producing states.4

What Are the Solar Panel Incentives in California?

California offers its residents some of the best solar incentives of any state in the country.

It uses incentives to encourage residents to switch to solar to help combat climate change while simultaneously saving money on their monthly energy bills. Below, we’ll explain some of the most compelling programs Californians can take advantage of when converting to solar energy:

Some local jurisdictions offer additional incentives above and beyond the state and federal programs above.

Rancho Mirage Energy Authority (RMEA) offers a $500 rebate to its customers who install a home solar panel system. Sacramento Municipal Utility District (SMUD) offers a similar option to its customers that can return as much as $2,500 to a homeowner for installing solar systems with battery backups.

To learn more about the programs available to you as a Golden State resident, check out this guide to California’s solar incentives.

Find a Local Installer in California

The company you choose to tackle your solar project is one of the most important decisions you need to make when going solar — it will have the biggest effect on your experience during installation and maintenance down the road.

Below, we’ll include links to company rankings for some of the largest cities in California: 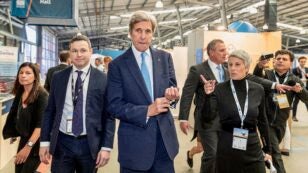 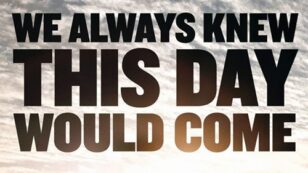