Here’s a quick look at the estimated cost of solar in Connecticut:

As a homeowner in Connecticut, you may be wondering: How much do solar panels cost in your area? In this article, we’ll discuss the average cost of a solar installation, how much that can save you on energy for your home and what incentives are available in your region. If you want to jump straight to getting a quote for an installation, you can follow the links below to speak with a verified professional. 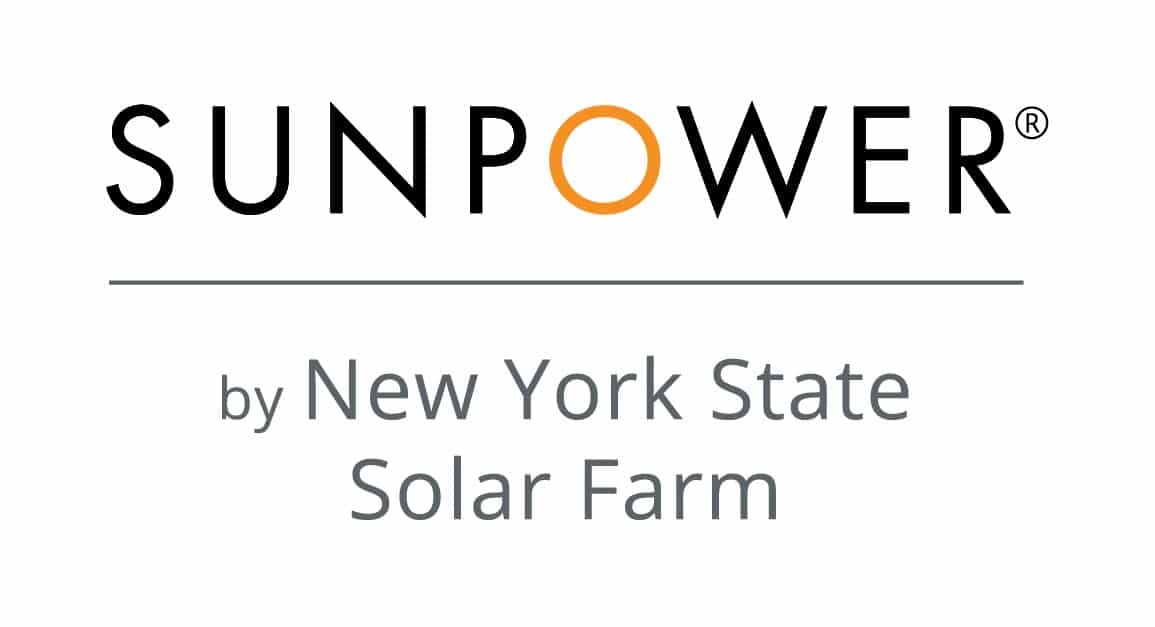 Cost of Solar Panels in Connecticut

Most solar panel systems in Connecticut cost homeowners around $2.80 per watt, which is higher than the national average per-watt cost of $2.66. The majority of homeowners throughout the state require a 7.5-kW system to offset their electricity costs, which comes out to an average of $21,000 before the federal tax credit or $15,540 after it’s deducted. Despite a high per-watt price, this total cost in Connecticut is lower than the national average due to smaller system requirements than in most states.

Connecticut has some of the highest energy costs in the entire country, with the average homeowner paying $161 per month, according to the U.S. Energy Information Administration (EIA). The high electricity rates coupled with the state’s great net metering program make converting to solar energy an excellent investment for most Connecticut homeowners.

Many factors will influence the total you pay to convert to clean energy, but the most significant one is the size of the system you require. System size is primarily based on monthly energy consumption, and each additional kilowatt needed will bump your total cost up by around $2,800. The table below provides average prices before and after the federal tax credit for typical solar energy system sizes in Connecticut.

What Determines the Cost of Solar Panels in Connecticut?

Solar panel systems in Connecticut typically fall between $10,360 and $22,792. The price range is so large primarily because every home will require a different size system, but there are other factors at play as well. We’ll explain three other major cost factors to consider below.

The solar equipment you install in your home can bring your costs up or down by thousands or even tens of thousands of dollars. There are two things related to the equipment you’ll need to think about that can affect your pricing: brand and type of equipment.

There are many solar manufacturers to choose from in Connecticut, and the equipment from each varies wildly in price, as well as durability and energy efficiency. Even for the same size system, there can be a significant price difference between the most efficient solar panels and the most affordable panels.

In an area like Connecticut, where electric rates are exorbitant, many homeowners choose to pay more upfront for high-efficiency panels, like the Maxeon panels from SunPower. These come with higher costs but often save more in the long run.

You’ll also need to consider the type of equipment you want to be included in your home solar project. Most residential solar systems include panels and inverters, but you can customize your setup with add-on products like solar batteries — like the Tesla Powerwall — and electric vehicle chargers. These products add to your upfront cost but can also increase the value and efficiency of your system.

With the average cost of going solar in Connecticut sitting around $21,000 before the federal tax incentive, many homeowners throughout the state find converting to renewable energy prohibitively expensive. Solar financing is a payment option afforded by most solar installers and other third-party lenders, and solar loans can give you access to solar power systems without the high upfront cost.

However, solar financing does come with a downside, which is the interest that is added to the cost of the system. Over the loan term — usually five to seven years but sometimes up to 20 years — you could be adding thousands of dollars to your all-in cost. Using a solar calculator to determine all expenses, including interest, could be helpful in determining if solar is right for you.

Additionally, it’s important to note that paying more upfront in your down payment will mean less interest paid over time and an overall lower price. Larger down payments might also lower your APR, leading to more significant savings.

The last major factor you’ll need to consider when estimating your cost to go solar is the solar panel installation company you choose. According to the Solar Energy Industries Association, there are around 56 solar installers that serve Connecticut homeowners. Each has different prices for equipment, labor and warranties.

Some of these companies will appear more expensive if they only carry high-quality equipment, like SunPower panels and Tesla Powerwalls. As such, it’s helpful to compare companies based on the value provided as well as the cost.

It could be easiest to start with the size of the company when comparing value. Larger national companies typically have lower pricing because they buy equipment in bulk. Smaller local companies have higher pricing in most cases, but they also usually have better customer service and more equipment options. Smaller companies sometimes offer discounts to compete with bigger competitors, so it’s helpful to shop around.

The most attractive incentive available to Connecticut residents is the federal solar investment tax credit, commonly abbreviated as “ITC.” This credit is for 26% of your system cost, and it gets deducted from your federal income taxes owed — or paid via check if you get money back. In Connecticut, where the average system cost is $21,000, that’s a typical rebate of $5,460.

The ITC rate will drop to 22% in 2023 and will no longer be available as of 2024 unless the bill is renewed by Congress. Homeowners looking for the maximum rebate should plan to install solar in 2022.

Net metering is a billing policy offered by many electric providers and mandated by a number of states, including Connecticut. It allows your electric meter to run backward. All excess energy you produce and send to the grid will be credited against the power you pull from the grid when your panels are underproducing, like on a cloudy day or at night. The policy makes it significantly easier to eliminate electric bills.

Net metering is available in Connecticut, although the rate at which overproduction is credited will vary based on your electric company. Most homeowners will have Eversource net metering, which is a great option. Energy credits for overproduction will accrue throughout the year and help reduce electric bills year-round.

The credits will zero out annually, and you’ll be paid for any energy you produced over the electricity you used. Eversource doesn’t pay the full retail value when zeroing out your credits, but you can still get paid by your electric company instead of the other way around.

Finally, there are some local solar rebates available to Connecticut homeowners as well.

First, Connecticut offers a sales and use tax exemption, which means you won’t pay sales tax on your solar equipment. With a usual system cost of $21,000 and an average sales tax rate of 6.35%, that’s a typical savings of $1,333.50.

As of the end of 2021, the Residential Solar Investment Program from the Connecticut Green Bank Solar Program is no longer available. However, it has been replaced with the Residential Renewable Energy Solutions from the Public Utilities Regulatory Authority (PURA), which establishes new rules for selling excess energy and net metering.

Solar incentives in Connecticut change frequently, so it’s best to check the DSIRE database for additional rebates, grants and other benefits.

The EcoWatch team has identified the best solar panels available in Connecticut based on efficiency, availability and durability. The most popular and best brands are listed below, along with relative pricing for each.

The EcoWatch team gets many questions from Connecticut residents about the process and cost of going solar. Below are some of the questions we see most often, along with our responses.

Solar isn’t cheap in Connecticut, with an above-average per-watt price of $2.80. For the typical 7.5-kW system required to offset electricity usage in the area, that comes out to $21,000 before the federal tax credit or $15,540 after the rebate. Although solar installations are relatively expensive in CT, most homeowners end up saving in the long run due to the high electricity costs.

Additionally, your price may vary depending on your energy consumption, home size, roof orientation, shading from trees on your property and more. It’s best to get a quote from a reputable solar installer that will assess your home and your specific needs.

It’s important to note that your home value will only increase if you buy your equipment outright or acquire it with a solar loan. Solar leases and Power Purchase Agreements (PPAs) do not boost your home value.

No, solar panels are never free in Connecticut. Companies that advertise “free panels” aren’t really offering free panels. Instead, they’re trying to get you to sign a solar lease or Power Purchase Agreement (PPA), neither of which is advisable.

With that being said, many homeowners in Connecticut effectively get their solar panel systems for free and even save money after the system is paid off. The average expected lifetime savings from going solar in CT is a massive $42,705, given the high electricity costs avoided with an appropriately-sized photovoltaic system. Those savings don’t even account for the average property value increase of $13,706.

Yes! Connecticut receives a good amount of sunlight and has an excellent net metering policy, which means eliminating your electric bills in CT is relatively easy even if you don’t have a solar battery. Most homeowners throughout the state need at least a 7.5-kW system to offset electricity costs entirely.

The cost of your solar system will always be an important factor, but it’s usually not the most crucial one in Connecticut. Electricity rates are higher in CT than in most states, so the added savings you’ll enjoy when opting for solar panels with a high production capacity usually far outweighs the higher upfront cost of higher-efficiency equipment.

Most homeowners in Connecticut need around a 7.5-kW solar panel system, but the answer to this question for your home really depends on many factors. System size is predominantly based on monthly energy usage, while home size, roof size and property shading are also considered.

The only way to get an accurately-sized system is to get an estimate from a reputable solar installer in your area that can design a system to meet your needs and expectations.