Here’s a quick look at the estimated cost of solar in Nebraska: 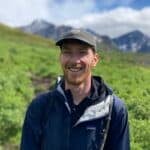 Written by  Karsten Neumeister
Karsten Neumeister, Solar Expert
Article author
Karsten is an editor and energy specialist focused on environmental, social and cultural development. His work has been shared by sources including NPR, the World Economic Forum, Marketwatch and the SEIA, and he is certified in ESG with the CFA Institute. Before joining EcoWatch, Karsten worked in the solar energy sector, studying energy policy, climate tech and environmental education. A lover of music and the outdoors, Karsten might be found rock climbing, canoeing or writing songs when away from the workplace. Learn More About This Person 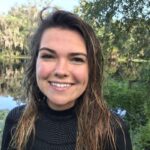 Reviewed by  Melissa Smith
Melissa Smith
Expert reviewer
Melissa is an avid writer, scuba diver, backpacker and all-around outdoor enthusiast. She graduated from the University of Florida with degrees in journalism and sustainability studies. Before joining EcoWatch, Melissa worked as the managing editor of Scuba Diving magazine and the communications manager of The Ocean Agency, a nonprofit that’s featured in the Emmy award-winning documentary Chasing Coral. Learn More About This Person

Cost of Solar Panels in Nebraska

Solar panel systems in Nebraska cost around $2.83 per watt, which is significantly above the national average cost of $2.66. Most Nebraska homeowners spend an average of $109.39 on their electric bills per month, and this energy consumption requires a system size of 10.5 kW to offset. At $2.83 per watt, that’s a typical cost of $29,715 before the 30% federal tax credit, or $20,800 after the credit is considered. This total is above the national average due to the higher per-watt cost.

The size of the photovoltaic system needed will typically be the most influential cost factor. Each kilowatt you need to add to your solar array will add approximately $2,830 to your total. Most Nebraskans need a system that’s around 10.5 kilowatts, but the table below provides some other common sizes in the area, along with average pricing before and after the 30% federal tax credit.

What Determines the Cost of Solar Panels in Nebraska?

As shown above, the size of the system, which is mainly determined by your average monthly energy needs, is the most influential cost factor to consider when pricing your solar panel system.

Aside from size, the below factors can also play a significant role in what you’ll pay to convert to renewable energy. 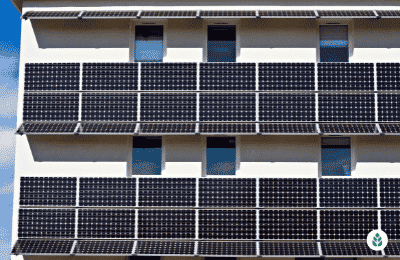 It’s not just how many panels, but which brand of panels (and other necessary solar components) you choose that can raise or lower your total solar system cost.

Believe it or not, Nebraska is the 14th sunniest state in the nation, which means you probably won’t need the most expensive, high-efficiency solar panels to power your home, so long as your solar panel array is well-positioned to receive direct sunlight.

In simpler terms, this means more affordable solar panels like Silfab or QCells will work efficiently enough to get the job done.

However, if your roof receives periods of sunlight obstruction, you may want to spend a bit more money on higher-efficiency solar panels with half-cell technology, like REC, to ensure your system still produces energy even when partially shaded.

Nebraska is no stranger to inclement weather, seeing thunderstorms, tornadoes and an annual snowfall of 28 inches. For this reason, many Nebraska homeowners choose to add a solar battery to their solar system to keep the lights on in the case of any power outages.

Solar batteries can add about $10,000 to the final project costs.

You won’t have to worry too much about having snow on your solar panels, as it typically melts off without too much harm (and provides free panel cleaning). However, if you live in an area that tends to see heavy snowfall, you may want to consider investing in more durable solar panels.

As we’ve mentioned, it’s a bit more expensive to go solar in Nebraska compared to other states. While paying upfront will save you the most money in the long run, most homeowners aren’t able to shell out $29,715 in cash for the 10.5 kW system needed to power a typical Nebraska home.

However, there are financing options throughout Nebraska that can help its residents purchase a system without having the break the bank.

Some cities and municipalities in Nebraska will offer additional rebates or grants that can help lower the cost of your solar panel system. Be sure to ask your solar installer about what options are available to you or check out the DSIRE database for more financing information.

There are over a dozen solar installers in the Cornhusker state, yet it’s unlikely you’d receive two identical quotes for your solar panel system. Each company offers different pricing based on individual labor costs, availability, experience and brands offered.

Some of the top solar companies operating in Nebraska include GenPro Energy, GRNE Solar and ADT Solar (formerly SunPro Solar).

GenPro Energy is a great company that’s known for low prices, but its warranty doesn’t cover physical protection (only performance), which may not be ideal given the frequency of tornadoes in the state. Comparatively, GRNE will cost you a bit more but offers a 25-year equipment warranty.

It’s important to consider all of these factors before rushing to choose the company that offers you the best quote. Remember that the lowest price doesn’t always mean the best deal.

See also: Calculate the costs and savings you can get from installing solar panels

Additional Considerations and Costs in Nebraska

We’ve covered the main factors affecting solar panel installation costs, but there are other considerations unique to Nebraska that you’ll want to consider before installing solar panels. 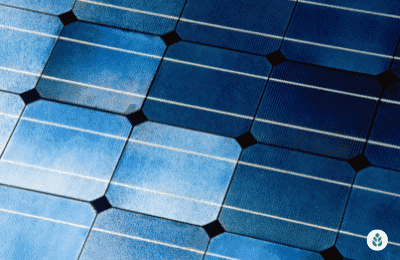 According to the Solar Energy Industries Association (SEIA), Nebraska is ranked 46th in terms of solar friendliness among the 50 states. Still, there are some tax incentives and benefits to going solar in Nebraska. We’ll discuss the most prominent incentives available to Nebraskans below, which are aimed at making the process of going solar more accessible.

One of the most important decisions you’ll have to make when it comes to installing solar in Nebraska is the equipment brand you choose. The table below provides some of the best solar panel brands with relative pricing for each so that you can see how they stack up against other popular options.

If you’re ready to find out how much solar panels would cost for your Nebraska home, select one of our preferred providers below for a free, no-obligation quote.

We get questions from Nebraska homeowners on a daily basis about the costs and benefits of going solar. Below are the questions we get asked most often, along with our responses. If you have specific questions that aren’t answered here, reach out to our team of solar experts at solar@ecowatch.com.

Solar panel systems in Nebraska cost an average of $2.83 per watt. Most homeowners in the state require a 10.5-kilowatt system to offset their energy consumption, which comes out to a typical system total of $29,715 before the federal tax credit or $21,989 after.

The cost of your solar energy system can vary by thousands of dollars depending on many factors. For an accurate estimate, you’ll need to contact a reputable solar installer to assess your home and consider your house size, your monthly energy needs, the equipment you want, shading on your property, and much more.

Yes! The boost in property value you’ll enjoy from going solar in Nebraska is one of the most appealing factors for many homeowners. However, your home value will only increase if you pay for your panels with cash or a solar loan.

According to data from Zillow, most homes get bumped about 4.1% in value when a solar system is installed. Given the average home price of $225,552 in Nebraska at the time of publication, that’s an average value increase of $9,248 — nearly half the average cost of going solar! Your value increase can be even higher if you live in a more expensive area, like Lincoln or Omaha.

You might, on occasion, see some solar companies offering to install “free panels.” What these installers are really doing is getting you to sign a solar lease or power purchase agreement (PPA), so the panels aren’t really free. Instead, you’ll be missing out on the long-term savings, the property value increase, and the federal and state tax incentives you’d enjoy if you purchased or financed your panels instead.

If you do use a cash purchase or take out a solar loan to acquire your panels, they will almost certainly pay for themselves in time. The average estimated solar panel payback period in Nebraska is 16 years, after which they will have paid for themselves and saved you additional money.

Yes, it is possible to eliminate your energy bills in Nebraska by going solar. However, because the net metering program in the state allows utility companies to buy excess energy production at a rate that’s lower than retail, it will be more challenging in Nebraska than in other, more solar-friendly states. Still, it’s possible to drop your electricity bills to $0 per month, especially if you invest in a solar battery.

Karsten Neumeister, Solar Expert
Article author
Karsten is an editor and energy specialist focused on environmental, social and cultural development. His work has been shared by sources including NPR, the World Economic Forum, Marketwatch and the SEIA, and he is certified in ESG with the CFA Institute. Before joining EcoWatch, Karsten worked in the solar energy sector, studying energy policy, climate tech and environmental education. A lover of music and the outdoors, Karsten might be found rock climbing, canoeing or writing songs when away from the workplace. 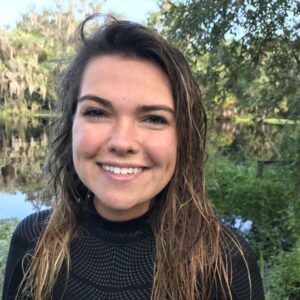 Melissa Smith
Expert reviewer
Melissa is an avid writer, scuba diver, backpacker and all-around outdoor enthusiast. She graduated from the University of Florida with degrees in journalism and sustainability studies. Before joining EcoWatch, Melissa worked as the managing editor of Scuba Diving magazine and the communications manager of The Ocean Agency, a nonprofit that’s featured in the Emmy award-winning documentary Chasing Coral. 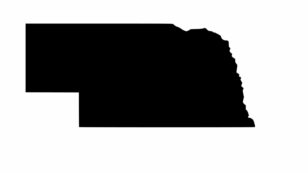 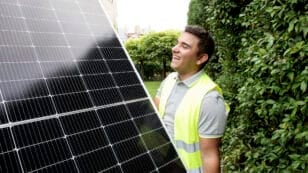 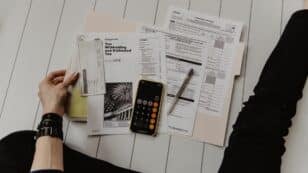 Is Solar Worth It in Nebraska?

Having trouble deciding? Click below and use our process to receive multiple quotes instead:

Get My Solar Quote