Dirty Diapers Could Be Recycled Into Fabrics, Furniture Under P&G Joint Venture 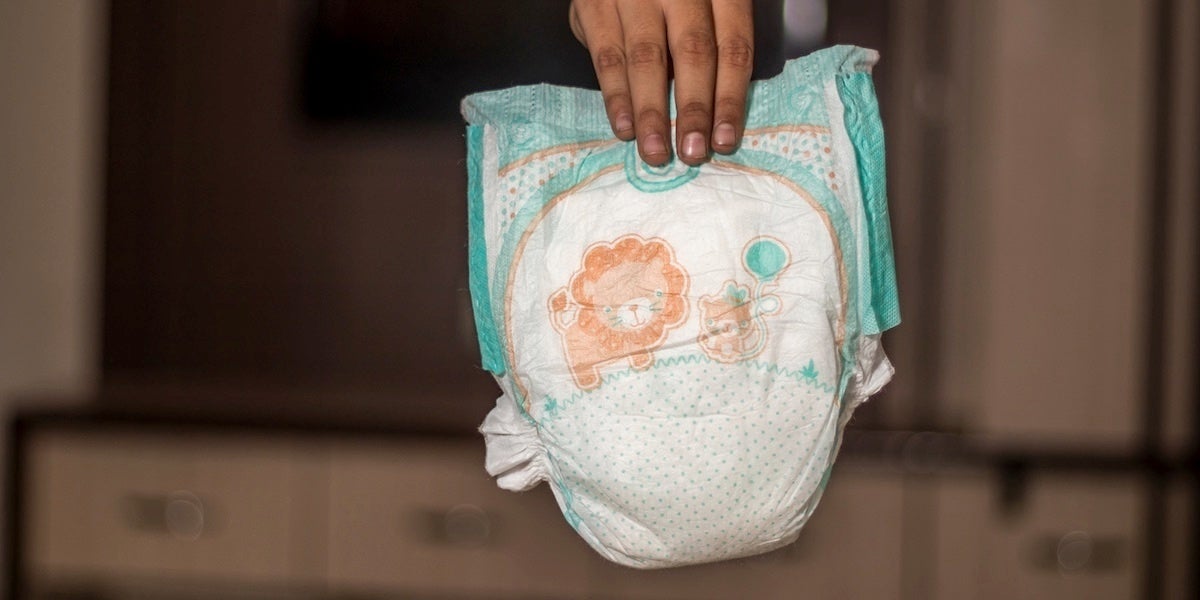 Disposal diapers can take
an estimated 500 years to decompose. That means if Henry VIII wore disposables, they’d probably still be around today.

Although throwaway nappies are undoubtedly convenient, these mostly-synthetic items cause never-ending steams of waste that will take centuries to disappear.

To help chip away at the 20 million metric tons of disposable diapers that are burned or sent to landfills globally every year,
Fater—a joint venture between Procter & Gamble and Italian healthcare company Angelini Group—aims to give new life to dirty diapers by recycling them into everyday items such as plastic bottle caps and viscose clothing, Reuters reported.

“Nappies are made of the highest quality plastics and we’ve shown they can be recycled to extract high-value building blocks,” Marcello Somma, Fater’s director of research and development and business development, said in the article.

Disposable diapers are typically made of plastics, cellulose and highly absorbent polymers.

Fater’s patented process starts with local waste management utility Contarina SpA, which collects used diapers and other [absorbent hygiene products] from curbside bins or large users like hospitals from more than 50 local towns, trucking them in to the 1,000-sq meter plant.

After dry cleaning the diapers using contact steam and disposing of the human waste in waste water treatment plants, one ton of AHP waste can yield 150 kg of cellulose, 75 kg of absorbing material and 75 kg of mixed plastic.

The Italian processor says that the recycled plastic can be used to make school desks and playground equipment. The cellulose can become viscose fabric or specialty paper, and the absorbent polymers could become gardening and flood barriers.

Disposable diaper waste has become a mounting environmental problem in the U.S. ever since the products first took off in the 1960s. An estimated 3.4 million tons of used nappies went to landfills in the year 2015 alone, according to the
U.S. Environmental Protection Agency. 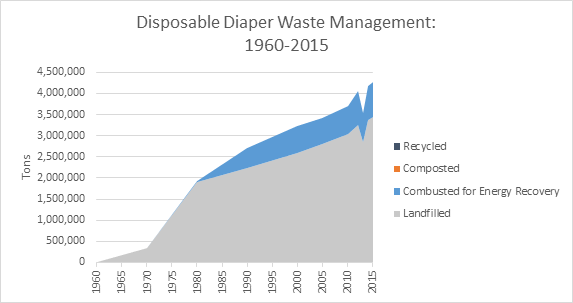 Fater says it has received backing from governments, consumers and other companies that have been galvanized by the world’s growing plastic pollution problem. Due to European Union regulations, the company is not allowed to sell its products until it can prove there’s a market for it.

However, to that end, Fater claims it has secured letters of intent from multiple bioplastic manufacturers and paper mills.

Proctor & Gamble, the maker of Pampers and Luvs, has pledged a number of
sustainability goals. It aims to recycle all of its “absorbent hygiene products” which include diapers, feminine hygiene products and incontinence pads, in at least 10 cities by 2030. The company also has a long-term goal to make 100 percent of its products and packaging from renewable and recycled materials.