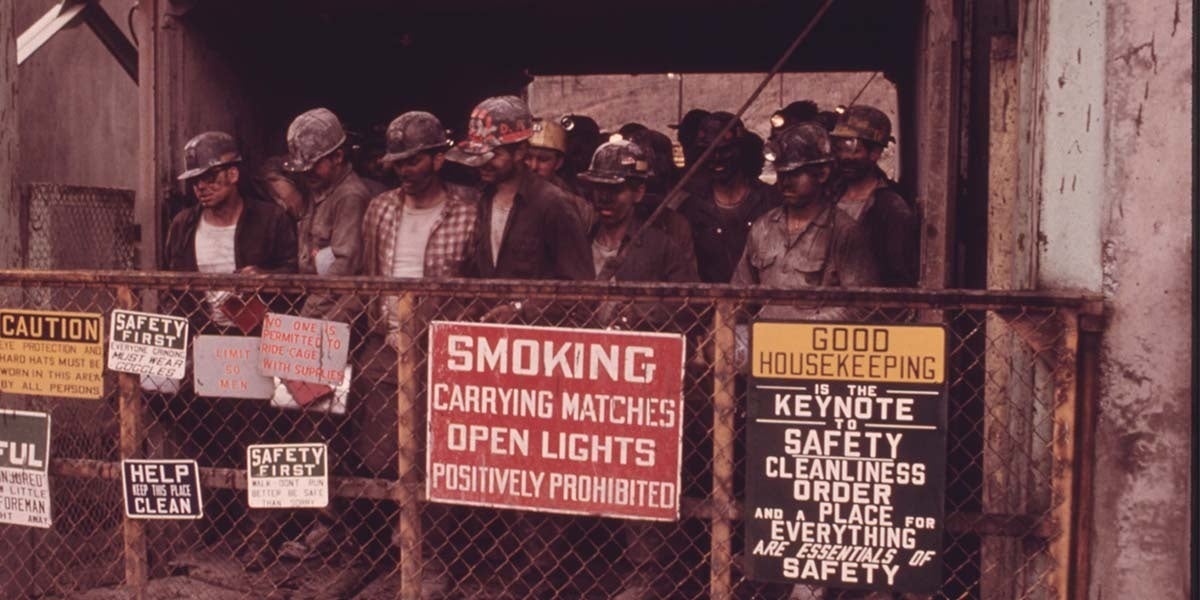 Miners surface on the elevator at Virginia-Pocahontas Mine #4 near Richlands, VA in April 1974. Jack Corn / U.S. National Archives and Records Administration

Spotlighting the terrible human impact of the nation’s continued reliance on coal, new research shows the most severe form of black lung disease, progressive massive fibrosis (PMF), is on the rise—big time.

“This is history going in the wrong direction,” said lead researcher Kirsten S. Almberg, Ph.D., an assistant professor at the University of Illinois at Chicago.

The findings are based on information from the U.S. Department of Labor, which has the data on former miners seeking benefits from the Federal Black Lung Program.

The overall trend was not a shock to the researchers, given that the National Institute of Occupational Safety and Health, using surveillance data of active coal miners, found a similar upward trend in 2014.

“We were, however, surprised by the magnitude of the problem and are astounded by the fact that this disease appears to be resurging despite modern dust control regulations,” Almberg stated.

The largest increase of the miners with PMF was in central Appalachian states. Virginia experienced the greatest increase in percentage of PMF cases over the past four decades, surging from 0 to 12 percent in 2015. West Virginia came in second place, increasing from 0 percent in 1972 to 11 percent in 2016.

The new research was presented at the American Thoracic Society’s International Conference, which ended Wednesday.

The Trump administration, meanwhile, continues to try to save the dying industry and boast that it’s “saving coal.” Coal workers, however are not being saved. As Newsweek reported earlier this year, “The president has been quick to celebrate the 771 net workers that were hired in 2017, but the administration’s push to support the dirtiest of fossil fuels has been accompanied by a surge in deaths of the workers who procure it. The 2017 death toll was the highest since 2014—when there were roughly 60,000 more miners at work in America.”

According to Michael Brune, executive director of the Sierra Club, “Whether coal will rebound or not (it won’t) isn’t the real issue. These are the questions we should be asking: What will replace it? And how will the transition affect the same coal-mining communities that received spurious promises from candidate Donald Trump that he could bring coal back from the brink? For the answers, we need only consider what most Americans agree on: Investing in clean, renewable energy makes more sense than going from one dirty fuel (coal) to another (gas).”