Chinese farmer Wang Enlin and his neighbors sued Qihua Group, a mineral processing and chemical production company, for polluting their homes and farmland. Wang, who spent 16 years studying law to pursue this goal, and residents of the Yushutun village won an initial judgment against the multi-billion dollar state-run company, the Daily Mail reported. 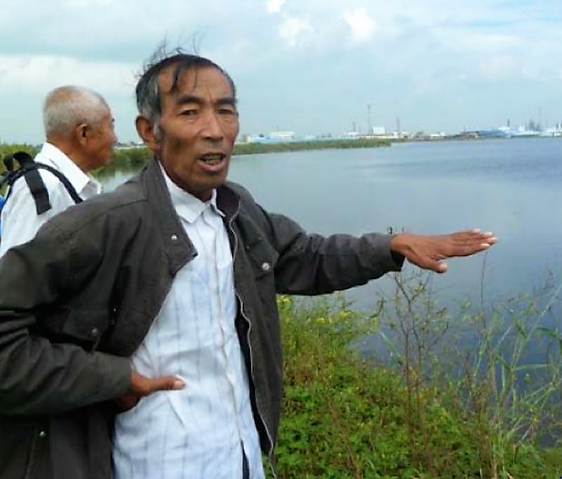 Wang, who is in his 60s, began to pursue this case after his home and the surrounding farmland were flooded with toxic waste from Qihua in 2001. The 2001 Qiqihar Angang River District Council minutes reveal a mayoral determination that the polluted land could not be used for a “long time,” the People’s Daily said.

The Qihua plant created a “71-acre wasteland with calcium carbide residue and a 478-acre pond with its liquid waste,” according to the Daily Mail. It released 15,000 to 20,000 tons of annual waste.

“I knew I was in the right, but I did not know what law the other party had broken or whether or not there was evidence,” Wang said.

Though Wang had only three years of formal education, he began to read law books with the help of a dictionary. He spent 16 years hand-copying notes out of books he could not afford to buy in a bookstore. He traded the store owner corn for allowing him to use the books. As he learned about Chinese land management law and environmental protection law, Wang began to educate his neighbors on their legal rights as well.

In 2007, the Center for Legal Assistance to Pollution Victims of the China University of Political Science and Law came to the aid of Wang and his neighbors. Liu Jinmei and other lawyers from the center agreed to help the villagers file their suit against Qihua and the case finally began to be processed in 2015.

Wang and the other residents of the Yushutun village won an initial judgement against Qihua in the Angangxi District Court of Qiqihar. This court awarded the victims financial compensation amounting to about $119,000 and Qihua is appealing the ruling.

“We will certainly win. Even if we lose, we will continue to battle,” said Wang, according to the People’s Daily, which described him as having white hair, “mud-covered rubber shoes” and a faded “old cotton-padded jacket.”

China’s rapid industrialization over several decades has led to widespread land and air pollution issues that the court system has struggled to manage, China Dialogue explained. Very few of the victims the legal aid center helps choose to pursue legal action or persevere for as long as Wang, Liu told the People’s Daily.