The True Cost of the Atlantic Sunrise Pipeline 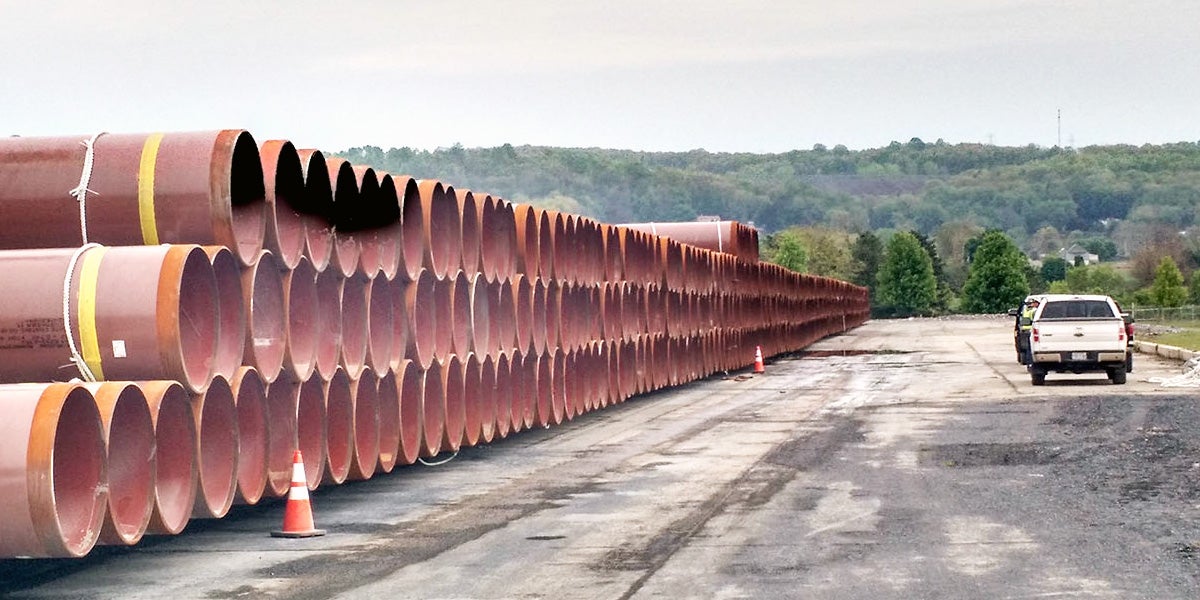 A report prepared by Key-Log Economics for the Sierra Club and Appalachian Mountain Advocates was released Monday, detailing what it calls the true costs of the Atlantic Sunrise pipeline. The proposed fracked gas pipeline was approved by the Federal Energy Regulatory Commission (FERC) on its former chair’s final day—just before the commission lost its quorum.

The Atlantic Sunrise project would clear cut its way through 10 Pennsylvania counties, impacting 2,000 acres of forested land and crossings hundreds of wetlands and water bodies. The proposed route includes nearly 200 miles of new pipeline which would supply gas exports out of Maryland and gas plants in North Carolina and Florida.

“From the beginning, communities along the pipeline’s route and activists stood up to the corporate polluters behind this project and FERC, demanding their homes be protected from this dirty and dangerous project,” said Ann Pinca, who lives in Lebanon County, which would be affected by this pipeline.

“FERC’s failure to listen to the people and account for the true costs of this pipeline—not to mention recognize the lack of need for it—now puts tens of thousands of men, women and children at risk of not only polluted air, but spills and explosions.” 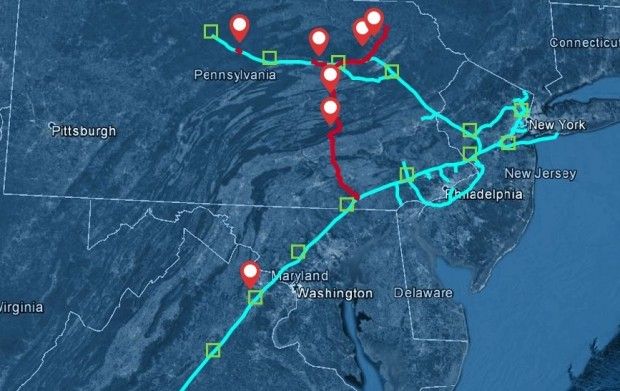 The report states that FERC overstated the pipeline’s economic benefits while discounting or ignoring its costs, including the effects of the pipeline on property values; loss of environmental benefits like flood control, clean water and wildlife habitat; economic damages associated with increases in greenhouse gas emissions; and public health costs due to the release of toxins and smog-forming pollutants.

“The report makes even more clear that, while the damage that this pipeline would cause to private property and the environment is very real, any benefits to the public are illusory,” said Ben Luckett, an attorney with Appalachian Mountain Advocates.

The report estimates the pipeline’s total costs (the initial cost plus the discounted value of all future annual costs) at between $21.3 and $91.6 billion. The one-time costs (ecosystem services lost during construction) are estimated to be $6.2 to $22.7 million, while annual costs for this diminished ecosystem service productivity would total approximately $2.9 to $11.4 million per year. Using a 2.5 percent discount rate, the annual cost associated with the social cost of carbon from the project’s greenhouse gas emissions would be $2.3 to $3.5 billion per year.

The report cautions that the estimates are conservative and do not include the value of landscape preservation or damages to natural resources, property and human health in the event of a leak or explosion. The report does not quantify estimates in property value losses, but it does analyze what it calls FERC’s failure to include realistic estimates in its analysis, citing the “well-established negative impact” of pipelines on property values.

“FERC failed to recognize the true cost of the pipeline and the people won’t only be saddled with the pollution it will generate, but also the huge economic costs associated with its construction and operation,” said Thomas Au, conservation chair for the Pennsylvania Chapter of Sierra Club.

“And once the transition to clean, renewable energy is complete, communities will still have to live with these stranded assets left scarring our forests and towns. This pipeline should’ve been rejected at the beginning and should not be constructed.”

Air pollution from compressor stations built along the pipeline’s proposed route would cause more than 7,500 people to experience adverse health effects, including respiratory illnesses, sinus problems, vision impairment and severe headaches. This is in addition to the nearly 20,000 homes and more than 45,000 people who would live in the pipeline’s evacuation zone.