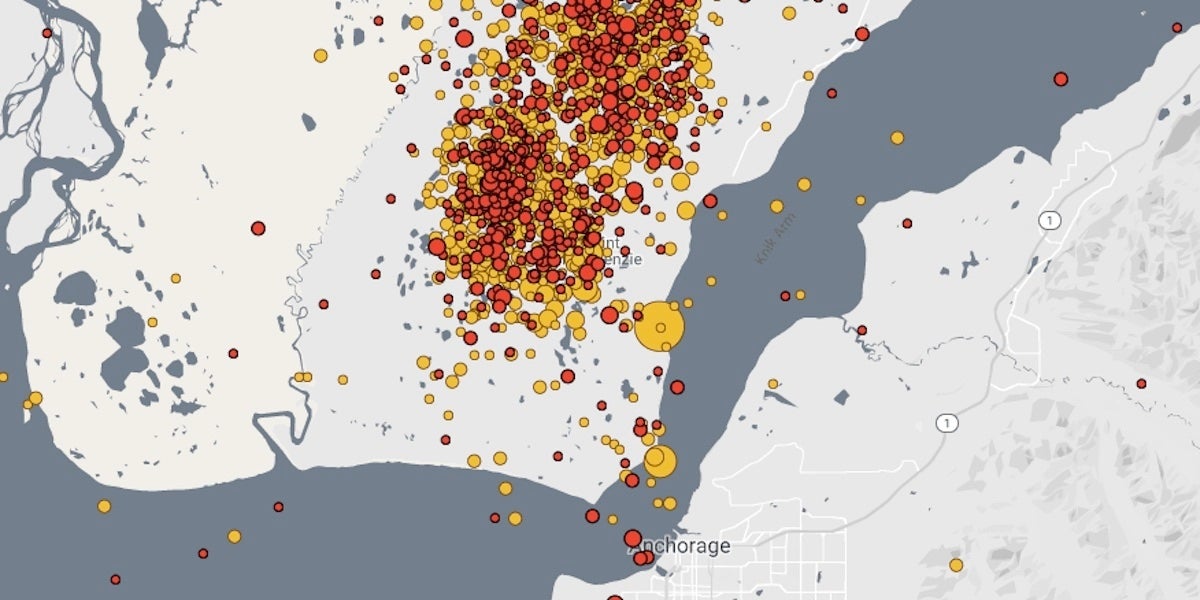 The aftershocks all surrounded the original temblor that was centered about 7 miles north of Alaska’s largest city.

Here's a ground motion visualization for the first hour after the earthquake. You'll see 7 major aftershocks (notated) along with many smaller ones that only show up on the stations near the epicenter. pic.twitter.com/Im08mx3DDj

In all, up to 2,200 aftershocks greater than a magnitude 3 are possible, according to a post from Ian Dickson of the Alaska Earthquake Center on Sunday, citing the U.S. Geological Survey aftershock forecast.

Friday’s quake was described by state seismologist Mike West as the “most significant” to strike the city since the magnitude 9.2 Great Alaska Earthquake of 1964—the most powerful ever recorded in the U.S. It was also the largest since the 7.1 that struck near Anchorage in 2016.

“I’m not aware of large-scale building collapses, but I think it’s safe to say there are thousands of homes and businesses and buildings that were damaged in some fashion, be it a deck that slid downhill, a cracked foundation, a gas line disconnected from the house,” he said during a Facebook Live interview, as quoted by USA TODAY.

Miraculously, no deaths were reported. However, “hospitals reported receiving two patients with life-threatening injuries and dozens of less serious cases, including broken bones, injuries from falls, and lacerations from broken glass,” Dickson wrote. 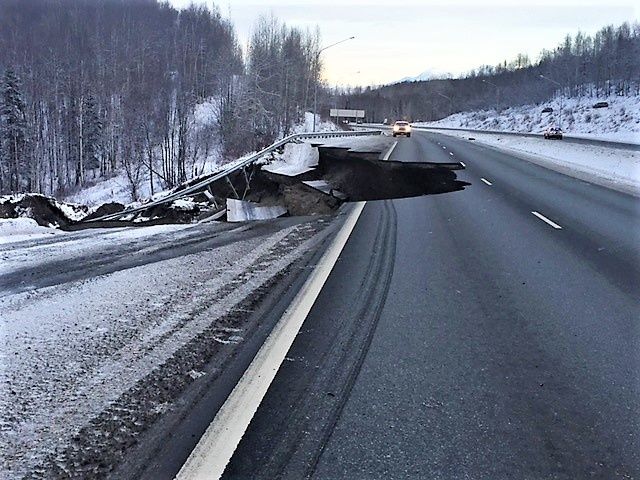 Although the seismic activity has been nerve-racking to the area’s residents, earthquakes are not new to Southcentral Alaska. In the last century, 14 other earthquakes greater than a magnitude 6.0 have occurred within 150 kilometers (approximately 93 miles) of Friday’s temblor, according to USGS. The state itself averages about 40,000 earthquakes per year.

USGS reported that the Nov. 30 quake was “the result of normal faulting at a depth of about 40 km.”

Experts said more aftershocks will continue in the area but will start to dwindle in the coming weeks.

“You can expect earthquakes in magnitude 5 or 4 to continue for the next couple of weeks, and as time goes on it tapers off,” Rafael Abreu, a geophysicist with the U.S. Geological Survey Earthquake Science Center, told the Anchorage Daily News.

More information about the aftershocks can be accessed here through the Alaska Earthquake Center.