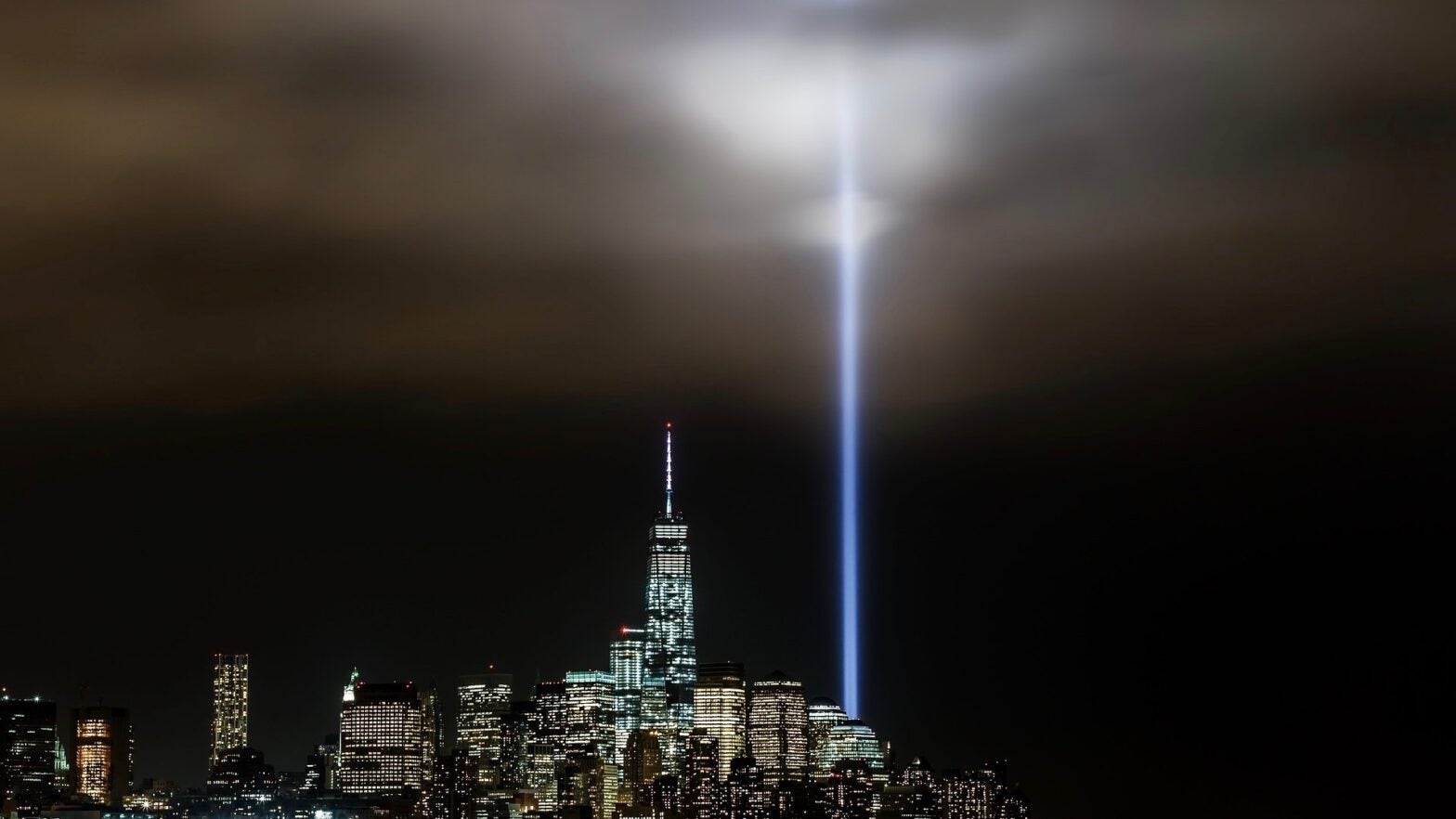 Tribute in Light beams endanger 160,000 birds each year according to a new study. andychoinski / Pixabay

The Tribute in Light beams shine brightly on Sept. 11 every year as a memorial of the two towers that are no longer part of the New York City skyline. The lights are dramatic and mesmerizing, not only for people but also for birds — endangering nearly 160,000 of them every year, according to a study published in the Proceedings of the National Academy of Sciences.

The bright lights attract various migratory birds during their annual pass through New York City. However, the intensity of the lights draws the birds in and they seem unable to veer away from the lights, which puts them at risk of injury, starvation, and exhaustion. Scientists say circling the lights also stresses the birds greatly. As the night marches on, their calls to one another get louder, increasing in line with their confusion, according to the Independent.

“When the installation was illuminated, birds aggregated in high densities, decreased flight speeds, followed circular flight paths, and vocalized frequently,” the study authors wrote. “Simulations revealed a high probability of disorientation and subsequent attraction for nearby birds.” Meaning, larger birds are swooping in to feast on the confused ones.

New York City sits in the middle of a major migration corridor, used for millennia by birds flying south for the winter. As summer wanes, thousands of birds pass directly above the city, a passage generally unnoticed by its human inhabitants. Some of these include small songbirds like warblers and redstarts, according to the New York Times. They are joined by haws and bats and peregrine falcons, which swoop in to feed on the smaller birds.

To navigate their migration, the birds rely on an internal compass that relies on the Earth’s magnetic field, sunlight, starlight, and moonlight. Light pollution from the city already conceals most of the night sky. The Tribute in Light beams then add to the problem by outshining the stars and the moon, according to Wired.

The birds circling the Tribute of Light use up too much energy flying in circles, leaving them vulnerable to starvation or exhaustion before they reach a place to rest.

“Birds do fly for extended periods of time,” said John Rowden of the National Audubon Society. “It’s not that they can’t do it. But they’re doing it to get south of here. If they spend all their time in that small area, they won’t get to good foraging habitat, and it will compromise them for later parts of their migration.”

Fortunately, some people are working to help the birds.

Twenty volunteers from the New York City chapter of the Audubon Society and several scientists keep tabs on how many birds are circling around the lights. They perch on a parking garage near the base of the lights. The scientists and volunteers use binocular, radar and the naked eye to count the trapped birds. When the agreed upon number reaches 1,000 birds, the lights are shut off for 20 minutes so the birds can disperse, according to the New York Times.

Susan Elbin, an ornithologist and the director of conservation and science at New York City Audubon Society, told the New York Times, “It’s my job to turn the lights out, and I’d rather not have lights on at all, because the artificial light interferes with birds’ natural cues to navigate.”

She noted that the lights leave them tired and confused, making them vulnerable to windows around the greater New York City area. “Light lures them in, and glass finishes them off,” she said to the New York Times.

The New York City Council will take up legislation today in the Committee on Housing and Buildings that would require that all new or renovated building use bird-friendly glass.

Collisions with buildings kill 600 million birds a year across the country, and NYC Audubon says as many as 230,000 die in New York City, as the New York Times reported.