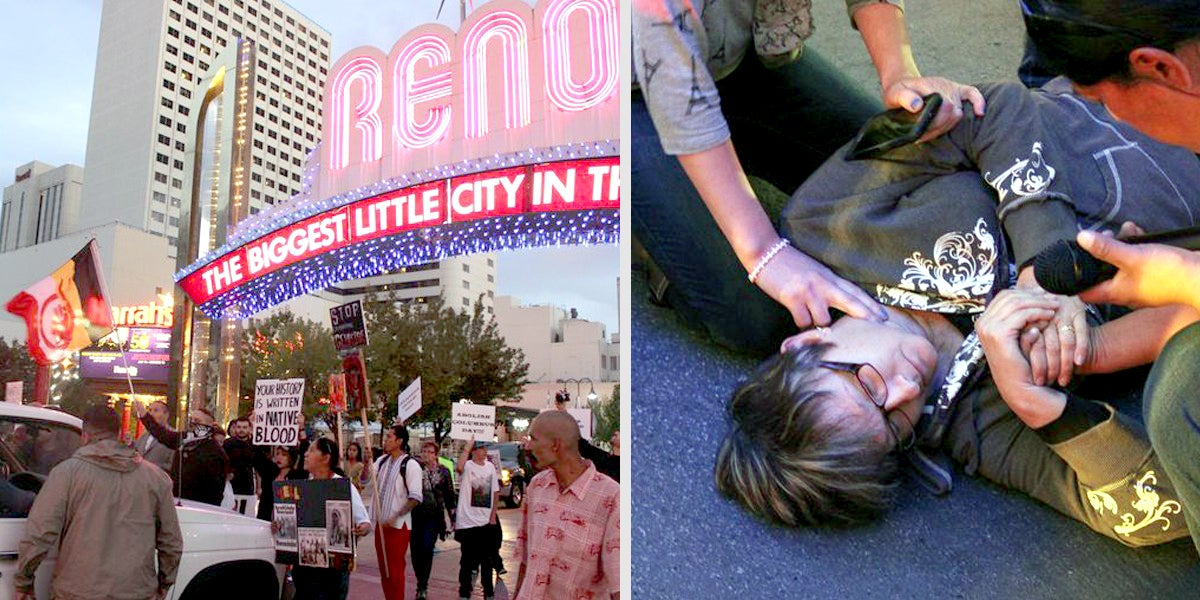 Caught live on video, an 18-year old male driver plowed his pickup into a crowd of about 40 Native American protestors in Reno following an angry exchange of words. One woman was hospitalized. Quanah Brighten, executive director of United Native Americans Inc., called it a hate crime. 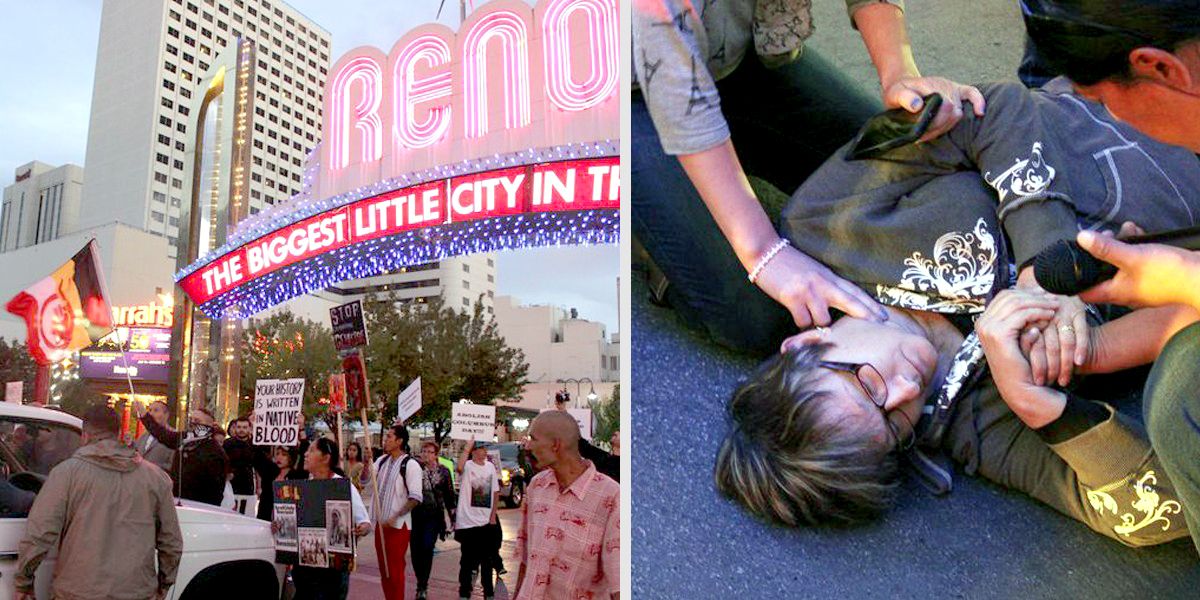 An 18-year old male driver plowed his pickup into a crowd of about 40 Native American protestors in Reno.

At about 6:40 p.m. Monday, the pickup truck approached the intersection where demonstrators had gathered under the Reno Arch. On video, the truck can be heard revving its engine. Witnesses said they heard racial slurs from the male driver and his 17-year old female companion. Angry words were exchanged. Then, suddenly, the man roared into the crowd. The entire horrific event was broadcast live on Facebook.

Five people were hurt, including Kitty Colbert, 59, of Carson City, Nevada, who was taken to the hospital with injuries that were described as non-life threatening. According to the Reno Police Department, four others were treated on the scene for minor injuries. “He could have killed me,” Colbert says on the video.

It could have been far worse. “I heard the driver ask one of the protesters, ‘Do you want me to kill your homies?’ and that really set everybody off,” Wayman told AP on Tuesday. “This is a hate crime,” Brightman told the Reno Gazette-Journal.

Some say a hate crime was committed in Reno on Monday when a truck plowed through Columbus Day protest https://t.co/V3flRhU8HT

The driver stopped his vehicle several blocks from the scene and called police. The two occupants of the vehicle have been questioned, but no arrests have been made.

This incident is troublesome and saddens us deeply. I take these matters very seriously, and I believe they must be investigated thoroughly and promptly. Public safety is our highest priority, and I want all Reno residents to know that we are working swiftly and diligently to make sense of the events that took place last night. Please be advised that the Reno Police Department will hold anyone responsible accountable for their actions once the investigation has concluded. 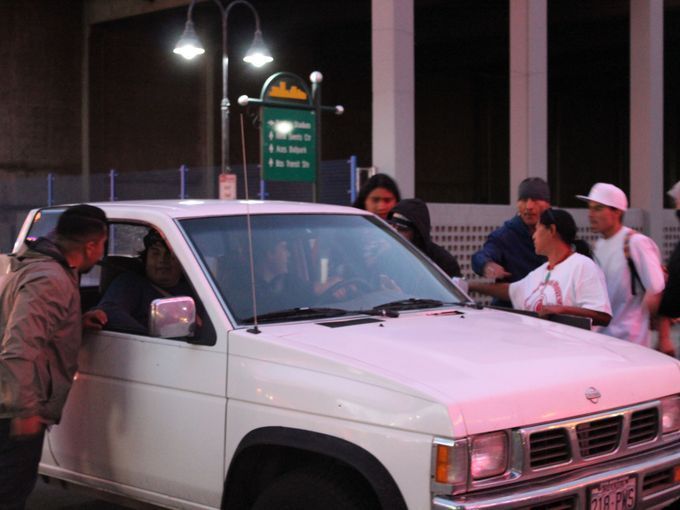 Activists exchange words with occupants of pickup truck moments before it drove into the crowd. Louis Magriel

“They sort of arrived with an antagonistic behavior,” said Martin Christian, an eyewitness.

“They were saying derogatory remarks against Native American people,” another witness said.

The event had been organized by the American Indian Movement of Northern Nevada in support of the Standing Rock action against the Dakota Access Pipeline and in protest of Columbus Day.

“I respect an individual or group’s right to conduct lawful protest, and encourage people to express their First Amendment rights,” Mayor Schieve said. The demonstration was one of many held on Monday as support grows for Indigenous Peoples Day to replace Columbus Day.