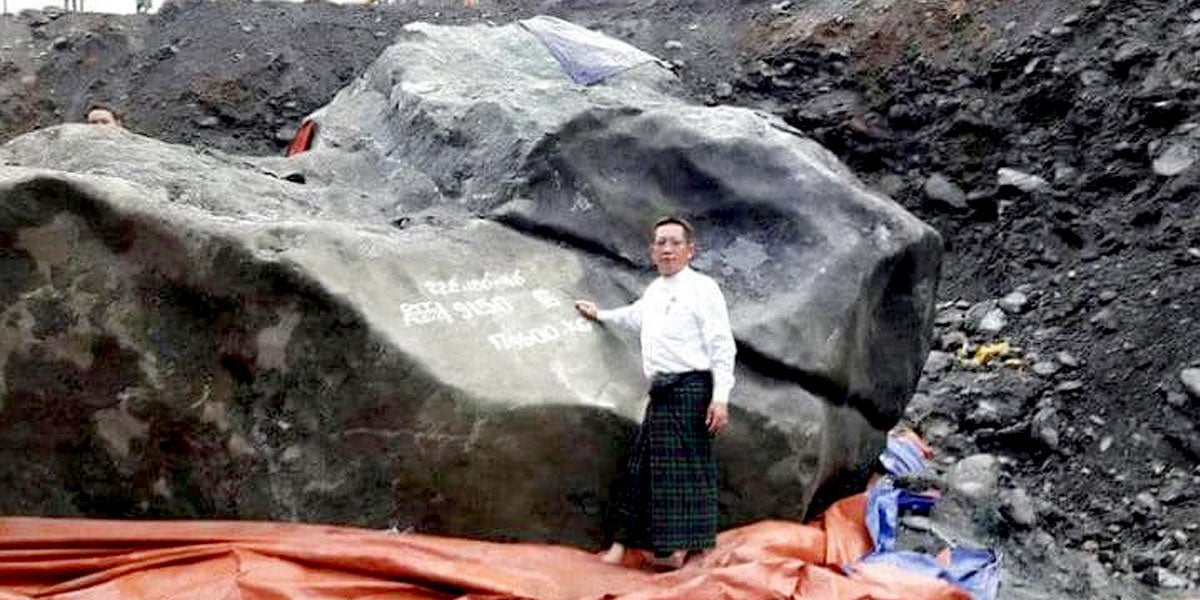 Miners have unearthed the world’s most valuable chunk of jade stone in Burma, the southeast Asian country also known as Myanmar. 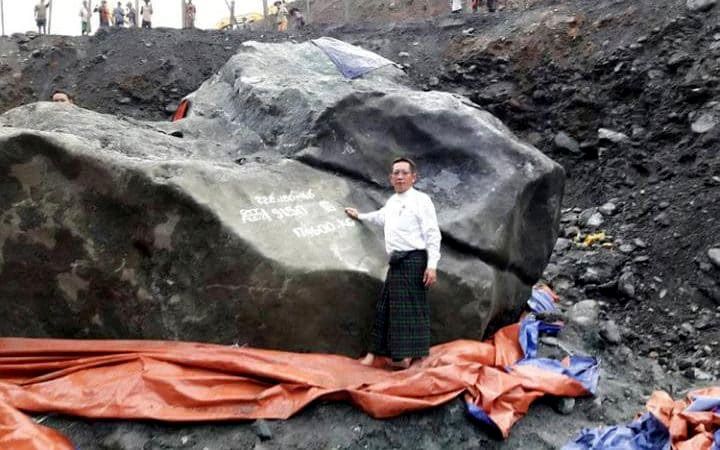 Local politician U Tint Soe stand with the jade rock.SWNS.com

Worth an estimated $174.6 million, the massive 200-ton stone measures about 14 feet high and 19 feet long, the BBC reported. It’s size is second to the carved statue at the Jade Buddha Palace in China which weighs 286 tons, according to the Daily Mail.

“We thought we had won the lottery,” miner Sao Min told the Daily Mail. “But this belongs to the country. It is in honor of our leaders.”

The term jade can refer to two different metamorphic rocks: nephrite and jadeite. This stone is believed to be jadeite, which is worth significantly more. Nearly all of the world’s finest jadeite comes from Myanmar and makes up nearly half of the country’s gross domestic product.

“I assume that it is a present for the fate for our citizens, the government and our party as it was discovered in the time of our government. It’s a very good sign for us,” local politician U Tint Soe told the Daily Mail.

The stone will reportedly head to China where it will be used to make jewelry and statues for homes.