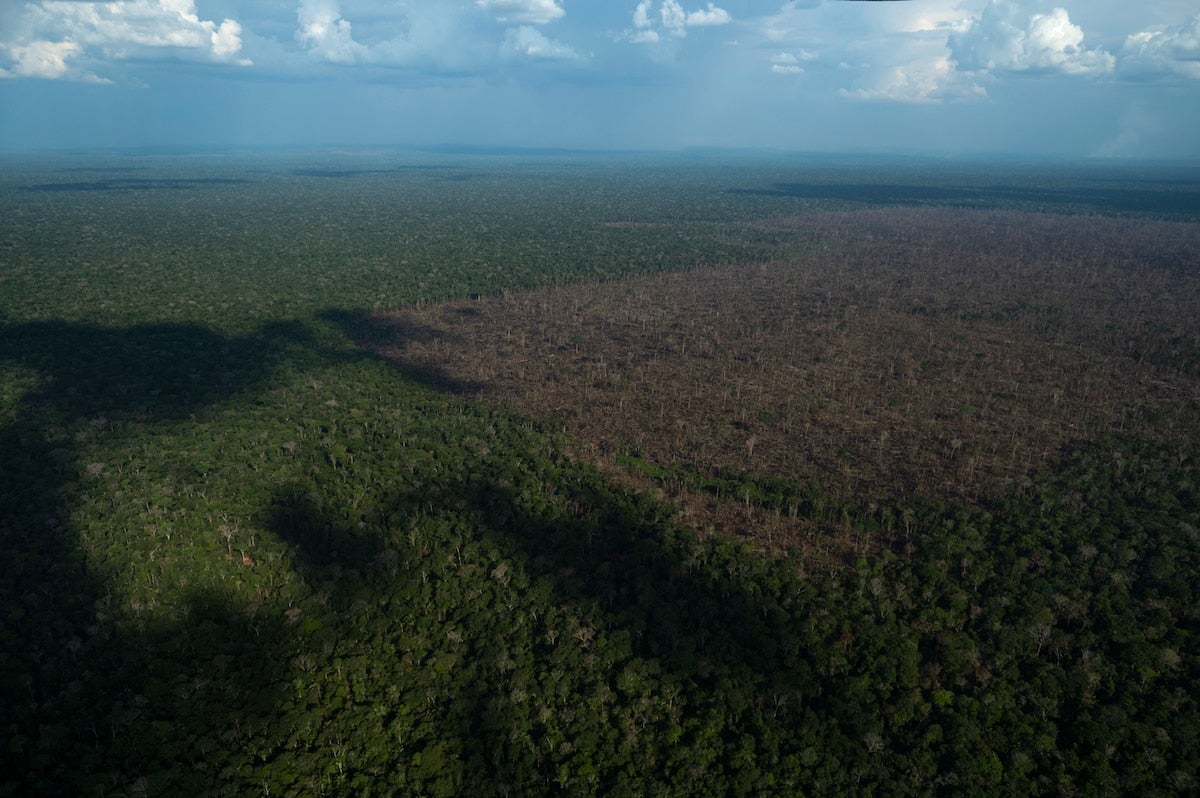 A deforested area of the Amazon rainforest in Labrea, Amazonas state, Brazil, on Sep. 15, 2021. MAURO PIMENTEL / AFP via Getty Images

Deforestation in the Brazilian Amazon has breached another record this year.

The rainforest lost 1,448 square miles between January 1 and June 24 according to satellite data provided by Brasil’s Space Research Institute (INPE). That’s the largest chunk of forest lost during a six-month period since the agency began monitoring in 2016, according to CNN.

The new findings follow reports that deforestation broke records during 2022, both for the first three months of the year and for the month of April. Rainforest advocates have blamed the pro-business policies of right-wing President Jair Bolsonaro for the historic losses.

“The impact of this negligence will be the increasing loss of the resilience of these surroundings, not to mention the damage done to local communities and health,” Mariana Napolitano of the Brazilian World Wildlife Fund said, as AFP reported.

Bolsonaro has issued executive orders protecting the forest, yet he has also reduced funds for government environmental agencies and argued in favor of opening Indigenous territories to extractive industries, as CNN pointed out. Deforestation increased rapidly since he took office in 2019 and drew international attention following devastating fires in the summer of that year.

This year’s fire season, which typically begins in May and June, is already shaping up to be a destructive one. The INPE recorded 2,287 fires in May, the highest since 2004. It also spotted more than 2,500 fires in June, which is the most since 2007 and an 11 percent uptick compared to last year, according to AFP.

“Agribusiness is hitting new records for forest destruction as the dry season arrives in the Amazon,” Greenpeace Brazil spokesperson Cristiane Mazzetti said in a statement responding to the news. “Illegal burnings and deforestation have accelerated over the last three years as a direct result of the Brazilian government’s anti-environmental agenda that encourages the destruction of the forest. If this trend does not change we will approach the tipping point of no return in which the Amazon could fail as a rainforest.”

Scientists have warned that the Amazon could convert to grassland if it is not protected, releasing large amounts of carbon dioxide in the process. While environmental activists hold Bolsonaro to account for the uptick in deforestation, they also think the U.S. government could do more to put pressure on the Brazilian regime.

“Up to now, the Biden administration has only legitimized the Brazilian government’s anti-Indigenous and anti-environmental agenda,” Greenpeace USA head of forests Diana Ruiz said in a statement. “The US has a responsibility to act and stop making deals with President Bolsonaro, who continues to wage an assault against Indigenous Peoples and environmental defenders.”

Brazil will hold another presidential election in October, but deforestation tends to increase in the runup to elections as restrictions loosen and people want to clear as much as possible in case a new administration passes tougher regulations, Carlos Souza Jr., a researcher at Brazilian research institution Imazon, told CNN.