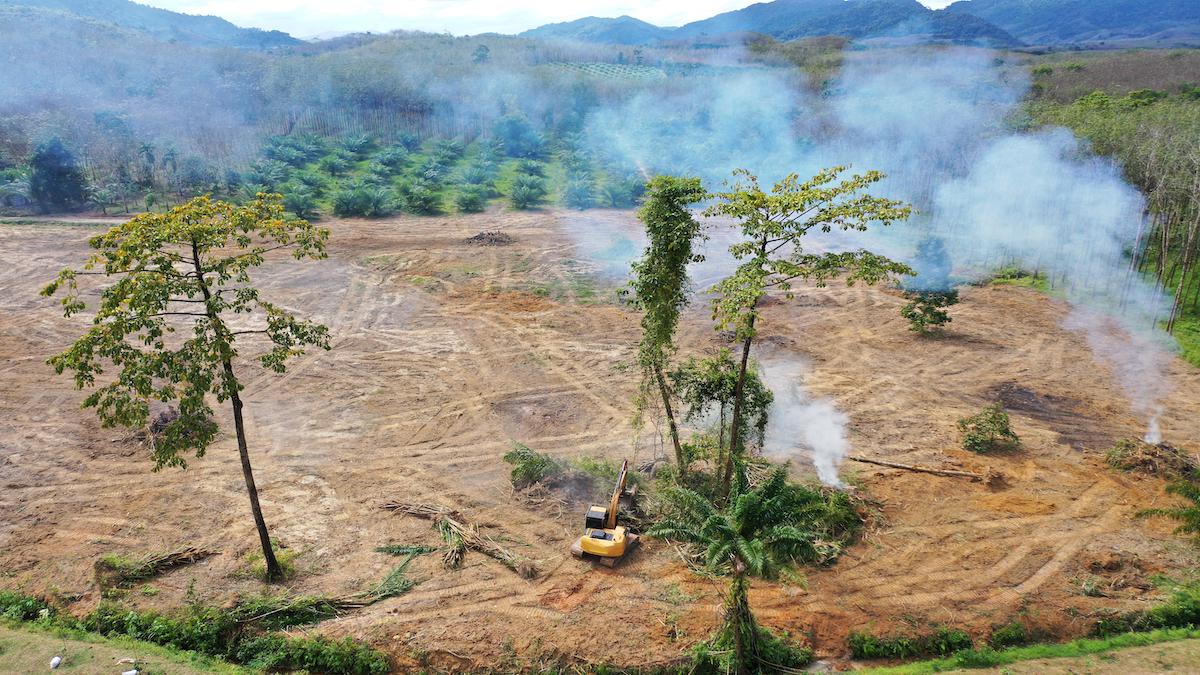 Deforestation in Thailand, which is not among the countries to the sign the Glasgow Leaders' Declaration on Forests and Land Use. richcarey / iStock / Getty Images Plus

In the first major deal to come out of the COP26 climate talks, more than 100 countries have pledged to halt and reverse deforestation by 2030.

The countries agreeing to the Glasgow Leaders’ Declaration on Forests and Land Use include nations with important forest cover like Brazil, Russia, Canada, Indonesia and the Democratic Republic of the Congo as well as major emitters like the U.S. and China. All told, the signatories hold more than 85 percent of the world’s forests within their borders.

“These great teeming ecosystems — these cathedrals of nature — are the lungs of our planet,” UK Prime Minister Boris Johnson, whose nation is hosting the climate talks, said in a statement reported by CNN. “Forests support communities, livelihoods and food supply, and absorb the carbon we pump into the atmosphere. They are essential to our very survival. With today’s unprecedented pledges, we will have a chance to end humanity’s long history as nature’s conqueror, and instead become its custodian.”

Deforestation is an important source of greenhouse gas emissions because removing trees removes natural carbon sinks and instead releases carbon dioxide into the atmosphere. All told, the degradation and logging of forests contributes around 11 percent of global emissions. Protecting forests is therefore an important part of halting the climate crisis.

The deal was announced alongside financial commitments to support it, according to a UK government announcement. These pledges include:

In addition, nations and companies that trade in agricultural commodities like soy and palm oil that threaten forests have pledged new actions. Twenty-eight governments responsible for 75 percent of this trade signed a new Forest, Agriculture and Commodity Trade (FACT) Statement to support sustainable trade. Further, 10 companies responsible for more than half of the trade in these commodities promised a plan before the next COP to make their supply chains consistent with limiting global warming to 1.5 degrees Celsius above pre-industrial levels.

The announcements were met with cautious optimism by experts and forest advocates.

“It is good news to have a political commitment to end deforestation from so many countries, and significant funding to move forward on that journey,” University College London forest and climate expert professor Simon Lewis told BBC News.

But he also pointed out that a similar agreement in 2014 “failed to slow deforestation at all.”

That agreement, the New York Declaration on Forests, promised to half deforestation by 2020 and end it by 2030. However, it only had 40 signatories and key players like Brazil and Russia were not among them.

Other advocates said the funding was not enough to support Indigenous forest guardians.

“We are undervalued and our rights are still not respected,” Borneo Idigenous rights activist Mina Setra told The Guardian. “A statement is not enough. We need evidence, not only words.”