Could a ‘Bigfoot Hunting Season’ Promote Tourism and Wildlife Protection? 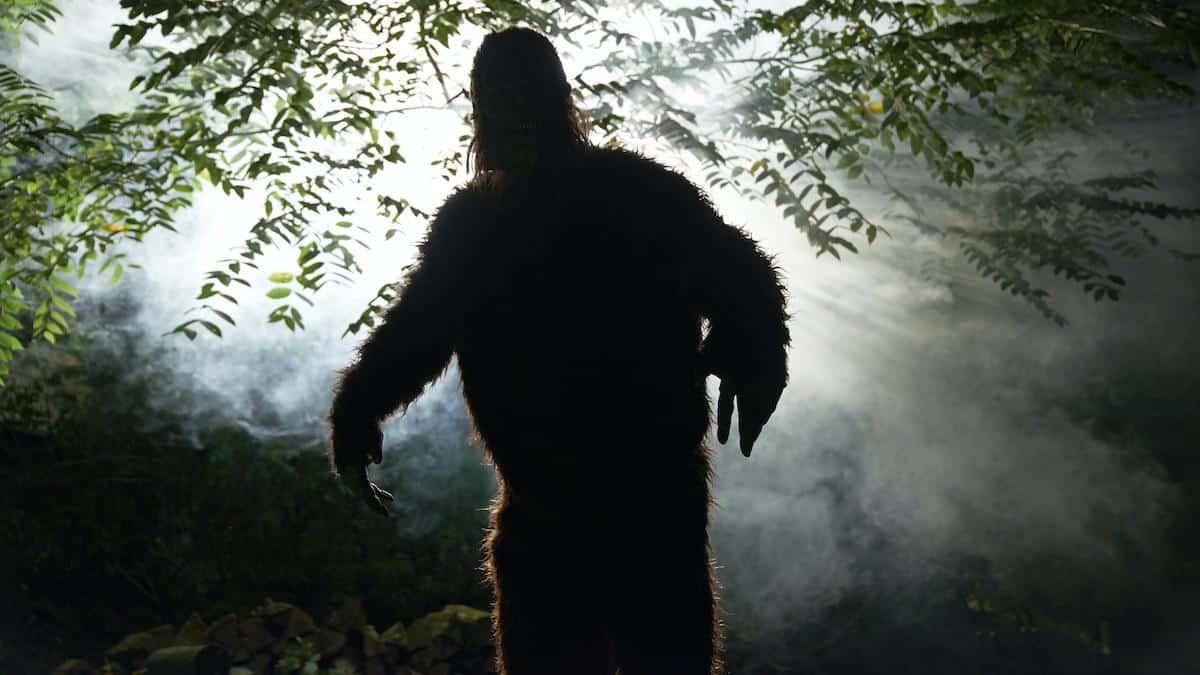 A creative depiction of bigfoot in a forest. Nisian Hughes / Stone / Getty Images

Deep in the woods, a hairy, ape-like man is said to be living a quiet and secluded life. While some deny the creature’s existence, others spend their lives trying to prove it.

A recent Oklahoma bill may require those hoping to prove it to buy a permit first.

On Wednesday, one Oklahoma State Representative filed a bill to create a Bigfoot hunting season, KOCO News reported. If passed, State Rep. Justin Humphrey’s bill will go into effect on Nov. 1., calling for the Oklahoma Department of Wildlife Conservation to set rules for the season, annual dates and hunting license and fees, according to KOCO News.

The legend has been around for decades. Best seen after sunset, Bigfoot benefits from the solitude of rural living, according to the Bigfoot Field Researchers Organization. But don’t let his large stature fool you – bigfoot’s impact on the land is known to be so subtle only a trained eye can spot its tracks.

Bigfoot endures generations of folklore in Humphrey’s part of Oklahoma, too, StateImpact Oklahoma noted. While some, like D.W. Lee of the Mid-America Bigfoot Research Center dedicate decades to studying and hunting the creature, KOCO News reported, others resist the rumors.

“We use science-driven research, and we don’t recognize Bigfoot in the state of Oklahoma,” Micah Holmes of the Oklahoma Department of Wildlife Conservation told KOCO News.

“I have been in the woods all my life and I have not ever seen any sign of Bigfoot,” he told The Oklahoman. Humphrey’s intent is to encourage tourism in the state, according to The Oklahoman. Establishing an actual hunting season, where enthusiasts can purchase a physical license, could draw more people into “our already beautiful part of the state,” he noted in a release, according to KOCO News.

While a hunting license for an Oklahoman resident is 1 for a bear and for an antlered deer, according to ODWC, Humphrey’s bill does not state how much a bigfoot license would cost.

“This actually could possibly be a clever move, a way to provide more funding for the Wildlife department,” one commenter wrote, according to ABC 13.

The majority of Oklahoma’s Wildlife Conservation Department’s income comes from licenses and fees, according to the ODWC. Yet, over the past 50 years, the popularity of hunting and fishing in the United States has rapidly declined, decreasing by 50 percent, a survey by the U.S. Fish and Wildlife Service found, according to NPR. Today, only about 5 percent of Americans, 16 years old and older, actually hunt. This number is expected to keep dropping, potentially causing a serious decline in funding for state wildlife agencies, NPR reported.

In the southeastern town of Hochatown, Bigfoot merchandise is easily found and a Bigfoot festival is held every year nearby in Honobia each October, according to The Oklahoman.

Humphrey says the bill is meant as a complement to southeastern Oklahoma’s tourism.

“They want to buy a license because they want to frame it on the wall,” Humphrey told The Oklahoman. “Anything that could be a revenue creator is something we ought to look at and definitely entertain.”

“I’ve had 26 encounters that I can say was actually a Bigfoot,” D.W. Lee told KOCO News when he heard of Humphrey’s bill. “The efforts of the people out there actually being serious about this – it really hampers us.”

Objection to the bill may also stem from the Bigfoot Field Researchers Organization’s intention to never harm the creature physically, but only study it.

Others reject the basis for the bill entirely.

“I had one lady just scream at me that she is going to make sure I will get beat because of this and told me I’ve lost my mind,” Humphrey told The Oklahoman. “I don’t think they (critics) understand what we are trying to do to promote our area.”