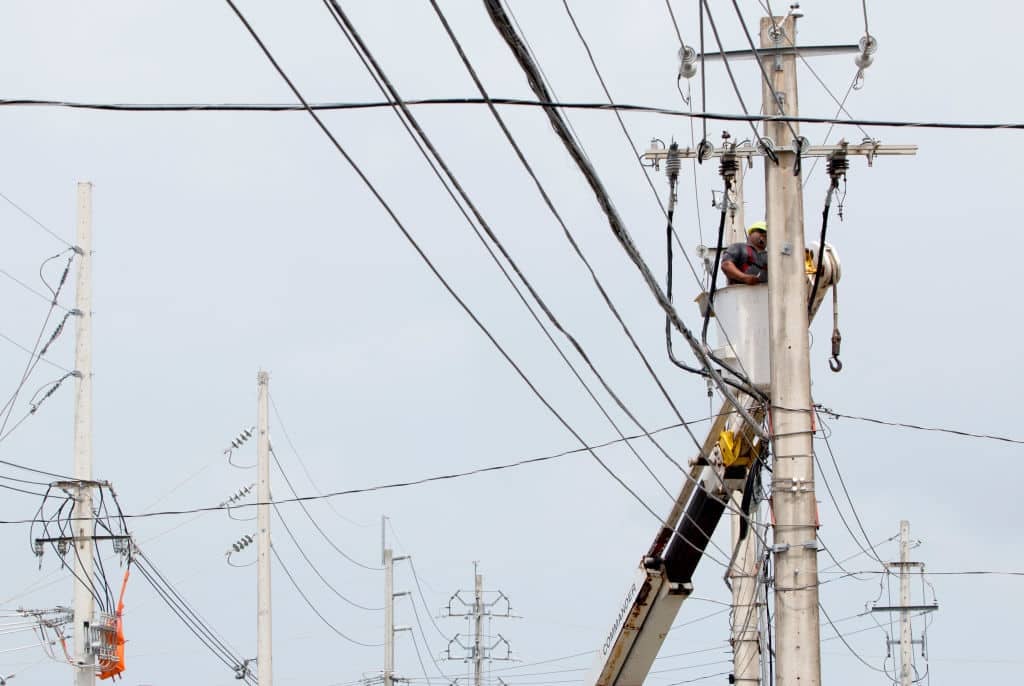 The world is currently in the midst of an energy crisis prompted by Russia’s invasion of Ukraine. The war has decreased the gas supply to Europe, leading to fears of a winter of blackouts and shortages.

But a new report released Tuesday from the World Meteorological Organization (WMO) warns extreme weather events caused by the climate crisis could pose similar problems to grids around the world.

“I think that if we don’t do anything, if we don’t make our energy system more resilient to climate change, there will be as big a disruption in the energy system as the war,” WMO climate and energy lead Roberta Boscolo told Reuters on the occasion of the report launch.

The new report is titled “2022 State of Climate Services – Energy.” It does not only focus on the threat that extreme weather poses to energy systems, but rather is a broader look at what needs to happen to the global energy system in the context of climate change. Namely, the world needs to transition to renewable energy sources more rapidly than its current trajectory. There is a 70 percent gap between countries’ current promises and the emissions reduction needed to meet Paris agreement goals by 2030, the WMO said.

“The energy sector is the source of around three-quarters of global greenhouse gas emissions. Switching to clean forms of energy generation, such as solar, wind and hydropower – and improving energy efficiency – is vital if we are to thrive in the twenty-first century. Net zero by 2050 is the aim. But we will only get there if we double the supply of low-emissions electricity within the next eight years,” WMO Secretary-General Prof Petteri Taalas said in a press release. “Time is not on our side, and our climate is changing before our eyes. We need a complete transformation of the global energy system.”

One thing that transformation could help with is bolstering energy security, however. The WMO noted how extreme weather events can play havoc on the entire energy supply line, from supply to production to infrastructure. For example, in Buenos Aires, Argentina, a January heat wave knocked out power to approximately 700,000 people. In the U.S. territory of Puerto Rico, 2017’s Hurricane Maria had such a negative impact on the grid that full power wasn’t restored on the island until nearly 11 months later. A recent Climate Central analysis found that average yearly power outages caused by extreme weather in the U.S. had risen by around 78 percent between 2011 and 2021 and the preceding decade.

In the UK, which is concerned that Russia’s manipulation of gas supply will lead to blackouts this winter, extreme weather is also a danger, New Scientist pointed out. London barely escaped blackouts during a record-breaking heat wave this summer that saw the mercury on the famously mild isle top 40 degrees Celsius for the first time. Storm Arwen also knocked out power to nearly one million UK homes in November of 2021.

“The most common cause of power failure [in the UK] is when transmission or distribution networks are knocked out by severe weather,” Robert Gross of Imperial College London told New Scientist. “With severe weather events predicted to be more frequent and more damaging, this is the principal threat.”

He added that, especially for low-lying countries, the climate crisis could be as great a threat to energy security as war.

Yet it seems most nations have not woken up to this truth. The WMO found that only 40 percent of climate action plans submitted by governments to the United Nations Framework Convention on Climate Change (UNFCCC) emphasized adapting their energy sectors to the changing climate.

”We urgently need to respond to the growing impact of climate change on energy systems if we are to maintain energy security while accelerating the transition to net-zero,” International Energy Agency Director Dr. Fatih Birol said in the press release. “This requires long-term planning and bold policy action to spur investment, which in turn needs to be underpinned by comprehensive and reliable weather and climate data.”

State, Federal Solar Incentives Help Illinois Feed Mill Slash Energy Costs
At a central Illinois feed mill, electricity from its rural
By Energy News Network
Dreaming of Beachfront Real Estate? Much of Florida’s Coast Is at Risk of Storm Erosion
By Zhong-Ren Peng
By The Conversation
Europe’s Largest Battery Storage System Goes Live in UK
As the UK braces for the first full winter since
By Olivia Rosane