Electricity Sources by State: How Does Your State Generate Power?

Electricity is the engine of our economy. It allows us to live, work and communicate in unprecedented ways, reaching nearly every aspect of modern life. In fact, most of our daily lives have become so dependent on electricity, we hardly even think about it anymore.

But change begins with awareness — and although something as intangible as electricity is difficult to comprehend, it’s important to consider where yours comes from. Let’s take a look at electricity sources by state.

How Every State is Powered

The U.S. has a goal to create a carbon pollution-free power sector by 2035 and a net-zero emissions economy by no later than 2050.1

To achieve this swift reduction in greenhouse gas emissions, states will have to drastically shift the way they generate electricity in a short amount of time. It will require divesting from fossil fuel-based power generation in favor of more clean energy production like wind, solar power and hydroelectric power, especially as electricity demand continues to increase nationwide.

With 12 years left to reach a carbon pollution-free electric power sector, here’s where the average state stood as of January of 2022 when it comes to the shares of total electricity generated by source.2

So, how is your state doing on its path to net-zero? Let’s take a look.

We scoured the most recent data from the U.S. Energy Information Administration (EIA), compiling the total percentages of net electricity generated within the borders of each state in 2022. Where does your state land?

*Data comes from the Energy Information Administration and was last updated in January 2022.

States With the Most Sustainable Electricity Sources

Let’s take a look at the states with the highest shares of electricity generation coming from sustainable electricity sources. Those sources will include solar energy, wind power, hydropower, biomass and geothermal. States with ample wind and sunshine typically have the most sustainable energy resources.

Vermont has the most sustainable electricity sources of any state, with 100% of the electricity generated within it coming from renewables. Vermont consumes more than three times as much electricity as it produces, however, so that figure of 100% is a little deceiving.3 The state supplements its electricity with imports from other states that could be from non-renewable sources. 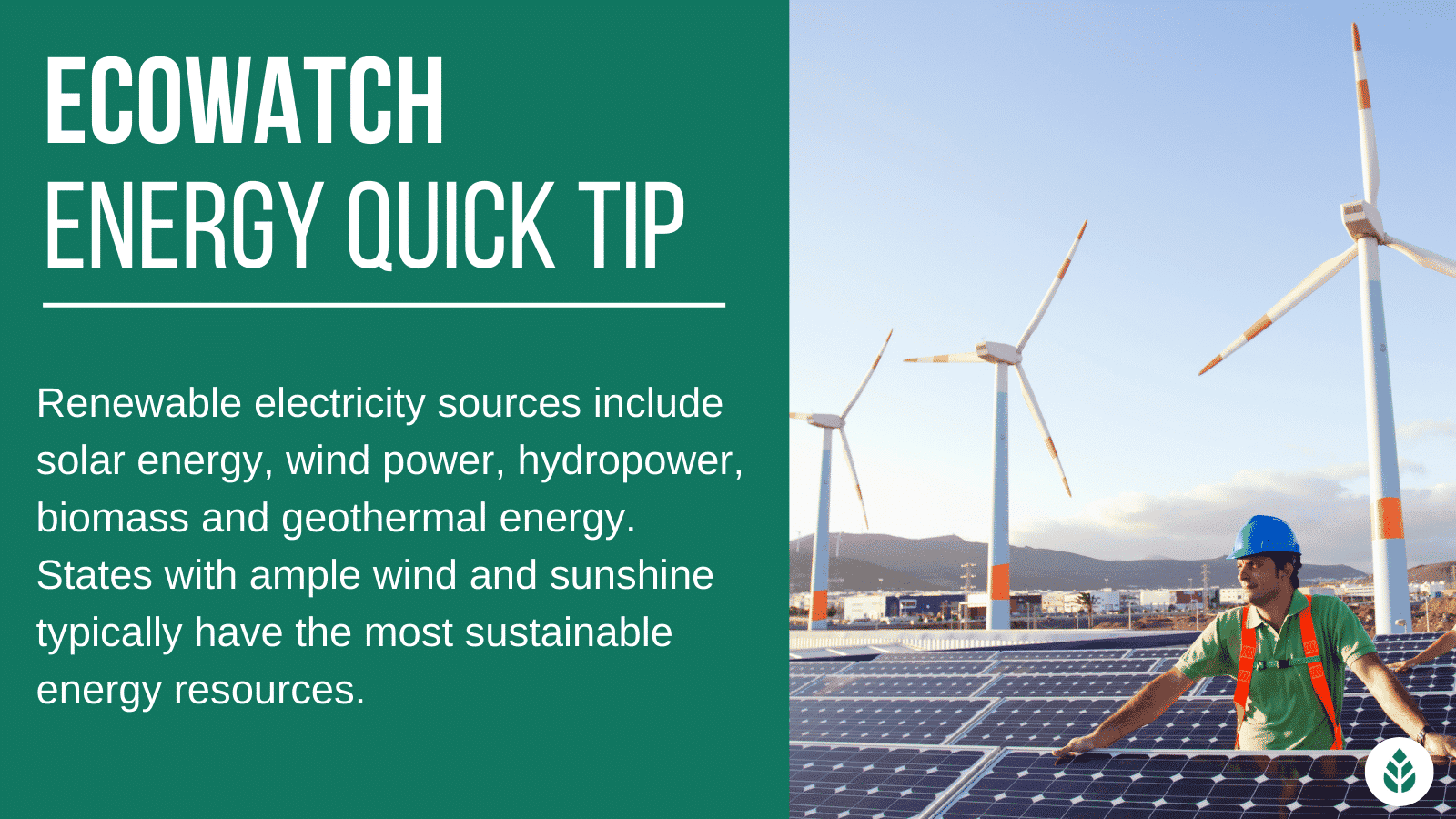 If you’d like to get more specific about the renewable electricity sources by state, visit our breakdown of states leading in solar energy.

Delaware is the state with the least sustainable generating facilities, with 96.3% of the electricity produced within the state coming from dirty sources (mostly natural gas).

But before we get too hard on Delaware, let’s point out that it produces less energy than any other state (around 0.1% of total U.S. electricity) and imports most of its electricity. The state has a renewable portfolio standard requiring that renewable energy sources account for 40% of electricity use within the state by 2035. 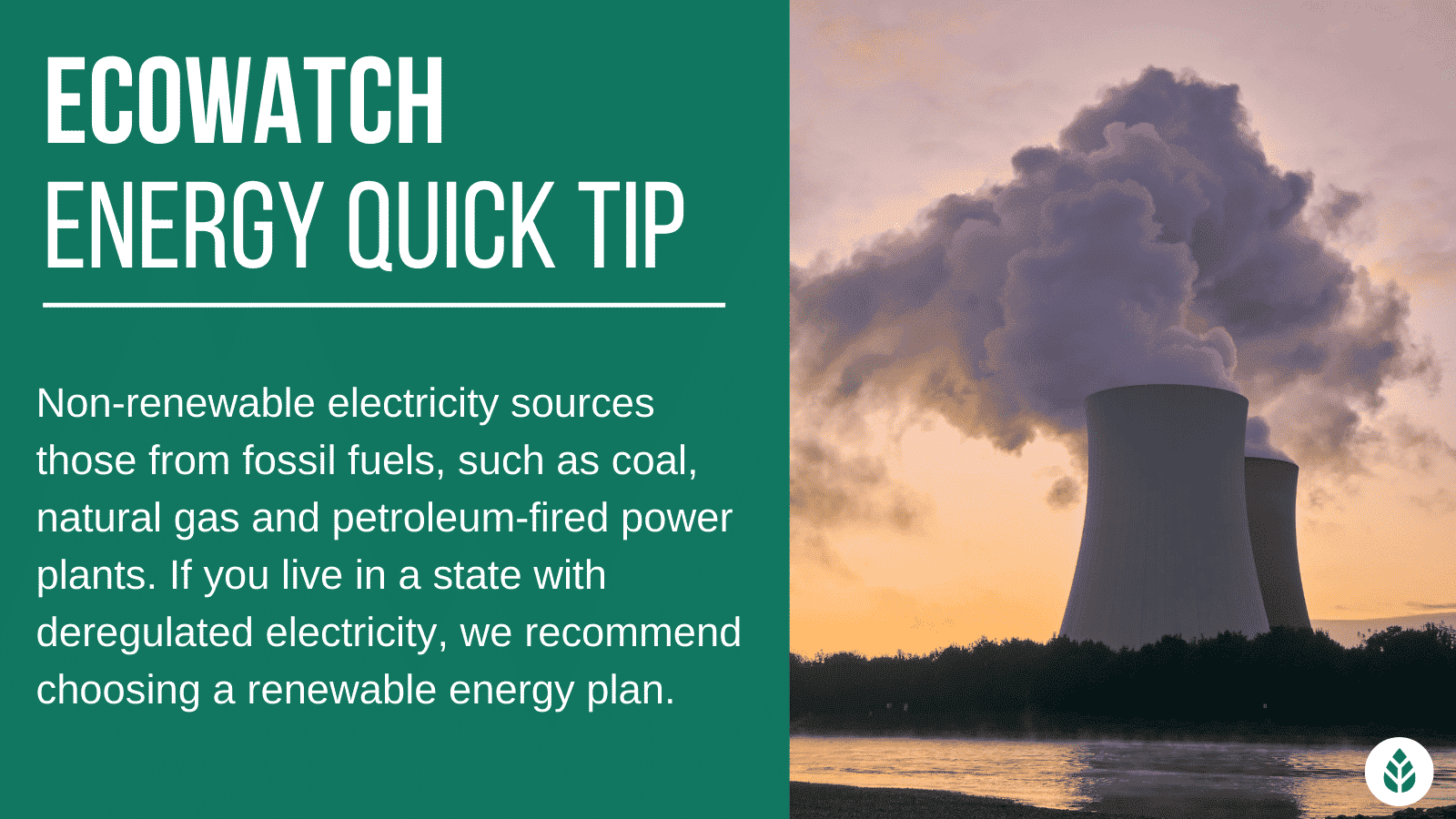 How to Support Clean Electricity Sources in Your State

In most states, the average consumer doesn’t really have a say in where its public utilities source their electricity.

But if you live in a state with a deregulated energy market, you may have the power to choose a company that provides energy from 100% renewable sources including utility-scale wind energy and solar photovoltaic farms.

If you live in one of these 15 states, you may be eligible to switch energy suppliers in order to support clean electricity sources. Switching electricity providers can seem intimidating, but we have you covered.

To find the best electricity rates in your area, we recommend comparing prices from a few providers. As a trusted energy information source, EcoWatch is often able to secure discounted rates for our readers. You can use this tool or the buttons below to be connected with local energy providers near you. 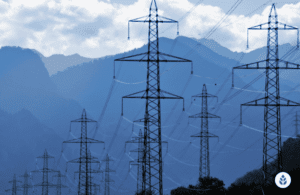