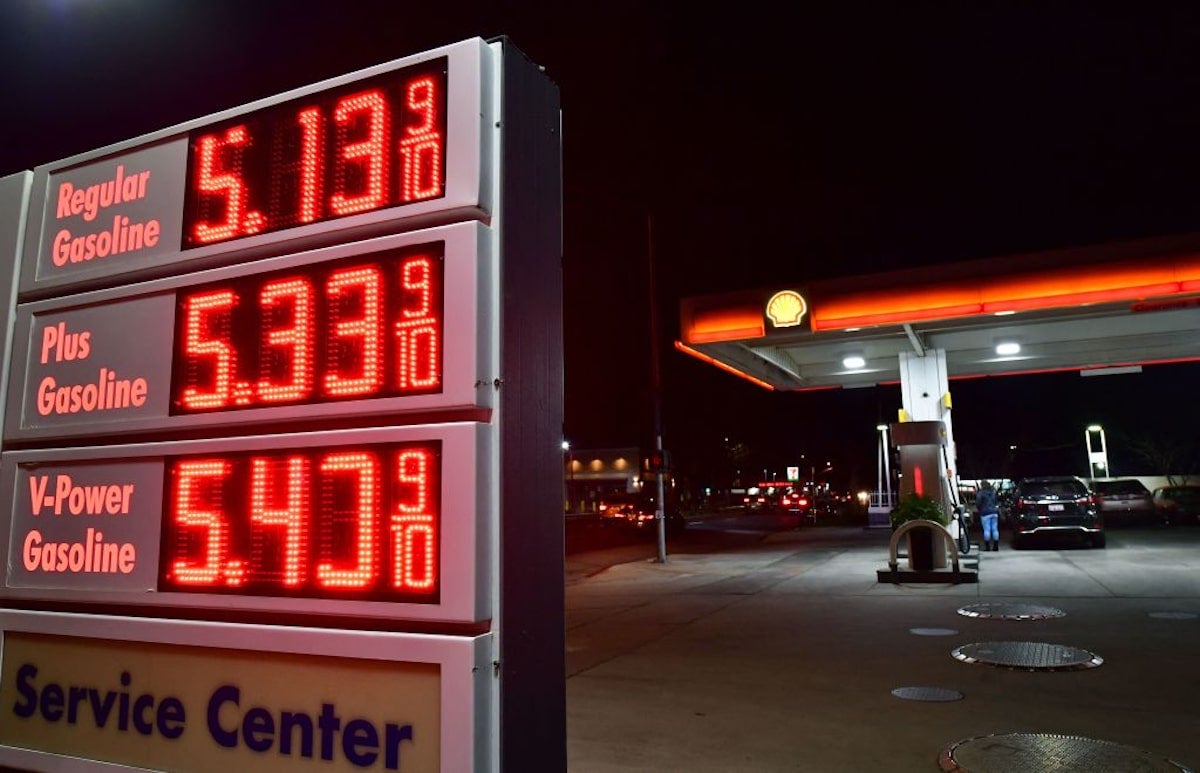 Russia’s invasion of Ukraine has demonstrated again that war and energy are inextricably linked.

The invasion has so far put a pin in the controversial Nord Stream 2 pipeline from Russia to Germany, prompted fossil fuel companies to argue for increased production and led to worrying attacks on nuclear power plants. Now, oil and gas prices are soaring around the world.

“There are few words to describe the unprecedented rise in gasoline prices over the last week, with massive spikes coast to coast in both gasoline and diesel prices, as oil prices jump to their highest since 2008,” GasBuddy head of petroleum analysis Patrick De Haan told CNBC.

The spike is down to the fact that Russia is the world’s second largest producer of crude oil, after Saudi Arabia, according to BBC News. It also provides Europe with a third of its oil supply. However, on Sunday U.S. Secretary of State Antony Blinken said that the U.S. and its allies were considering banning the import of Russian oil, as Reuters reported.

“We are now in very active discussions with our European partners about banning the import of Russian oil to our countries, while of course, at the same time, maintaining a steady global supply of oil,” Blinken told NBC’s “Meet the Press,” according to Reuters.

News of possible sanctions were followed by a spike in oil prices, BBC News noted. The price of Brent crude oil rose to $139.13 a barrel early on Monday – the highest in nearly 14 years. It then fell slightly to around $123. Gas prices in the UK reached a record high of 650 pence per therm, The New Statesman reported. In the U.S., AAA data found that prices at the pump averaged $4.009 a gallon Sunday, the highest since 2008, CNBC reported. However, prices could go on to break records.

“Forget the $4 per gallon mark, the nation will soon set new all-time record highs and we could push closer to a national average of $4.50,” De Haan told CNBC.

European leaders, however, have said that a ban on Russian imports is unlikely.

“The painful reality is we are still very much dependent on Russian gas and Russian oil and if you now force European companies to quit doing business with Russia that would have enormous ramifications around Europe including Ukraine but also around the world,” Netherlands Prime Minister Mark Rutte said, as BBC News reported. “We have to reduce our dependency. That will take time.”

In response to the crisis, oil and gas companies have argued in favor of ramping up oil and gas production in the U.S. However, climate advocates are arguing instead to accelerate the transition to renewable energy. Experts are also noting the link between fossil fuel production and war. In his book Petro-Aggression, Brown University Climate Solutions Lab director Jeff Colgan wrote that oil-producing states can use their earnings to fund warfare, and countries that rely on oil-and-gas exports tend to be around 50 percent more involved with conflicts than countries that don’t, according to Inside Climate News.

“Putin is able to use the oil money to get rid of any domestic political constraints and to build a military and a war chest to allow these kinds of foreign policy adventures,” Colgan explained.

This is why some argue that fossil fuels are the enemy of both a livable climate and peace on Earth.

“Human-induced climate change and the war on Ukraine have the same roots, fossil fuels, and our dependence on them,” Svitlana Krakovska of the Ukrainian Hydrometeorological Institute said, as Inside Climate News reported.