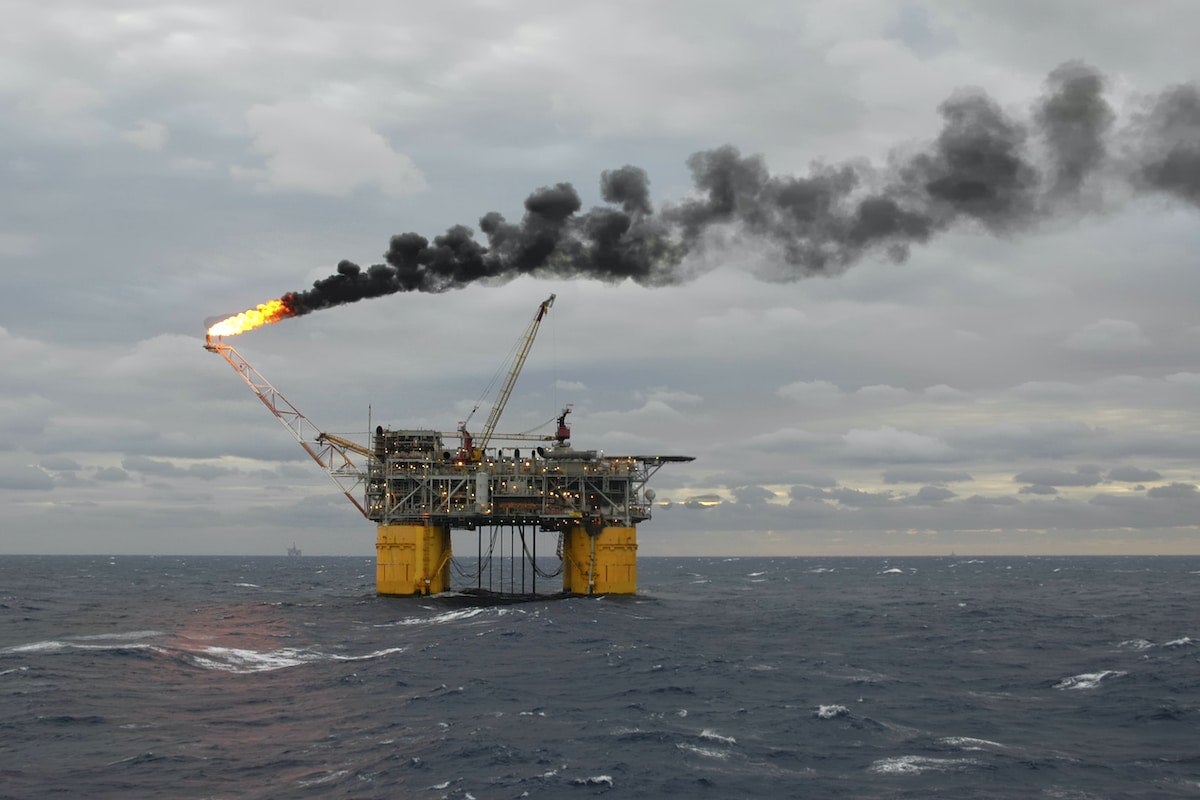 An offshore drilling platform in the Gulf of Mexico. landbysea / iStock / Getty Images Plus

The Biden administration issued a proposal Friday for how to handle offshore drilling over the next five years.

The proposal would ban new drilling for oil and gas off the Atlantic and Pacific coasts but allow up to 11 lease sales in the Gulf of Mexico and Alaska’s Cook Inlet, falling short of the full ban backed by climate activists.

“By proposing as many as 11 new offshore drilling lease sales, President Biden is taking us down the same old path toward more spills and a warmer climate,” Environment America’s oceans campaigns director Kelsey Lamp said in a statement emailed to EcoWatch. “This plan would lock in long-term risks that, with renewable energy on the rise, we increasingly don’t need.”

President Joe Biden had promised during his campaign to prevent new oil and gas drilling on federal lands, as The Guardian reported.

“No more drilling on federal lands, no more drilling, including offshore – no ability for the oil industry to continue to drill – period,” he said during a 2020 debate with Bernie Sanders.

However, his administration’s early pause on new drilling on public lands was overturned by a U.S. district judge in Louisiana, as AP News reported. The 11 potential lease sales offered by the administration — 10 in the Gulf and one in Alaska — are much fewer than the 47 sales proposed by the Trump administration’s Department of the Interior (DOI). The Biden administration’s proposal offers several options that include no new lease sales between 2023 and 2028.

“A Proposed Program is not a decision to issue specific leases or to authorize any drilling or development,” Interior Secretary Deb Haaland said in the announcement. “From Day One, President Biden and I have made clear our commitment to transition to a clean energy economy. Today, we put forward an opportunity for the American people to consider and provide input on the future of offshore oil and gas leasing. The time for the public to weigh in on our future is now.”

The proposal is now open to public comment for 90 days, according to AP News. Following the comment period, a final proposal will be released 60 days before the Interior Secretary approves it.

The issue of drilling on public lands has been subject to a legal back and forth since Biden took office. The administration offered a lease sale in the Gulf of Mexico following the orders of the Louisiana judge only to have it overturned by another court ruling on environmental grounds. The administration offered its first onshore lease sale last week in eight Western states including Wyoming, which brought in a total of $22 million in bids, according to The Guardian. However, green groups have also sued to block the Wyoming sale.

“The Biden administration decision to hold this lease sale directly conflicts with the commitments it has made to address climate change,” Earthjustice senior attorney Michael Freeman said in a statement emailed to EcoWatch. “Holding a large lease sale in Wyoming will do nothing to reduce gas prices. But it will boost profits for oil and gas companies while the American people bear the brunt of our worsening climate crisis. We are running out of time for the administration to protect our future.”

Proponents of drilling argue it is necessitated by high energy prices.

“Our allies across the free world are in desperate need of American oil and gas,” Democratic West Virginia Senator Joe Manchin — whose pro-fossil fuel advocacy has scuppered major climate legislation in the Senate — said in a statement reported by The Guardian. “I am disappointed to see that ‘zero’ lease sales is even an option on the table.”

However, environmental groups argue that new drilling won’t do anything to relieve high pump prices.

“Expanding offshore drilling puts more ocean waters, marine life and coastal communities at risk of catastrophic blowouts and ongoing harm. If the administration chooses a plan that expands leasing, it will deepen our dependence on the fuels driving the climate crisis and padding the war chests of belligerent petro states. And it won’t do a thing to ease summer pump prices,” President and CEO of the Natural Resources Defense Council Manish Bapna said in a statement emailed to EcoWatch. “Oil and gas companies already lease enough of the Gulf to cover half the state of South Carolina. That’s plenty, the industry itself says, to produce for another decade or more.”