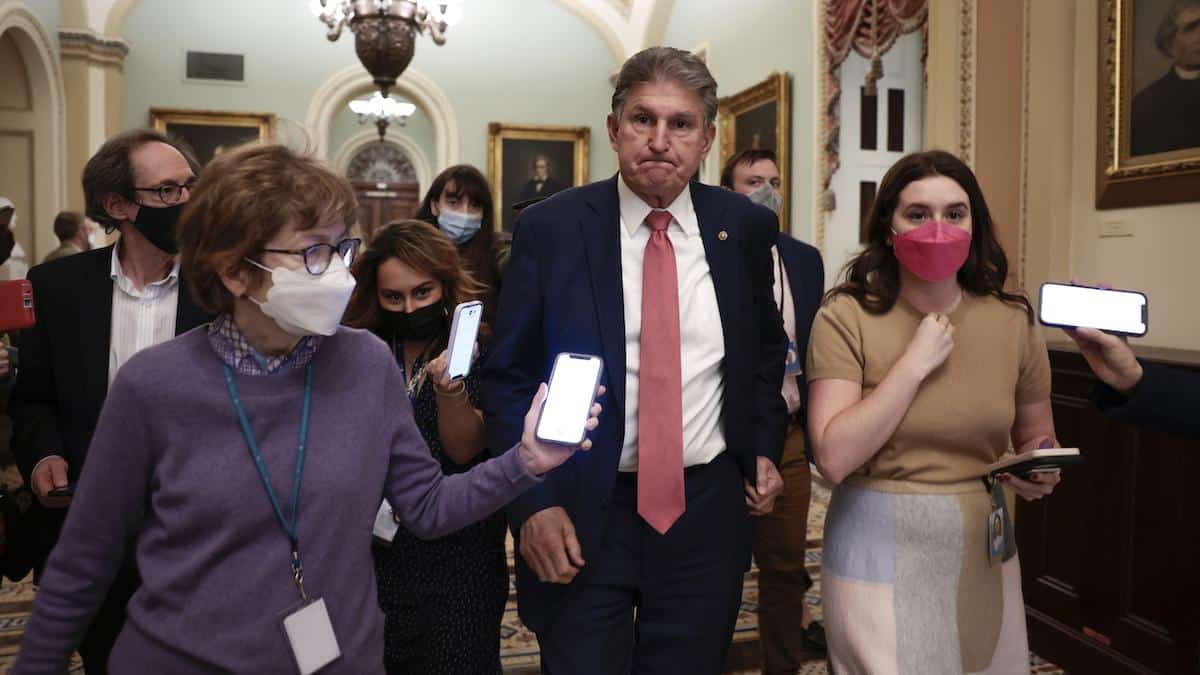 Senator Joe Manchin (D-WV), who famously shot a literal hole through the 2009 Cap and Trade bill, said Sunday he “could not” vote for the Build Back Better Act, likely dooming the bill in its current form.

His opposition, largely predicated on the bill’s price tag, came despite the bill being significantly scaled down to appease his concerns and assurances after the passage of the bipartisan infrastructure bill last month that he would negotiate in good faith.

In a written statement, Manchin – a millionaire coal baron and former executive at rightwing polluter-friendly bill mill ALEC– rationalized his opposition to the bill by invoking disinformation falsely blaming renewables for gas- and climate-driven blackouts in Texas and California, claiming BBB would move us too quickly to a clean energy economy.

On Sunday, many Democrats in Congress criticized Manchin’s position, but pushed to move forward with a vote on some version of the bill after the new year anyway.

“Today, Senator Manchin has betrayed his commitment not only to the President and Democrats in Congress but most importantly, to the American people,” Rep. Pramila Jayapal said in a statement. “He routinely touts that he is a man of his word, but he can no longer say that. West Virginians, and the country, see clearly who he is.”