Many have heard about Vivint's services, some of which seem too good to be true. Are they legit?

Considering going solar with Vivint Solar? Many consider Vivint to be one of the industry’s top solar companies due to its massive growth, but what do Vivint Solar reviews have to say about the company’s customer service as it expands?

As it turns out, all that glitters is not gold. In this article, we’ll walk through the pros and cons of Vivint and help you decide whether this is the best company for your solar installation.

When selecting a solar installer, you can save thousands of dollars by shopping around and comparing prices from multiple companies. To start getting free quotes from solar companies in your area — including Vivint — fill out the form below.

Vivint Solar is a full-service solar provider offering consultations, custom designs and residential solar installations. Founded in 2011, Vivint’s mission is to provide homeowners with simple and affordable clean energy. The company made an early splash in the industry with its modern approach to solar, bringing systems to a whopping 500,000 homes across the country in less than a decade. Its growth attracted the attention of Sunrun, which acquired Vivint in October of 2020.

Vivint’s swift success was mainly due to its commission-based direct-to-home sales network, which is able to recruit large numbers of salespeople that go door to door throughout Vivint’s service area of 22 states. But how did this method live up to the company’s mission of simple and affordable solar energy? Not so well.

Vivint’s loose sales structure allowed salespeople to advertise misleading concepts like “free solar panels,” and many unassuming customers signed contracts unaware they were locking into a 20-year lease with hefty cancellation fees. To make a long story short, the company is facing some lawsuits for its misleading sales practices, and there are thousands of scathing Vivint Solar reviews online.

Though Vivint’s sales practices have been troubling, this review will cover all of what makes Vivint Solar unique. For some, Vivint has been a good choice. Our point remains, however, that if you’re considering solar with Vivint, be sure to do your research and understand what you’re buying into. 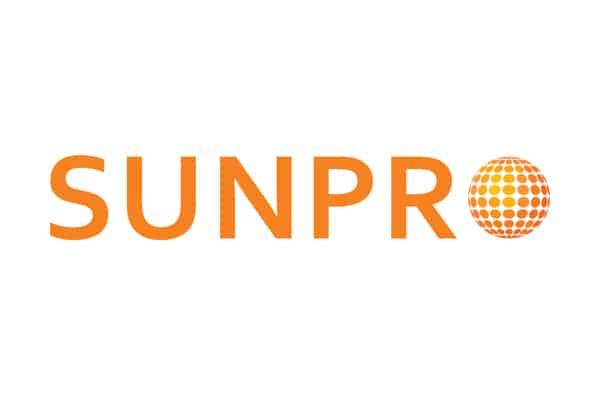 Vivint exclusively offers monocrystalline PV solar panels with passivated emitter and rear contact (PERC) solar cells, as it believes these are the most efficient solar panels on the market. PERC panels are typically the best type of solar panel for any residential installation, especially when roof space is more limited.

Vivint’s biggest brand partner is LG, which is known for manufacturing quality, high-efficiency solar panels and the LG Chem battery — one of the best on the market. Vivint also provides Tesla Powerwalls for some customers. These devices are all compatible with Vivint’s solar and SmartHome options, which can put you in full control of your home’s energy.

Vivint offers a fairly standard warranty when compared to similar solar providers. The warranty is broken down as follows:

Basically, the linear performance warranty is a production guarantee that factors the decline in output that all solar panels experience over time.

All other warranties (such as panels, batteries and inverters) are product-specific but are guaranteed to be at least 10 years.

As we like to mention in our solar articles, bigger companies do not always offer more affordable systems. Vivint is known for its above-average costs due to the customization, technology and quality of products offered. If the low-seeming cost of a solar lease appeals to you, we encourage you to look into
financing options for purchasing panels through a local solar provider instead.

It is important to remember that when you get your solar through a lease or PPA, you will have two monthly energy bills — one from your utility company and one from Vivint Solar. Most companies issuing solar leases have a guarantee written into the contract that your total monthly energy payments will be below what they were previous to installing solar. Vivint does not offer this same guarantee.

Now that we’ve covered the basics of Vivint Solar’s services and products, let’s get into Vivint’s customer experience. This is where Vivint has run into some trouble. Due to its commission-based, remote sales structure, many salespeople focus only on securing the sale before moving on to the next potential client. They aren’t incentivized to deal with any issues post-sale. Though this has allowed Vivint to grow rapidly, most of this growth resulted from unrealistic expectations set by salespeople.

In the worst Vivint Solar reviews, customers claim to have been tricked into signing a contract after being advertised free solar panels on their homes. Sadly, thousands of Vivint customers have experienced either deceptive sales or increases in their energy bills after signing a lease or PPA with Vivint. What’s worse, canceling a Vivint contract early can cost over $20,000. Many innocent customers were, and are still, trapped in bad contracts laid out by unethical sales tactics.

Let’s look at both sides of the coin:

Negative Vivint reviews (of which there are many) typically mention customers feeling they were deceived, locked into bad contracts or that the product installed did not perform as expected. Here are a few that we found particularly revealing.

“It took Vivint Solar five months before my system was installed. System was not up and running, and it has failed inspection twice. I then found out the system was not producing. I have called different reps in the company only to get the runaround. I have not received a single call back. I wish I had never signed with this company. They are unreliable and not trustworthy.” – Juan via BBB

“Vivint is by far the worst company of any kind I have ever had the misfortune to deal with. They installed panels on my roof in no time and cashed their check quickly. Six months later, I still have ZERO electricity generated and no timetable for when I might possibly have my system online. It is impossible to talk to anyone who knows anything about anything. They are a scam, not a company.” – Terry via Trustpilot

This is not to say that all Vivint customers have had bad experiences. Some who have done their research, opted to purchase systems and customized their systems found exactly what they were looking for.

We couldn’t help but chuckle at this customer who felt they needed to add that they weren’t lied to:

“We have solar in our house in Maryland with Vivint and we have the home security system, too. We [love] it. Our rep was great and never lied about anything to me! Happy Vivint customer.” — Julia via Yelp

We’d like to tell you that after having class-action lawsuits filed against it, Vivint has changed its ways and instilled the importance of proper education and realistic expectations into the solar sales process, but we like to let customers speak for themselves. Vivint Solar has well over 2,000 customer complaints filed against it through the BBB.

Vivint has helped the solar industry make strides in modernization, customization and overall volume of solar installed, but we cannot in good conscience recommend Vivint Solar to our readers. Deceptive sales practices can give the entire solar industry a bad reputation for being a money grab or a method to take advantage of customers burdened by high energy costs.

In our research, we found the most frequently asked questions about Vivint Solar to revolve around whether the company is a scam or a pyramid scheme. This is revealing about the overall sentiment among prospective solar customers.

However, if you are still interested in Vivint Solar, we encourage you to read your contract closely and specifically ask what happens if your solar system doesn’t produce as promised. We also recommend
talking to a few other solar companies whose customers have better things to report.

To put all this in context, let’s line Vivint Solar up with some of its main competitors.

To start getting free quotes from solar companies in your area — including Vivint — fill out the form below.

Why is my Vivint Solar bill so high?

If your electricity bill or Vivint bill is higher than expected, the first thing you should do is consider how much energy you’re using at home. Since so many homes now serve as remote offices, many customers are using considerably more energy than they have in the past.

That being said, Vivint Solar does
not offer a guarantee that your system will produce as first estimated by the representative who sold you your contract. Many customers have run into trouble with poor system performance with Vivint, resulting in higher energy bills than before going solar.

Is Vivint Solar a pyramid scheme?

Can I get out of my Vivint Solar PPA contract?

It is possible to get out of a lease or PPA agreement with Vivint Solar, but there is typically a very high fee associated with this. Vivint Solar has faced issues with unhappy customers who feel trapped in contracts. Be sure to read your contract closely if you plan to go solar with Vivint.

How does Vivint Solar make money?

Vivint Solar is a legitimate solar company that makes its money through sales, installations, maintenance and service. We believe this question may be coming from the fact that Vivint Solar’s salespeople make money strictly on commissions from sales. Though this is somewhat common in the solar industry, the scale at which Vivint Solar operates has led to some deceptive sales processes.

Where is Vivint Solar’s service area?