Stepping up for Salmon 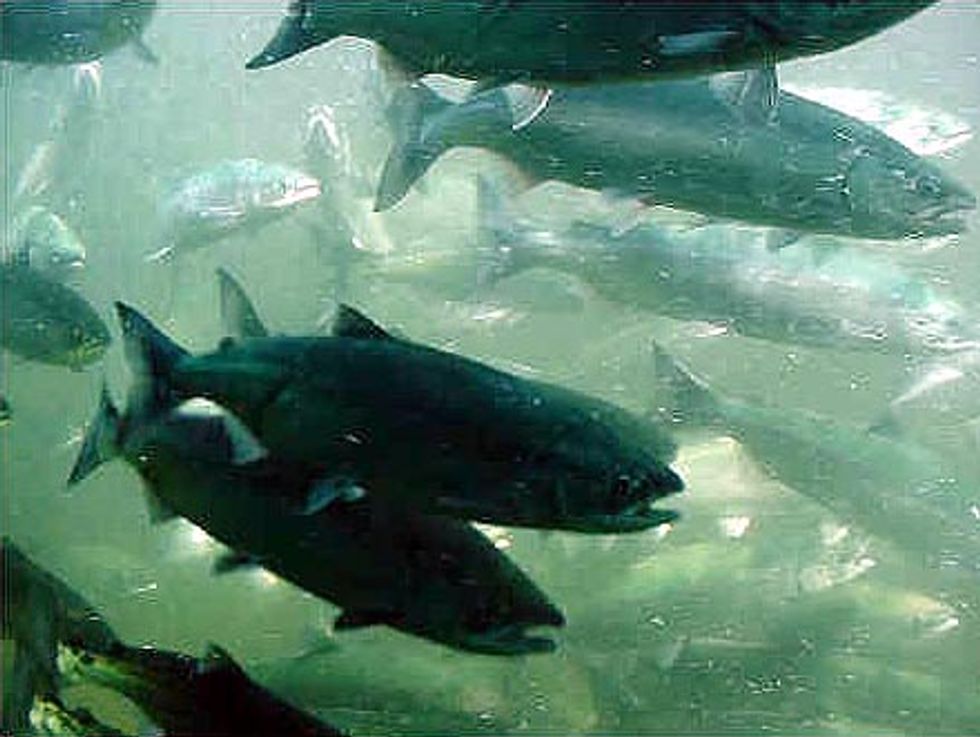 The critical role that wild Alaskan salmon play in Washington's culture and economy is clear. Salmon are a staple of the regional cuisine and the source of thousands of jobs. But these benefits reach far beyond Alaska and the Pacific Northwest. Bristol Bay in southwest Alaska is home to the world’s largest remaining runs of sockeye salmon—sustaining a diverse array of wildlife and a thriving commercial fishery, and attracting sport anglers from all over the world.

That’s why it's encouraging to see U.S. Senator Maria Cantwell (WA) recognize the importance of Bristol Bay and shed some light on the serious risks from the proposed Pebble Mine—making her one of the first politicians from outside Alaska to take a stance on the project.

Pebble Mine would be the largest open pit gold and copper mine in North America, and the billions of tons of toxic waste produced could devastate salmon and other wildlife and the thousands of jobs they sustain.  Native communities, sport and commercial anglers, and conservation groups have serious concerns about these impacts, and now Senator Cantwell is adding her voice.

In a letter to the Environmental Protection Agency (EPA) Administrator Lisa Jackson, Senator Cantwell states:  “Should scientists determine that pollution from a large-scale development in the Bristol Bay watershed could have unacceptable adverse impacts on water quality and the fish stocks that depend on it, I would support efforts to prohibit or appropriately restrict such activities, including the utilization of Section 404(c) of the Clean Water Act (CWA).”

Section 404(c), to which Sen. Cantwell refers, gives the U.S. EPA the power to veto permits required to develop the mine if it is determined that the impacts would be too damaging to fisheries, wildlife or recreation. While this is one approach that may be effective in halting this dangerous project, there's another action the U.S. EPA should take that could stop many other destructive mines across the country from dumping their toxic waste into our nation’s waters.

Currently, there are two loopholes in the CWA that allow hard rock mines to dump their toxic waste into our lakes, streams and other waters. By closing these loopholes, the U.S. EPA can affect not only the Pebble Mine in Alaska, but the Polymet Mine in Minnesota, Mt. Emmons Mine in Colorado and many other proposed mines that will likely rely on these loopholes to cut costs and justify extensive environmental damage. These mines—many of which are owned by foreign companies—could have harmful long-lasting effects on local communities, fish and wildlife populations.

Because the mining industry is currently developing in places at a scale almost unimaginable a decade ago, action must be taken now to protect our nation’s waters and wildlife from the toxic pollution of hard rock mines. I hope more politicians take Sen. Cantwell’s lead in shining the spotlight on dangerous projects such as Pebble Mine and make it a priority to protect our nation’s precious resources and the wildlife that depend on them.