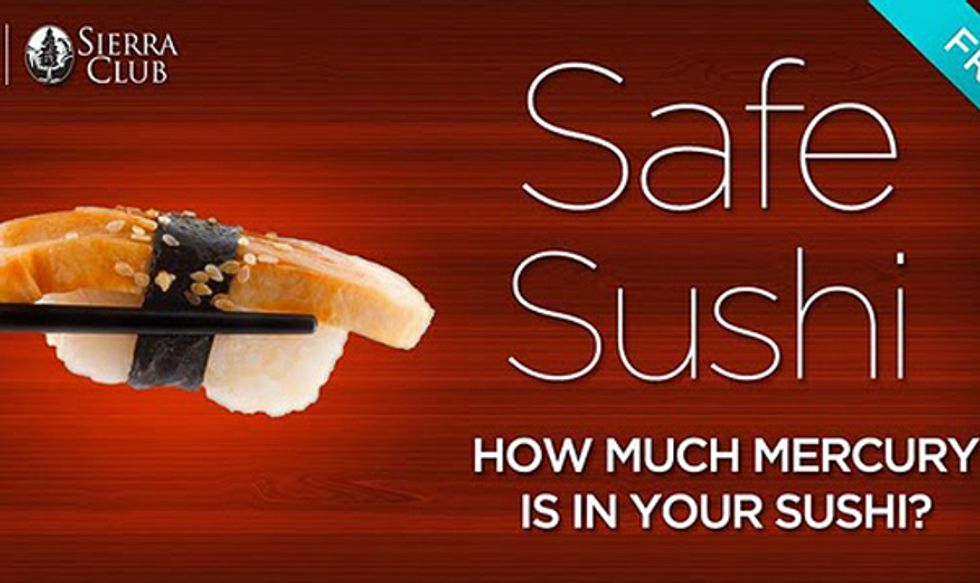 Successfully eating with chopsticks will once again be the most nerve-racking part of eating sushi, thanks to a new app that informs and educates consumers about mercury levels in fish. The Sierra Club, the largest and most effective grassroots environmental advocacy group, announced the availability of the Safe Sushi app Dec. 8.

Safe Sushi is an app for people who love to eat sushi and want to be informed about which fish have high levels of mercury. The app can be used in two ways—sushi novices can search by mercury level (high, moderate and low) and sushi connoisseurs can search by the name of the fish.

Safe Sushi is free to download in the Android Market and will be available for free in iTunes Dec. 16.

Mercury is especially threatening to pregnant women and young children. Alarmingly, as many as one in six American women have enough mercury in their bodies to put a baby at risk and more than 300,000 babies are born each year at risk of mercury poisoning. Safe Sushi is a practical tool for women of child-bearing age who want to educate themselves about the types of fish they should or should not consume.

Mercury comes primarily from coal-fired power plants, where it rains down into our rivers and streams and then gets into the fish. When we eat contaminated fish (such as certain types of tuna), it gets into our bodies. Safe Sushi includes a tutorial that illustrates how mercury is absorbed into the atmosphere and moves through the food chain.

The Sierra Club is America’s largest and most influential grassroots environmental organization with more than 1.4 million members and supporters nationwide. The Sierra Club works to safeguard the health of our communities, protect wildlife, and preserve our remaining wild places through grassroots activism, public education, lobbying and litigation. For more information, click here.