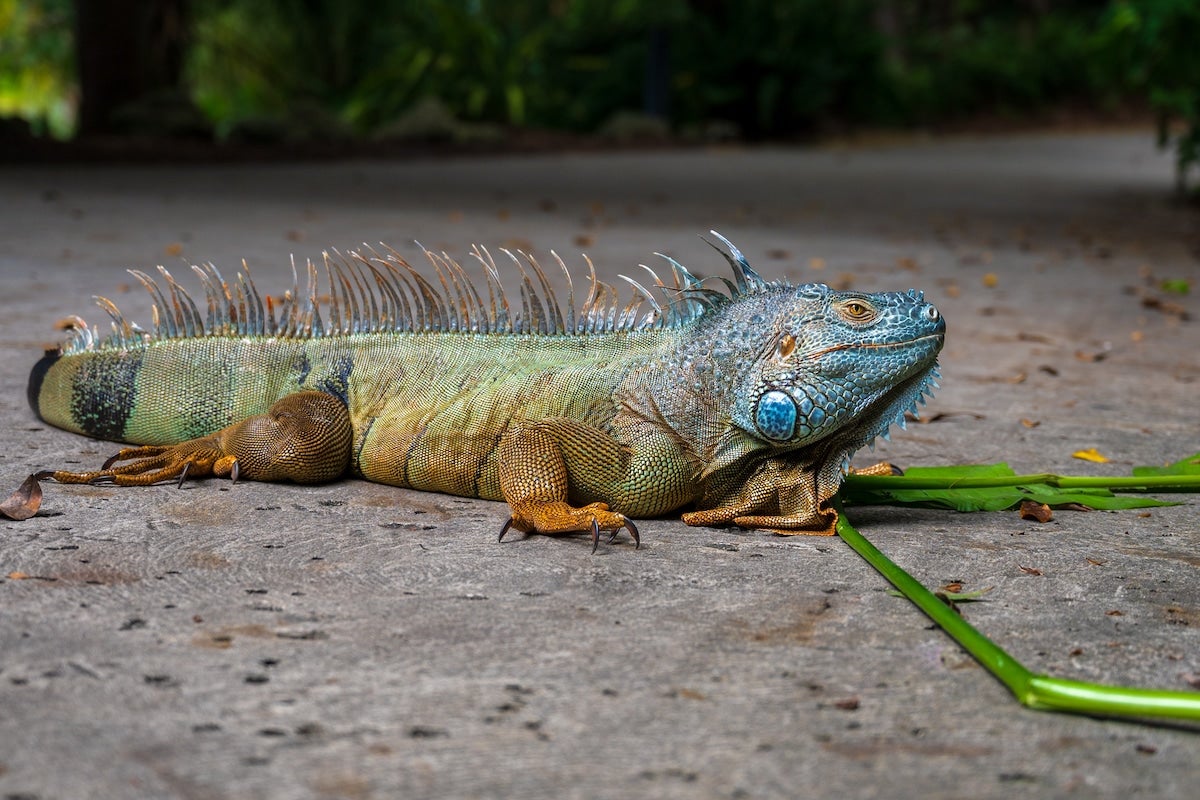 An unlikely source was responsible for a “large scale outage” in a Florida city Wednesday.

The city of Lake Worth Beach (LWB) blamed a loss of power on one of the state’s infamous invasive green iguanas.

“LWB Electric Utility is currently responding to a large scale outage caused by an iguana at our 6th Ave Substation,” the city tweeted. “This outage is [affecting] customers in the South East area of our service territory.”

The city’s announcement came at around 11:43 a.m. local time.

“[T]he iguana in our neighborhood went up under the transformer or something but he blew it and he fried,” a woman familiar with the situation said on the city’s Facebook page.

For the iguana, the consequences of the incident were permanent. For Lake Worth Beach residents, power was restored within around 35 minutes, Lake Worth Beach’s assistant director of system operations Jason Bailey told WPTV. A total of 1,431 customers were impacted, city spokesman Ben Kerr said.

One of them was Abigail Kowal with Happy Car Sales who said she first thought there had been a car accident. “My gosh, what happened? Everything just shut down. My computers weren’t working,” she told WPTV.

She was surprised to learn that the culprit was an iguana, but apparently iguana-caused outages are not so uncommon in Florida. Kerr said the city had dealt with three iguana-related incidents this year.

“It’s down 50% from last year,” Kerr said. “And that’s to do with us putting in a lot of safety measures to try and stop it. The problem with the iguana is because they’re so big, they basically drive over lines.”

Power isn’t the only thing that iguanas disrupt in Florida. Green iguanas are not native to Florida and are considered an invasive species, according to the Florida Fish and Wildlife Conservation Commission. They originated in Central America, tropical South America and parts of the Caribbean and were first spotted in Florida in the 1960s. The males can grow to be longer than five feet and weigh as much as 17 pounds, while the females also grow close to five feet but usually only weigh around seven pounds. They are considered a nuisance by many because they damage existing vegetation and leave their droppings lying around.

“Some green iguanas cause damage to infrastructure by digging burrows that erode and collapse sidewalks, foundations, seawalls, berms and canal banks,” the commission added.

Finally, their eating habits may pose a threat to native and endangered Florida species. There is evidence that they eat tree snails, and they have also been known to consume the plant nickerbean, which is vital for the endangered Miami Blue butterfly.

Perhaps their most surprising interference is their tendency to drop from trees when temperatures reach lower than 50 degrees Fahrenheit, cold stunning the reptiles who appear dead, CBS News explained.

Florida’s Three Major Utilities Propose 10% to 20% Rate Hikes, Citing Hurricane Damage, Natural Gas Prices
A combination of climate-fueled extreme weather events and a reliance
By Olivia Rosane
How Major Southeast Utilities Paid Local Media for Favorable Coverage
In Florida and Alabama, powerful utilities have lobbied against the
By Olivia Rosane
Dreaming of Beachfront Real Estate? Much of Florida’s Coast Is at Risk of Storm Erosion
By Zhong-Ren Peng
By The Conversation