How well do solar panels hold up against the elements? 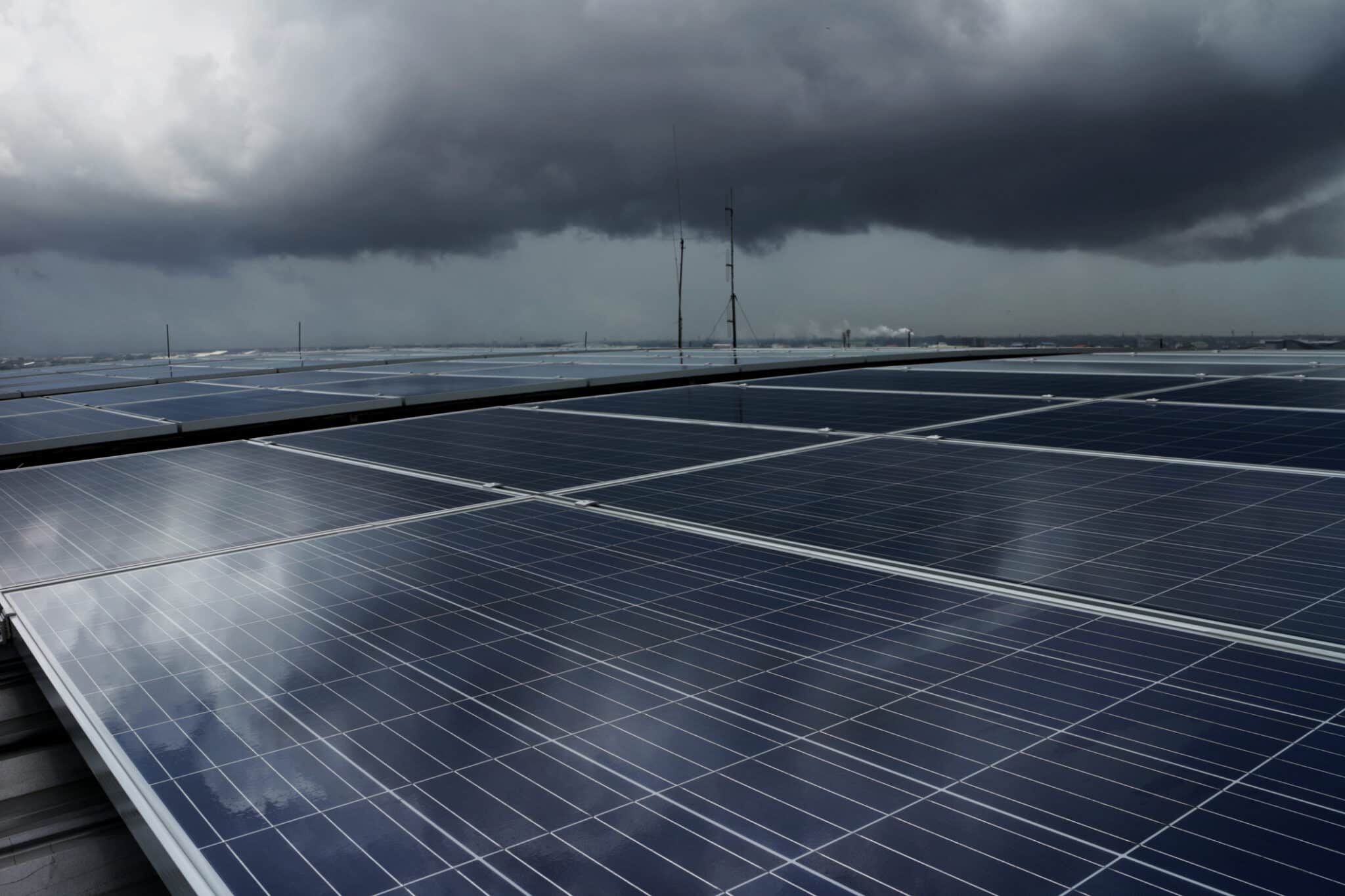 Extreme weather events can make you feel helpless, and nothing reminds you quite how reliant you are on public power like a grid outage. If the power goes out, it’s difficult to know whether it will return within minutes or within days. At best, outages are costly and inconvenient interruptions (costing the U.S. close to $168 billion in a year).1 But in some cases, power outages from extreme weather can even be deadly.

In 2021, the U.S. experienced a record-breaking 20 weather or climate disasters that each resulted in at least $1 billion in damages.2 Most notably, a polar vortex wreaked havoc on an unsuspecting Texas power grid, leading to the deaths of 250-500 people (and staggering power bills for some who maintained power).3 Scorching temperatures in Oregon shut off the lights for thousands. Hurricane Ida knocked out power in Louisiana for weeks in some areas.4 Writing this piece from my apartment in New Orleans, this subject carries some special importance.

Those who have experienced extended power outages are turning to solar as a means to adapt to increasing extreme weather events. Is it the future of climate resilience? How do solar panels hold up against the elements? Let’s take a look.

How Does Solar Hold Up in Extreme Weather?

Solar is often advertised as a tool to increase the resilience of our energy sources. But, by design, solar panels are placed in areas completely exposed to the elements. How do they hold up when extreme weather arises?

Solar panels are designed to withstand high winds; the best are generally certified to handle winds up to 150 mph. Wind load rating is measured in Pa (dynamic pressure) and ranges from 2,400-5,400 Pa. Here’s a rough look at the wind strengths some of the best products are tested to withstand, as reported by the following manufacturers:

Data shows that the more frequent damage incurred during hurricane season is due to solar panel racking, which can be dislodged during high winds if installed poorly.13 Debris, fallen tree branches or other hazards can also damage solar arrays. But generally, solar panels are very durable.

Historically, solar panels have withstood the tests of several major hurricanes of late, including in Puerto Rico and Louisiana, where solar owners fared much better than those who relied on public utilities for power.

A fun fact about solar panels you may have heard: They’re actually more efficient in the cold. But when the weather turns extreme, or if heavy snowfall accompanies the low temps, there are a few more question marks.

Solar panels are typically installed at an angle so that any light snowfall will slide off. Although they can shed light snowfall, heavy snow can still accumulate quickly, preventing any sunlight from reaching your solar panels. On top of the loss of electricity, the weight of a heavy snowfall can place a lot of stress on a PV system’s support and racking, sometimes leading to cracks. Studies have shown that snow events can cause the biggest challenges to solar power’s performance in extreme weather.14

Solar and other renewables were given a good stress test during the winter storms in Texas last year. While skeptics placed the blame for the mass outages on renewable energy sources, reports show that renewables (mostly frozen wind turbines) contributed to a relatively minor loss of the state’s energy output when compared to the losses from gas and coal. Environment Texas reported that the gap between supply and demand for energy would have been even greater without the energy that solar provided.15, 16

Solar panels are most popular where sunshine is most abundant; this also tends to be in regions prone to extreme heat and wildfires. Heat waves won’t pose a direct threat to your solar panels, since most are designed to withstand extreme temperatures ranging up to 200 degrees F.17 Counterintuitively, however, solar panel performance suffers slightly as temperatures increase (if you’ve heard the term temperature coefficient before, this is where it comes into play). Once you start getting north of 95 degrees F, your efficiency will start to suffer. Extreme cold will not have as much of an effect on your panels.

Wildfires present a larger issue for solar panels, but perhaps not in the way you’d expect. Of course, a solar panel array won’t stand much of a chance on a home that catches fire. But during the wildfire season, smoke particles in the air can decrease surface-level sun exposure, causing solar efficiency to suffer up to 30%.18

The Role of Solar & Energy Storage in Extreme Weather Preparation

Research shows that extreme weather-related power outages are on the rise. According to a report by the Associated Press:

In response to increasing concerns over extreme weather and the reliability of the American power grid, consumers across the nation are turning to solar panels with on-site energy storage. On-site energy storage is another way of describing a solar battery, which can store energy produced by your array.

A key clarification to note: Most solar energy systems with solar panels alone will not produce energy for your home during an outage. This is to protect the grid (and those working to repair it), as your panels would continue to send power through the grid otherwise, which could cause safety issues. By equipping your system with a solar battery, your home can continue to generate, store and use power while the grid goes down.

So, how exactly is extreme weather driving this interest? We spoke with Jeffrey Cantin, owner and president of New Orleans-based Solar Alternatives, about the increased demand for energy storage he’s witnessed in a region on the frontlines of a changing climate. Here’s what he had to say:

“Before recent back-to-back hurricanes, ice storms and tornadoes in the region, solar energy ownership was driven by savings and environmental concerns. Now, with the expectation of losing grid power for multiple days or weeks each year, we are seeing the majority of projects consist of batteries added to existing solar systems or batteries with new solar installations. The percentage of our projects that include a battery has tripled in just a couple of years. People are concerned about their safety; a clean home energy system with solar and battery is proving to be the most reliable solution.”

The most well-known solar batteries ordered from solar providers include the Tesla Powerwall II, Enphase Encharge and Generac PWRcell, to name a few. Most will range in price between $8,000 and $12,000 but offer cost-saving benefits like eligibility for tax credits and for bill reductions in areas without net metering.

The Future of Energy Resilience

Although most Americans don’t face a situation as extreme as Southern Louisiana, all trends are pointing toward extreme weather playing a large role in energy trends over the coming decades. While solar and storage play a huge role in increasing our resilience in the face of climate change, challenges still remain. The cost of energy storage technology has not dropped to the affordable price point of solar. Most current batteries also incorporate the use of cobalt, a resource with a high human cost.

Where there are challenges, there are also opportunities. Here are some of the most promising recent events that give an indication of what the future of energy resilience might look like: