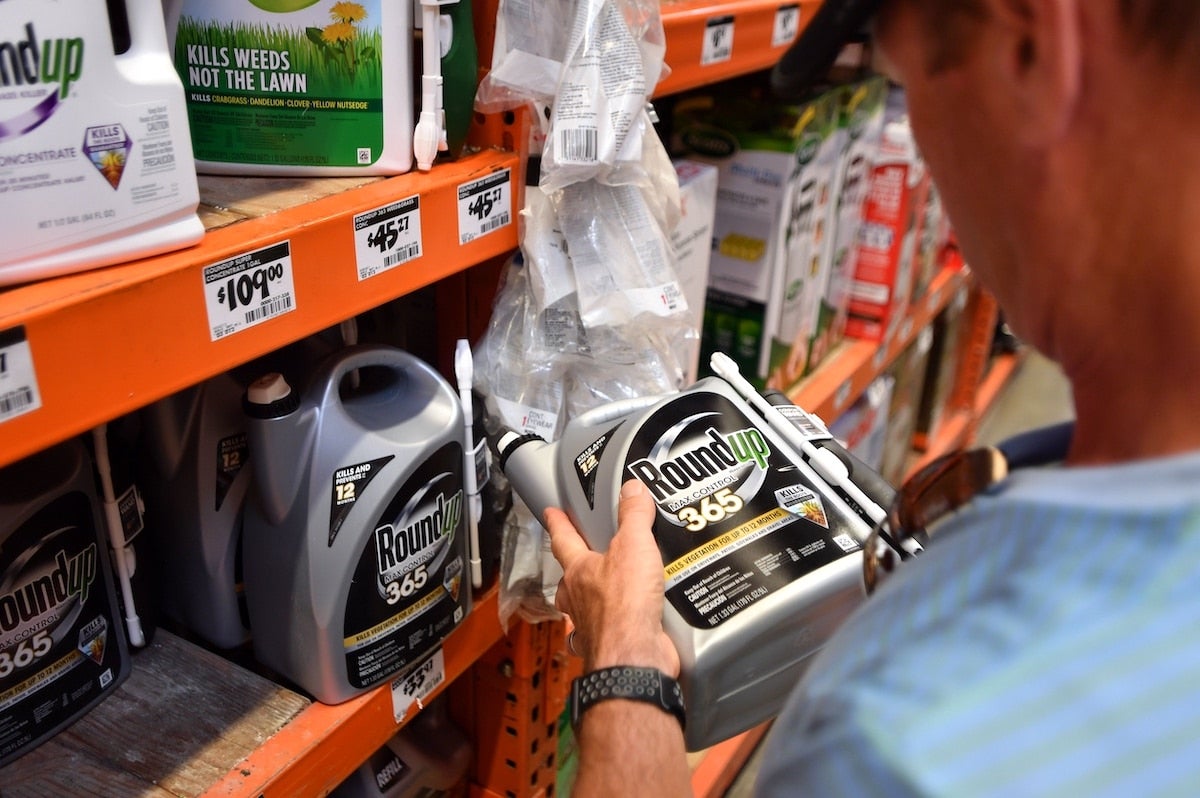 A federal court ruled Friday that the U.S. Environmental Protection Agency (EPA) must reconsider whether glyphosate — the active ingredient in Bayer’s Roundup weedkiller — poses a health risk to humans and endangered species.

Environmental groups had challenged the Trump administration’s 2020 interim registration for the chemical, which concluded that it did not cause cancer in humans or harm wildlife.

“Today’s decision gives voice to those who suffer from glyphosate’s cancer, non-Hodgkin’s lymphoma,” Center for Food Safety senior attorney and lead counsel on the case Amy van Saun said in a statement emailed to EcoWatch. “EPA’s ‘no cancer’ risk conclusion did not stand up to scrutiny. Today is a major victory for farmworkers and others exposed to glyphosate. Imperiled wildlife also won today, as the court agreed that EPA needed to ensure the safety of endangered species before greenlighting glyphosate.”

Roundup is the most widely used herbicide in the world, according to AP News. First developed by Monsanto, its ownership passed to Bayer in 2018. However, there is concern that the popular pesticide causes serious harm to the people who use it. In 2015, the World Health Organization’s International Agency for Research on Cancer ruled that glyphosate was “probably carcinogenic,” and Bayer faces thousands of lawsuits from people claiming that Roundup use caused them to develop cancer.

The current lawsuit, brought by the Center for Food Safety, Beyond Pesticides, Farmworker Association of Florida, Rural Coalition and Organización en California de Líderes Campesinas, challenged the EPA’s decision on two grounds. First, the groups disagreed that glyphosate does not cause cancer and second, they disagreed that it does not harm endangered species.

On Friday, the U.S. Court of Appeals for the Ninth Circuit agreed with the plaintiffs that “the EPA did not adequately consider whether glyphosate causes cancer and shirked its duties under the Endangered Species Act.”

The court ruled that the EPA’s determination that glyphosate was “not likely to cause cancer” ignored evidence and the agency’s own Cancer Guidelines, the Center for Food Safety said. Further, its conclusion that the chemical did not threaten endangered species ignored the agency’s own admission that glyphosate “may affect” all 1,795 endangered or threatened species that are exposed to it. The court therefore tossed out the EPA’s human health assessment and gave the agency a deadline of October 2022 to finish or do over all remaining glyphosate assessments including the ecological toxicity assessment, the assessment of impacts on farmers and the Endangered Species assessment.

“We are grateful that the court decided in our favor,” Rural Coalition chairperson John Zippert said in the statement emailed to EcoWatch. “We need to halt glyphosate’s devastating impact on the farmworkers and farmers who suffer the deepest consequences of exposure. This decision will hopefully hasten the transition to farming and gardening methods and practices that increase resilience, protecting our children, our planet, and all those who feed us.”

In response, the EPA said it would review the decision, as Reuters reported.

Bayer, meanwhile, maintained that the EPA’s 2020 decision “was based on a rigorous assessment of the extensive body of science spanning more than 40 years,” as AP News reported. It added that it believed the agency “will continue to conclude, as it and other regulators have consistently concluded for more than four decades, that glyphosate-based herbicides can be used safely and are not carcinogenic.”

Bayer has already settled around 95,000 glyphosate lawsuits for more than $10 billion and announced that it will stop selling glyphosate products to the U.S. home and garden market beginning in 2023.

However, there is a petition pending before the Supreme Court to overturn a jury decision that granted $25 million to a California resident who developed non-Hodgkin’s lymphoma after years of Roundup use, as E&E News reported. The Supreme Court could either accept or refuse the petition in the coming weeks, which could impact future glyphosate lawsuits. The EPA has asked the court not to get involved.

Arctic Carbon Transportation Route Discovered by Scientists
In the Arctic, a previously unknown carbon transportation route has
By Cristen Hemingway Jaynes
Why Fixing Methane Leaks From the Oil and Gas Industry Can Be a Climate Game Changer That Pays for Itself
By Jim Krane
By The Conversation
‘Beat the Heat’: UN Challenges Cities to Add Nature-Based Solutions to Climate Crisis
If you’ve ever sweated through an urban heat wave, it
By Olivia Rosane