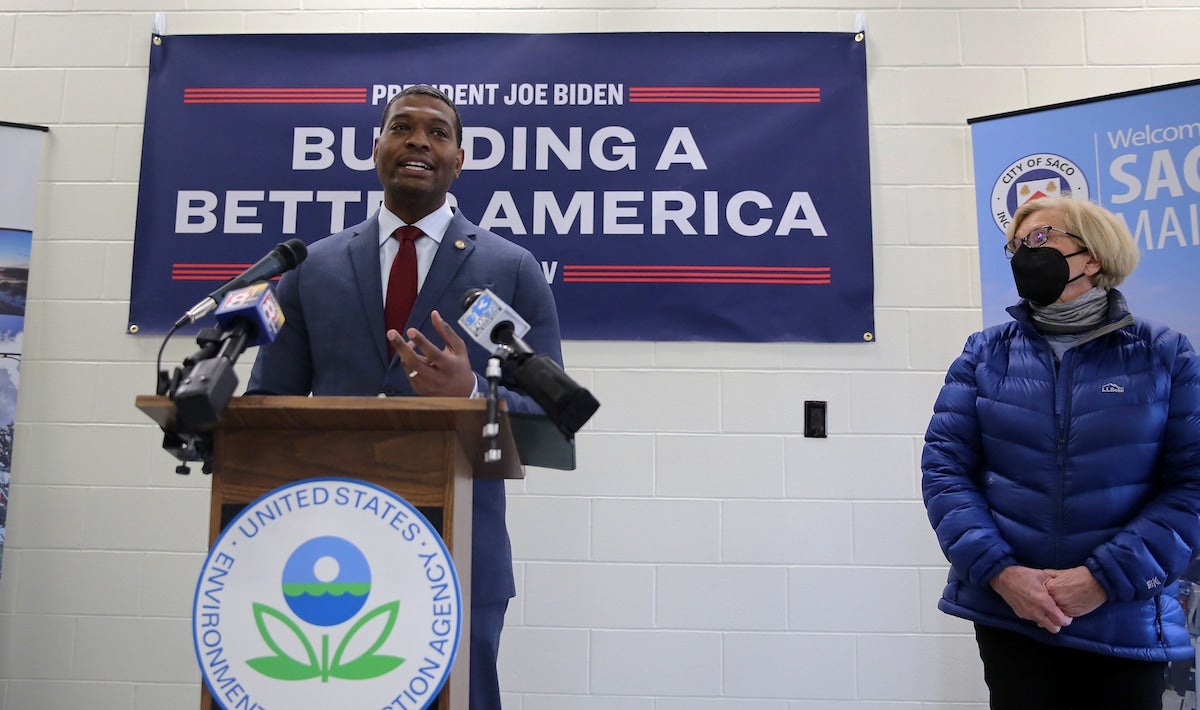 The U.S. Environmental Protection Agency (EPA) has issued new nonbinding health advisories for two nonstick and stain-resistant chemical compounds — known as PFOS and PFOA — that are found in drinking water. These chemical compounds, which are part of the larger group of “forever chemicals” known as PFAS — short for per- and polyfluoroalkyl substances — can be found in countless consumer products like carpets, cosmetics, nonstick frying pans, cardboard packaging, stain-resistant rugs and water-repellent sports gear, as well as firefighting foam. They pose health risks even at undetectable levels and are more dangerous than was previously believed, reported The Associated Press.

Although the compounds, which have been in use since the 1940s, have been voluntarily phased out by U.S. manufacturers, they are still being used and persist in the environment because they degrade very slowly — or not at all — over time. The toxic compounds remain indefinitely in an individual’s bloodstream and can cause serious health conditions like cancer and low birth weight.

“People on the front-lines of PFAS contamination have suffered for far too long,” said EPA Administrator Michael Regan, according to an EPA press release. “That’s why EPA is taking aggressive action as part of a whole-of-government approach to prevent these chemicals from entering the environment and to help protect concerned families from this pervasive challenge.”

The new advisories, part of Regan’s PFAS Strategic Roadmap, set the health risk thresholds for PFOS and PFOA to near zero. These new thresholds replace the 2016 guidelines that had set them at 70 parts per trillion.

An EPA spokesperson said EPA officials are no longer assured that the PFAS levels permitted by the 2016 guidelines will not lead to “adverse health impacts,” The Associated Press reported. The revised health guidelines take lifetime exposure to the chemicals into consideration and are based on recent science.

The agency said it expects to put forward national regulations for the dangerous chemicals in drinking water later this year and anticipates a final rule next year.

The EPA is issuing an invitation to states and territories to apply for $1 billion to address the problem of PFAS and other drinking water contaminants, particularly in disadvantaged or less populated communities, the press release said. The funding, made available through President Biden’s Bipartisan Infrastructure Law, can be used for the testing of water quality, technical assistance, the installation of centralized water treatment and contractor training.

Since the new acceptable risk levels are below those that can be measured currently — which stand at about four parts per trillion — a senior administration official said that the EPA recommends action be taken by utilities when the levels of PFAS can be measured, reported The Associated Press.

Several states have set limits for PFAS in drinking water that are much stricter than the federal guidelines.

According to research and advocacy organization the Environmental Working Group, at least 200 million people in the United States are exposed to PFAS-contaminated drinking water.

“EPA had the courage to follow the science. This is a step in the right direction,″ said co-facilitator of the National PFAS Contamination Coalition Stel Bailey, as The Associated Press reported.

The new guidelines only address four out of about 9,000 PFAS compounds, reported The Guardian.

“The EPA should be congratulated on today’s actions, but those kudos should be tempered by the knowledge that these are just four of thousands of these toxic substances,” said Tim Whitehouse, the executive director of Public Employees for Environmental Responsibility, who is a former EPA enforcement attorney, as The Guardian reported. “Health advisories are a long way from enforceable limits and an even much longer way to actual cleanups where these substances are finally removed from our waters, soil and food chain.”