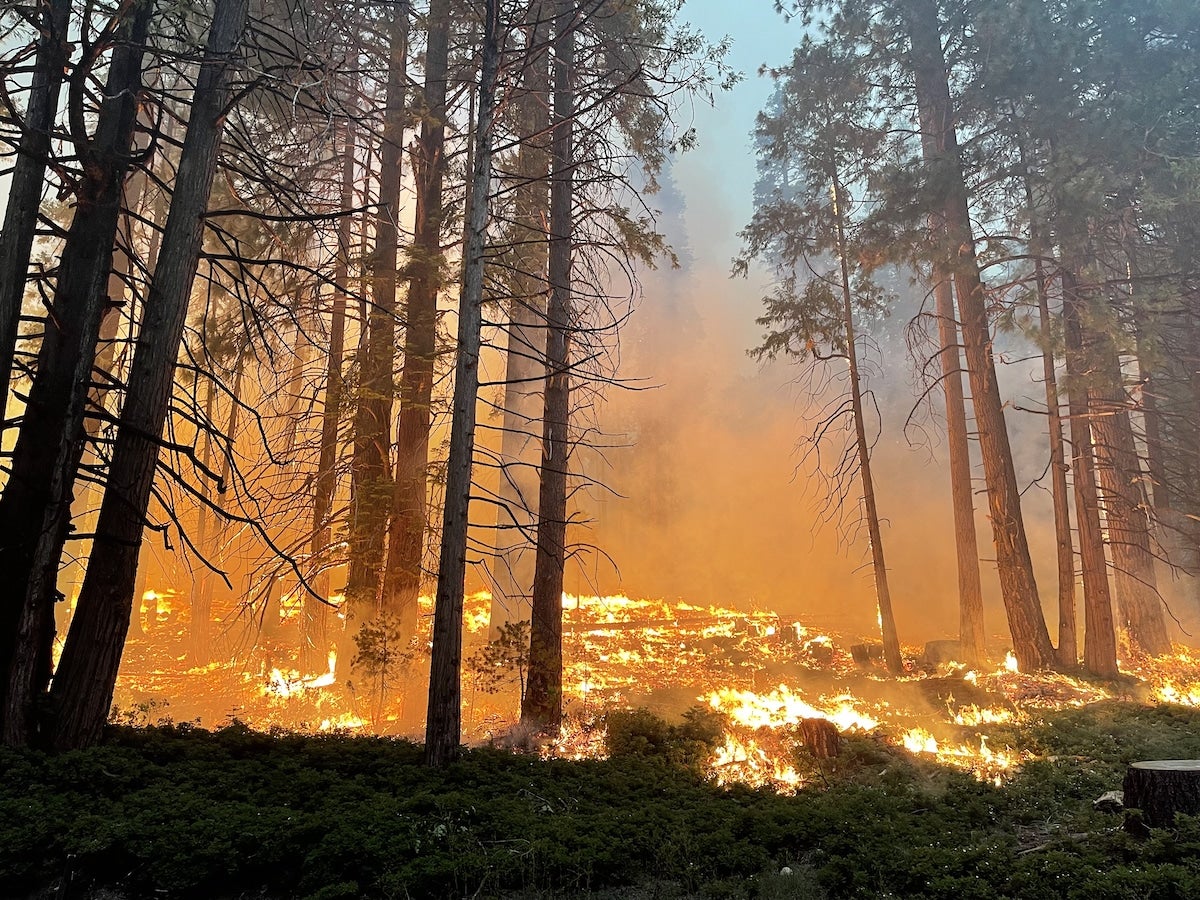 A wildfire burning in California has spread from a national park into a national forest.

The Washburn Fire ignited July 7 in Yosemite National Park and promptly forced the evacuation of hundreds of people from the town of Wawona and the closure of the park’s southern entrance, as The Guardian reported. Since then, it has spread to 4,759 acres — according to the most recent figures from InciWeb — and entered the Sierra National Forest.

“As firefighters pursue the Washburn Fire using a coordinated full suppression strategy, the fire remains active on the Sierra National Forest during hot and dry conditions,” the forest wrote in a press release posted on Facebook Thursday.

The flames first breached the Sierra National Forest on Wednesday, the Los Angeles Times reported. At the time, the fire displayed “active to very active fire behavior” driven by hot, dry conditions, officials said. This led to the closure of Forest Routes 5S43, 5S06, 5S22 and 5S37, which will remain in effect until August 1. Five more routes were announced closed on Thursday, according to the press release:  6S10, 5S40Y, 5240, 5S04 and 5S70A.

“The fire is moving east along the South Fork of Merced River in a remote river canyon making access very challenging,” the press release explained. “The fire is impacting wilderness, main forest roads and recreation areas. This calls for significant firefighting and Forest Service resources to help fight the Washburn Fire. For these reasons, these forest lands and roads near the southern boundary of Yosemite National Park need to be closed for the safety of the public and firefighters.”

However, the release noted that the closures still only impacted less than three percent of the total forest area.

When the Washburn Fire forest ignited in Yosemite, it was near the park’s famed Mariposa Grove of redwoods, according to a press release from InciWeb and the park. There was concern that the flames could harm the more than 500 mature sequoias in the grove, including the park’s second tallest tree — the 209-foot tall Grizzly Giant — NPR reported.

However, the trees are safe for now, according to The Guardian. In previous years, the park had ordered prescribed burns to clear vegetation around the trees, and this paid off, stalling the flames so that firefighters could put in sprinklers to offer additional protection.

“We’ve been preparing for the Washburn fire for decades,” Yosemite forest ecologist Garrett Dickman said, as The Guardian reported. “It really just died as soon as it hit the grove.”

As of now, the fire is 31 percent contained, according to InciWeb. However, it could keep burning until January if the dry weather doesn’t let up, said Stanley Bercovitz, public information officer from the interagency team responding to the fire, as The Guardian reported.