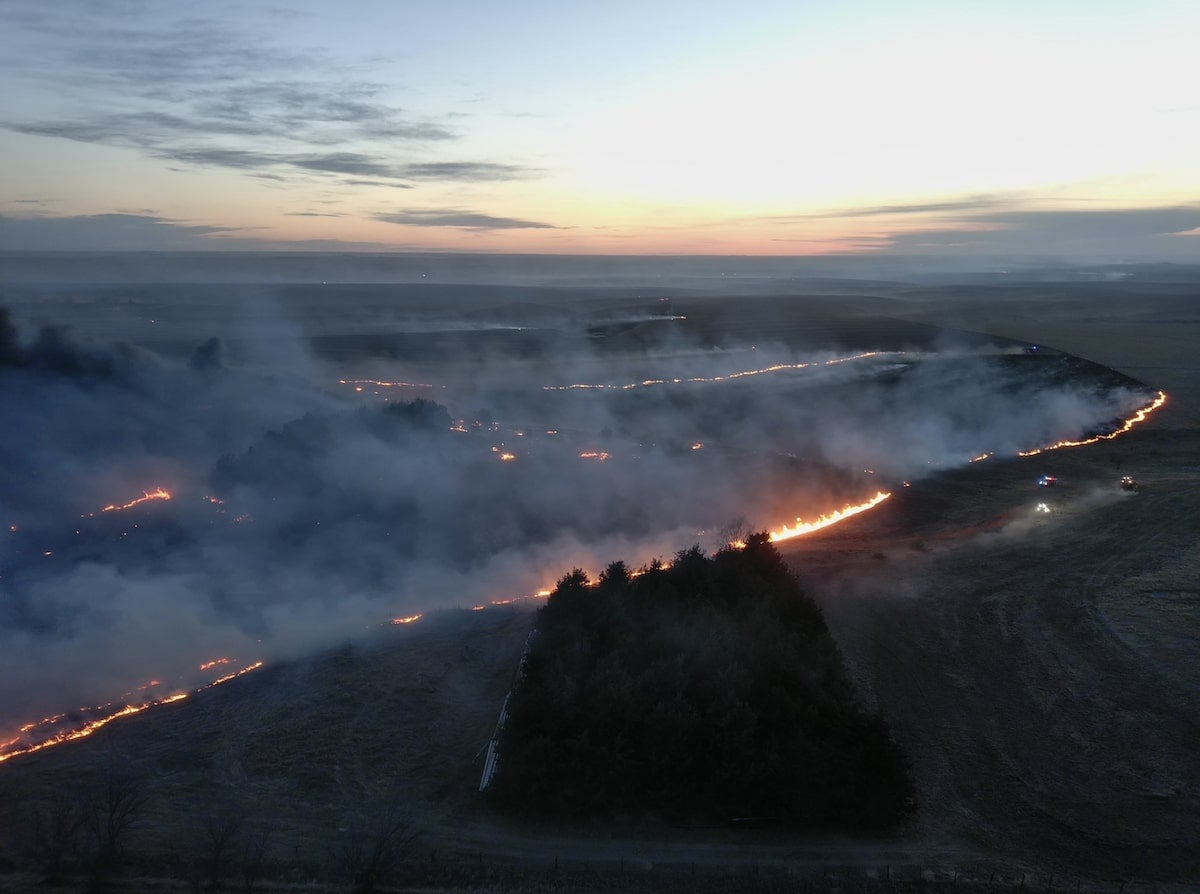 A drone photo of wildfires in Nebraska. Nebraska State Patrol

More than a dozen wildfires spread across Nebraska and the Southwest in a fierce and early start to the fire season. The wildfires began on Friday, killing one person and injuring three firefighters in Nebraska, state authorities said, as reported by The New York Times. The wildfires across New Mexico, Arizona, Nebraska and Texas have burned more than 150,000 acres and caused the evacuations of at least 4,000 homes, as The New York times reported further.

Decades of drought and dryness in the Southwest have primed the area for what could be a particularly destructive year for wildfires, reported Reuters. Climate scientists have said that the climate crisis has made the extended drought more severe. And, according to biologists, winter snowpacks have been impacted by increased temperatures, allowing earlier, bigger and more extreme fires across the region.

In the mountains about 30 miles northeast of Santa Fe, New Mexico, local authorities said winds gusted at more than 60 miles per hour as two wildfires merged and dozens of communities were evacuated, reported Reuters.

East of Santa Fe, the Calf Canyon Fire was the biggest threat in New Mexico, according to New Mexico Governor Lujan Grisham, The New York Times reported. It had burned more than 54,000 acres by Sunday. About 12 miles northwest of Las Vegas, New Mexico, it had joined with the Hermits Peak fire.

Fire authorities said that the Cooks Peak Fire about 35 miles east of Taos, New Mexico, had burned 52,000 acres and the Mitchell Fire in New Mexico had burned 25,000 acres, The New York Times reported.

The Tunnel fire about 14 miles northeast of Flagstaff, Arizona, had begun to be contained after already destroying dozens of homes, Reuters reported. It also destroyed the Sunset Crater Volcano National Monument, according to a Facebook post by the park. The Tunnel fire had burned more than 21,000 acres as of Sunday and was three percent contained.“We have a longer, more dangerous and more dramatic fire season ahead of us,” said Grisham, as reported by The Guardian.