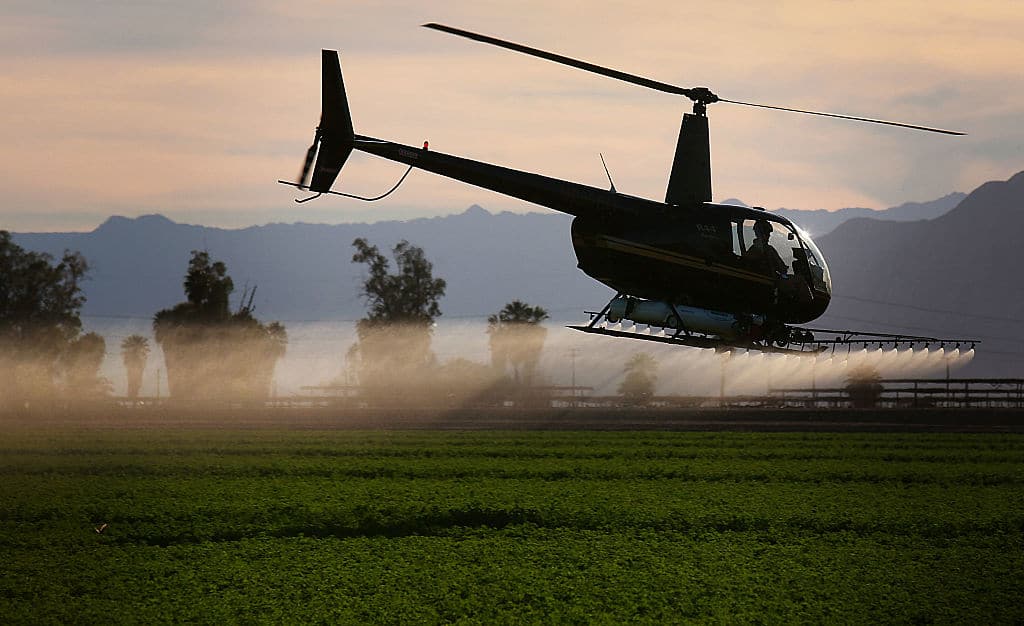 The ruling was issued by the Superior Court of California – County of Sacramento May 19 in response to a lawsuit brought by the City of Berkeley and 11 environmental and public health groups, including the Environmental Working Group (EWG).

“The court was right to rule against the Department of Food and Agriculture’s outrageous effort to keep the public in the dark about how and when it plans to spray toxic pesticides and to downplay the risks these chemicals pose to pollinators, the environment and the health of those who live near farm fields,” EWG California director of government affairs Bill Allayaud said in a press release.

In the ruling, Superior Court Judge James Arguelles gave the California Department of Food and Agriculture (CDFA) two months to stop all spraying conducted under the Statewide Plant Pest Prevention and Management Program, AP News reported. His ruling came after an October decision from a lower court determining that the program did not conduct individual reviews before spraying and did not inform the public when pesticides would be applied, therefore breaking the California Environmental Quality Act. It also said that the program did not fully consider the risk its activities posed to water and bees. The lower appeals court then sent the case to the Superior Court for a ruling, EWG said.

Specifically, CDFA had tried to justify spraying with a single environmental review instead of assessing and informing the public of the impacts of more than 75 pesticides it planned to use in each of the different locations throughout the state where they would be applied. The report was also vague, stating that its management practices would protect polluted waterways from additional contamination, according to the San Francisco Chronicle.

However, Third District Court of Appeal in Sacramento Justice Louis Mauro ruled in October that “no facts supporting the department’s assertions are provided.” It also failed to support its claim that its management practices would protect bees and other pollinators.

CDFA can still spray pesticides covered by earlier environmental impact reports, according to EWG, but these reports are few and far between.

“This court ruling stopping indiscriminate pesticide spraying by the state is a huge victory for public health, the environment and species impacted by toxic pesticides,” West Coast director at the Center for Food Safety Rebecca Spector said in the EWG release. “The state must prioritize providing more resources to help farmers transition to practices that reduce the need for pesticides and instead promote ecologically based farming practices that protect people and the Earth.”

Some of the pesticides used by CDFA included neonicotinoids, which are harmful to bees; methyl bromide, which is an ozone-depleting chemical; and chloropicrin, which can damage genes. The pesticides were sprayed on private and public property as well as on farmed and wild land.

CDFA said that it would follow the court’s instructions “as we fulfill our mandate to protect California’s agriculture, environment and habitat from invasive pests and diseases,” the San Francisco Chronicle reported.