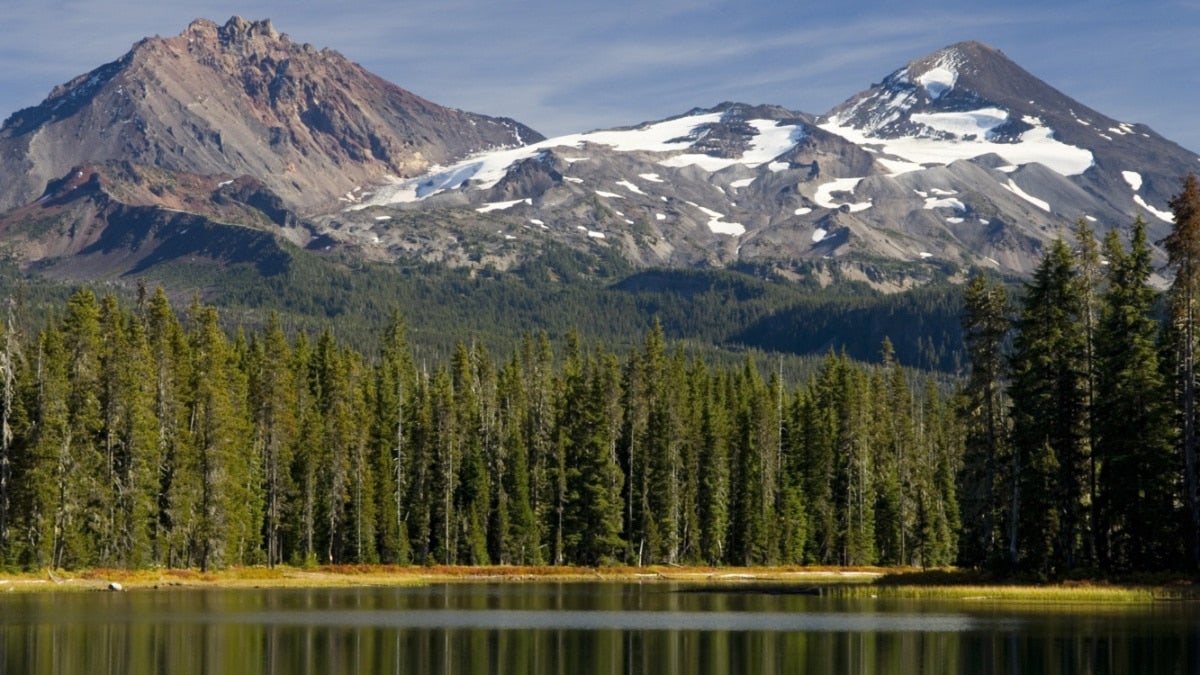 The new rule would allow the U.S. Forest Service to log or manage 2,800 acres of national forest in the Western U.S. PxHere / CC0

The Trump administration has finalized yet another environmental rollback that would allow more logging in national forests without environmental review.

The new rule, finalized Wednesday, would allow the U.S. Forest Service to log or manage 2,800 acres of national forest in the Western U.S. without first conducting an environmental review, The Washington Post explained. However, the rule is written in such a way that nearly 200 million acres of forest could be impacted.

“This is yet another blatant attempt to undermine bedrock environmental law and public input, while giving companies free rein over our treasured natural resources,” Natural Resources Defense Council (NRDC) Director of Federal Affairs Kabir Green said in a statement emailed to EcoWatch. “Add this rule to the long list of ill-conceived actions the Biden administration is going to have to toss and redo the right way.”

The new rule works by expanding the Forest Service’s ability to use “categorical exclusions,” The Washington Post reported. These exclusions allow the Forest Service to bypass requirements under the National Environmental Policy Act (NEPA) that require it to study the environmental impact of any planned development and share the scientific analysis with the public.

The Trump administration argued that the change would make it easier to perform necessary maintenance.

“The new categorical exclusions will ultimately improve our ability to maintain and repair the infrastructure people depend on to use and enjoy their national forests — such as roads, trails, campgrounds and other facilities,” U.S. Secretary of Agriculture Sonny Perdue said in a press release.

Federal Forest Resource Coalition Executive Director Bill Imbergamo, who supports the change, told The Washington Post that the exclusions could be used to perform the forest maintenance needed to prevent wildfires.

However, conservation groups worried that the new categorical exclusions would be used to approve activities beyond trailmaking and brush clearing.

Wilderness Society senior attorney Alison Flint told The Washington Post that the exclusions would act as “permission slips” for loggers and road-builders. Green from the NRDC agreed.

“Rather than addressing the climate and biodiversity crises we face, the Trump administration continues to make our problems worse,” Green said. “Today it’s ramming through sweeping changes that will open national forests to large-scale logging, roadbuilding — and even oil drilling and mining. Each of these will exacerbate our climate crisis.”

The Trump administration has now initiated or completed 104 environmental rollbacks, according to a running tally from The New York Times. It is unclear whether Democrats in Congress will be able to reverse the new Forest Service rule, along with other rules passed in the last days of the Trump administration, The Washington Post reported. The Congressional Review Act allows Congress to accept or reject late-term rules, but control of the Senate hinges on two run-off elections in Georgia in January.

Either way, environmental groups have promised to fight it.

“The final Forest Service NEPA rule epitomizes the Trump administration’s disastrous approach to the environment — it shuts out the public, ignores the science, and delivers favors to special interests, regardless of the harm to forests, water, wildlife and the climate,” Defenders of Wildlife President and CEO Jamie Rappaport Clark said in statement emailed to EcoWatch. “Our national forests are a national treasure and act as strongholds for endangered species conservation. Defenders of Wildlife will not sit idly by and witness the willful degradation of forest lands.”