Are There Plenty of Fish in the Sea? 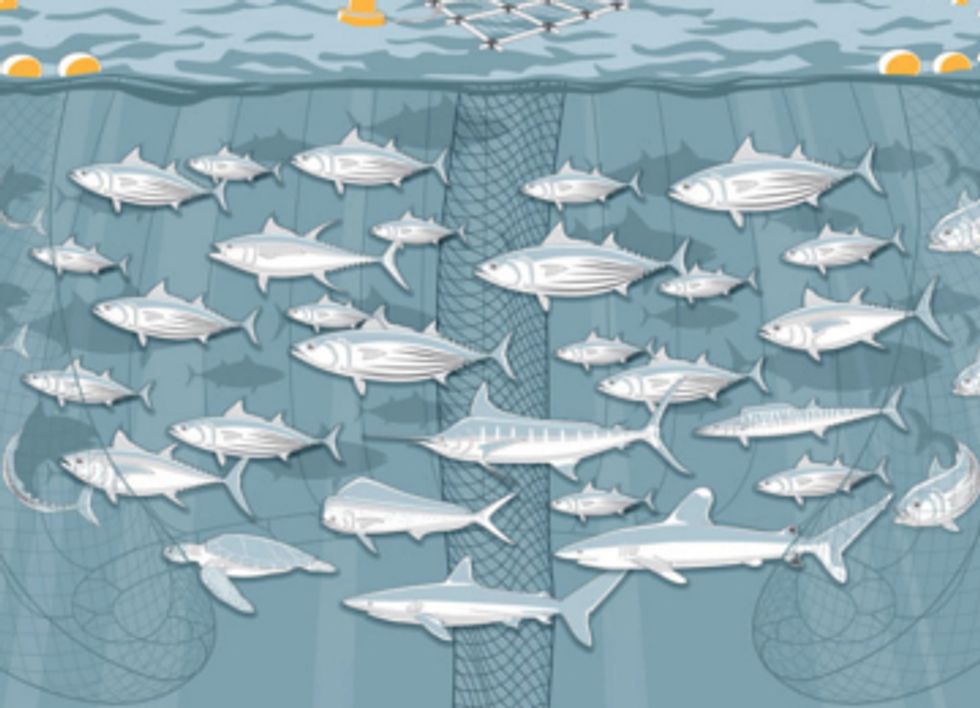 Fish aggregating devices, also knows as FADs, generally refer to artificial structures that are deployed in the ocean to attract schools of fish. FADs function as open-ocean "meeting points" with multiple species gathering underneath them.

While FAD fishing can be an efficient method for catching large schools of tuna, industrial-scale FAD fisheries can have significant adverse impacts on tunas and other species. Since the late twentieth century, FAD use in the world’s oceans has soared due to the new technologies that have allowed for their widespread use by industrial-scale purse seine vessels targeting tuna.

Overall, information on FAD use is not widely available because information on their exact numbers and locations is considered proprietary by industrial fishing vessel operators and fleets. However, based on a synthesis of peer-reviewed literature on FADs, their widespread use has already had numerous adverse impacts, including:

Moreover, research suggests that networks of thousands of FADs could act as “ecological traps” for open-ocean species by altering their natural distribution patterns, habitat associations, migration and residence periods. Over time, the proliferation of FAD use may cause widespread alterations of these ecosystems.

Visit EcoWatch’s BIODIVERSITY and FOOD pages for more related news on these topics.