Why Energy Companies' Predictions on Carbon Limits Shouldn't Be Trusted 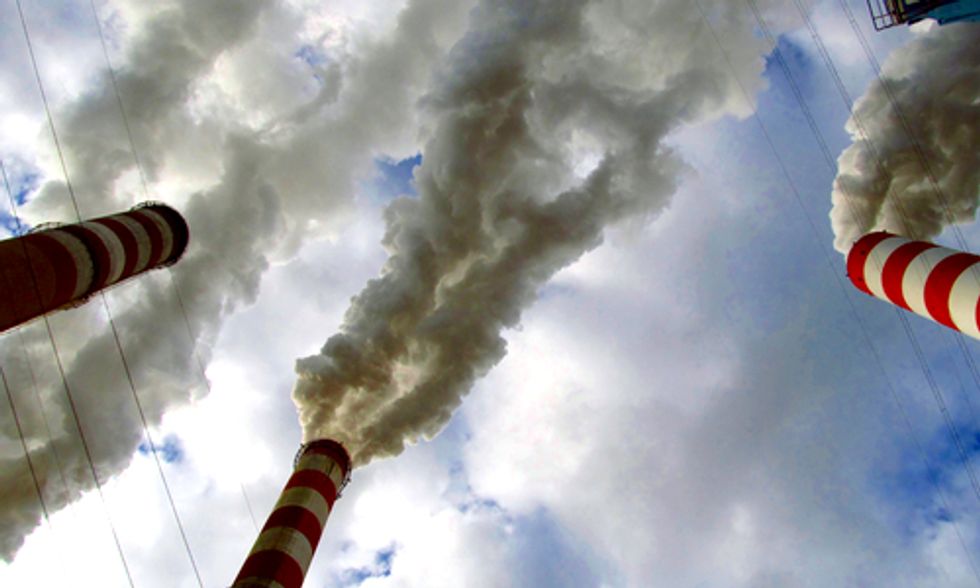 The Center for American Progress (CAP) has about 40 years worth of evidence to prove why coal and utility companies' predictions on carbon limits should be taken with a grain of salt.

To analysts there, energy companies and their advocates have engaged in their own version of Groundhog's Day for decades.

The Center for American Progress' latest study shows why you can't always trust the predictions of energy companies when it comes to carbon emission safeguards.
Photo courtesy of Shutterstock

It began in 1970, when industry types were debating the merits of the Clean Air Act. Carl G. Beard II, then-director of the West Virginia Air Pollution Control Commission, testified before the Senate Public Works Committee that complying with the Clean Air Act of 1970 would lead to “consumers of power [paying] for these costly errors for the next 25 to 30 years."

Sure, rates went up, but not because of a desire for cleaner air. About a decade later, the Congressional Quarterly Almanac 1981 reflected on how wrong Beard and others who shared his prediction were:

Improved air quality had brought benefits worth from $4.6 billion to $51.2 billion per year, while costs of … pollution control equipment were estimated to have been $16.6 billion in 1978. … The act had not been an important obstacle to energy development ... The law had not significantly inhibited economic growth.

"The bloated predictions about the cost of EPA proposals to finally control carbon pollution from power plants is simply a rehash of past hysteria,” Daniel J. Weiss, senior fellow and director of climate strategies at CAP, said in a statement. “These new safeguards are essential for Americans’ health and economy. Officials should ignore industry’s phony forecasts and instead focus on the huge costs of climate inaction: more smog, more asthma attacks, more ferocious storms, more droughts and more wildfires.”

The Edison Electric Institute (EEI),  lobbying arm for investor-owned utilities, tried instilling fear in 1989 in a campaign against acid-rain-pollution reductions from power plants. The EEI believed that power rates in 48 states would significantly rise. Two decades later, CAP shows that the EEI’s overall rate prediction was 16 percent too high.

In reality, a 2011 National Science and Technology Council report showed that cid-rain-reduction provisions in the Clean Air Act of 1990 led to a roughly 66-percent cut in acid-rain ingredients, achieving pollution reductions that went above and beyond those required by law, according to CAP's report. The EPA estimated the compliance cost would be about $3 billion per year or less than half of the initial estimates, while human health benefits of reduced acid rain were “$170 billion to $430 billion in 2010 alone,” according to the EPA.

CAP concluded the study with words from Robert J. Rauch, an economist with Jack Faucett Associates, during that 1972 Clean Air Act hearing that ring just as true 42 years later. As the organization puts it, they represent a decades-long "Groundhog's Day."

"[It's] really quite simple. An industry confronted with environmental regulations commissions an “expert” study to show that the costs of complying with the regulations would be prohibitive," Rauch said. "These cost estimates are then highly publicized and used to generate public demand that the standards be relaxed.

"Once publicized, these cost estimates take on a life of their own—mere repetition assures their acceptance."