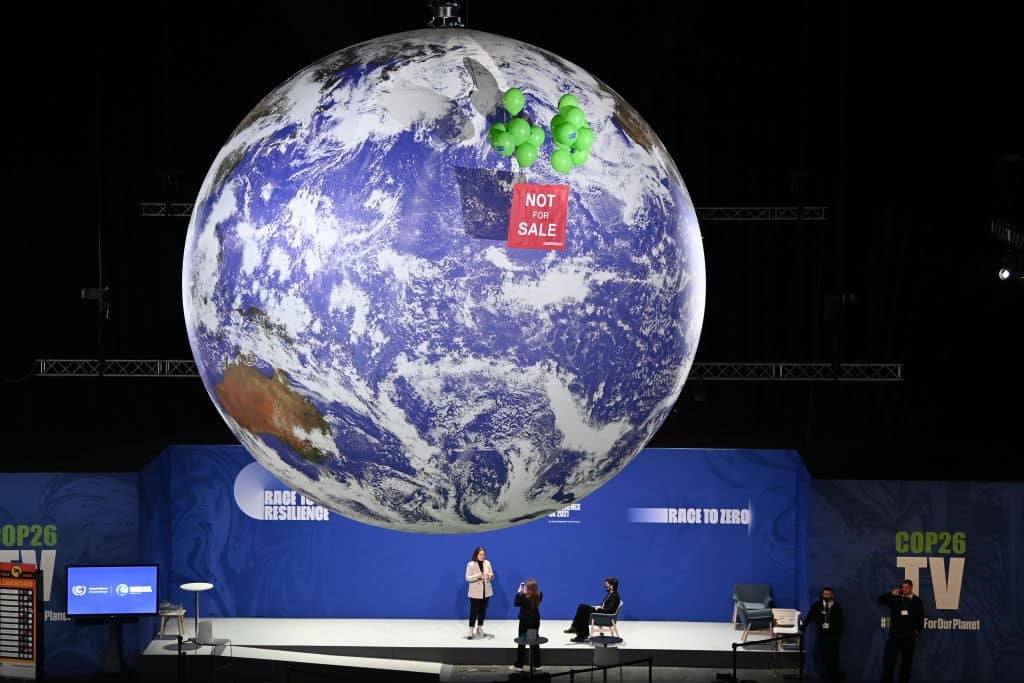 In their bid to reach net-zero by a certain date, many companies are buying carbon offsets to compensate for their greenhouse gas emissions by funding activities that are supposed to remove an equivalent amount of carbon dioxide from the atmosphere.

But UK climate advisory group the Climate Change Committee issued a report Thursday warning that the current offset system is doing more harm than good when it comes to the overall reduction of greenhouse gas emissions.

“Businesses want to do the right thing and it’s heartening to see so many firms aiming for early Net Zero dates,” Climate Change Committee Chief Executive Chris Stark said in a press release announcing the report. ‘But poor-quality offsets are crowding out high-integrity ones. Businesses face confusion over the right approach to take.”

Carbon offsetting is a process whereby a company will buy a carbon credit by funding a project that removes carbon dioxide from the atmosphere in some way. The credit will then count against the purchaser’s actual emissions when they calculate their net climate impact.

This mechanism has become hugely popular as more companies make net-zero emissions pledges, and the voluntary carbon market (VCM) tripled in value between 2020 and 2021 to reach $2 billion.

However, there is a flaw in this strategy. For one thing, it can make it too easy for companies to simply purchase carbon credits and spend less effort on reducing their emissions. This is exacerbated by the fact that carbon credits can be as cheap as less than $4 tonne of carbon removed, as Reuters noted.

Another problem is that not all credits purchased are of equal value or actually remove the carbon they say they will.

“The evidence reviewed for this report suggests that VCMs are not currently supporting Net Zero globally: low prices and inaccurate claims mean that credits may not be meaningfully reducing emissions, while their use may cause buyers to take less action on their own emissions impact,” the report authors wrote.

For example, Sky News brought up the case of Centrica, an energy company that bought offsets on behalf of its residential and business customers in the UK. However, it turned out that almost half of them were of such poor quality that the EU had banned them in 2013 from its emissions trading system.

The Climate Change Committee did think that carbon offsets could play a meaningful role in a neto-zero strategy, but only with significant reforms. Further, companies should focus on actually reducing their emissions by, for example, switching to less carbon-intensive technologies and reducing energy consumption. The UK as a whole should reach net zero by largely actually reducing emissions and only offsetting 15 percent of 2019’s emissions.

To make VCMs effective when they are used, the report authors outlined three suggestions:

The report argued that the government could play a role in furthering these goals by, among other things, providing a clear definition of a net-zero business and improving standards for carbon credits.

“There is a clear need for Government to make standards stronger and point businesses towards an approach that prioritises real emissions reduction ahead of offsetting,” Stark said in the press release. “Those businesses that choose to support the economy-wide transition to Net Zero should get the credit they deserve.”

Illegal Backyard Coal Mining Surges in Poland as Energy Anxiety Outweighs Health and Climate
The global energy crisis set off by Russia's war in
By Climate Nexus
State, Federal Solar Incentives Help Illinois Feed Mill Slash Energy Costs
At a central Illinois feed mill, electricity from its rural
By Energy News Network
Dreaming of Beachfront Real Estate? Much of Florida’s Coast Is at Risk of Storm Erosion
By Zhong-Ren Peng
By The Conversation