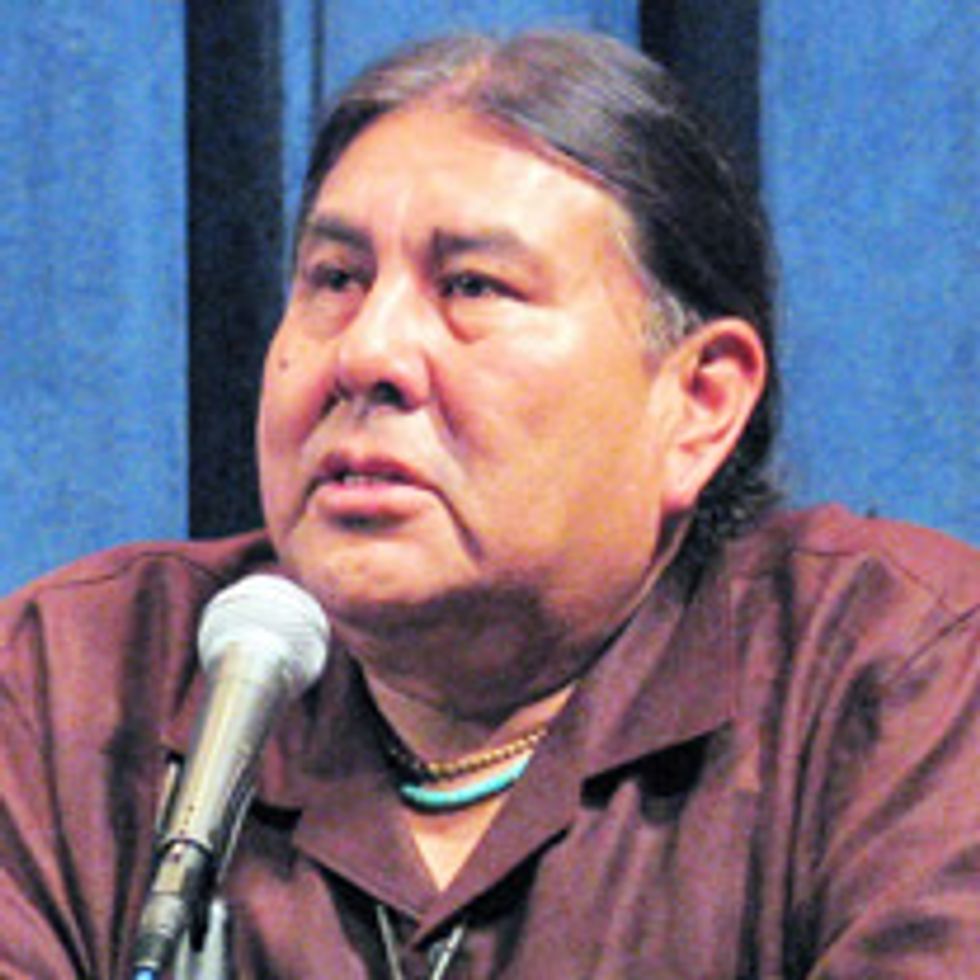 Tom B.K. Goldtooth is the executive director of the Indigenous Environmental Network based in Bemidji, Minnesota. He has been awarded with recognition of his achievements throughout the past 35 years as an activist for social change within the Native American and environmental justice community. From his participation and leadership in the First National People of Color Environmental Justice Leadership Summit in 1991 in Washington D.C.; to the 2010 World Peoples’ Conference on Climate Change and the Rights of Mother Earth in Cochabamba, Bolivia; to co-facilitating the Climate Space assembly at the World Social Forum in Tunis, Tunisia in April 2013; he has become an environmental justice leader, both locally, regionally, nationally and internationally.  Under his shared leadership and in partnership with Haskell Indian Nations University in Kansas, IEN co-hosted the International Indigenous Conference on "Rights of Mother Earth: Restoring Indigenous Life Ways of Responsibility and Respect," in April 2012. He co-produced an award winning documentary film, Drumbeat for Mother Earth, which addresses the affects of bio-accumulative chemicals on Native people.  From the strength of his community organizing experience he has brought the local issues of environmental, economic, energy, climate, water and food justice and the rights of Indigenous peoples to the international level through United Nations treaty making bodies and conventions. Tom is a Sun Dance leader and active in his ceremonial responsibilities. He is known for implementing innovative approaches for inspiring Native young people and students to take leadership in building healthy and sustainable Native communities.