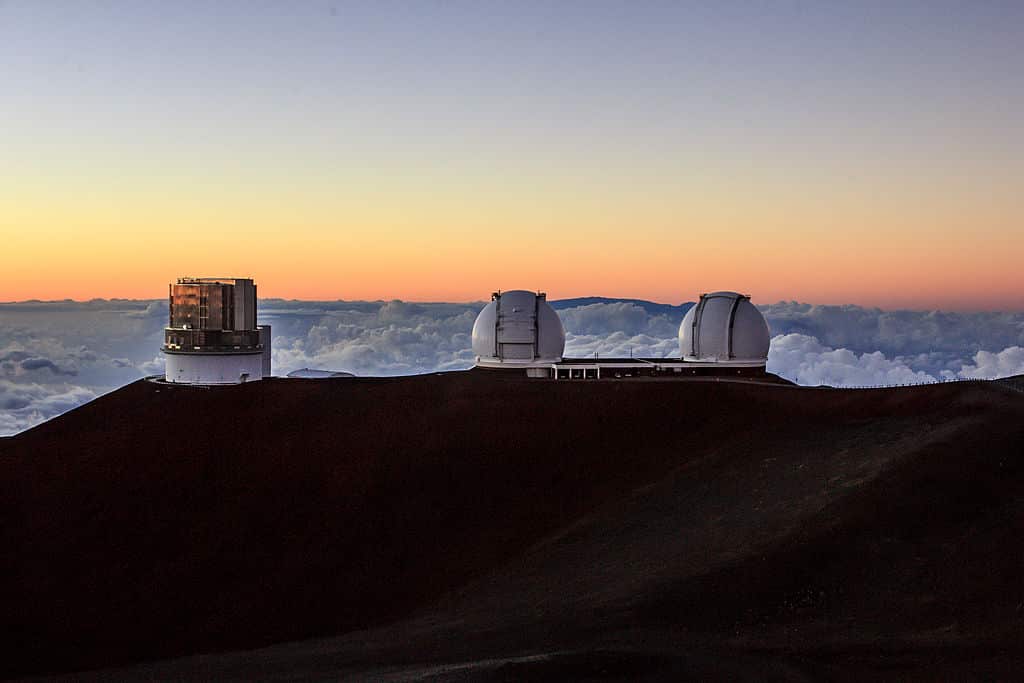 The U.S. National Science Foundation (NSF) said Tuesday it would conduct an environmental impact statement for a controversial telescope.

Astronomers want to build a Thirty Meter Telescope (TMT) on the summit of Mauna Kea, the tallest mountain in Hawaii. It is considered one of the best places on Earth for stargazing, but it is also sacred to Indigenous Hawaiians, who oppose the project.

Mauna Kea, which is the Earth’s tallest mountain when measured from the sea floor, is the most sacred place in Indigenous Hawaiin cosmology, as Kaitlin Grable wrote for EcoWatch in 2019. Both native and non-native Hawaiians oppose the construction of a telescope on this site both because of its sacred status and as an affirmation of Indigenous Hawaiians’ right to control their own land and resources.

“To anyone that continues to try to frame TMT as a science versus culture argument, I would say that this struggle over the future of Mauna Kea is actually about how we manage resources and align our laws and values of Hawaii to connect a past where the state has subjected its Indigenous people to continued mismanagement of it lands with its uncertain future,” writer and activist Hulali Kau explained.

The $2.65 billion telescope is a project of the TMT International Observatory (TIO), a group of scientists from California Institute of Technology, the University of California and government-supported research bodies in Canada, China, India and Japan, according to AP News. The group conducted its own environmental impact statement in 2010 and attempted to begin construction in 2015 and 2019, but protesters disrupted these efforts. Construction on the project was halted three years ago, according to Big Island News.

The latest environmental impact review comes because the NSF has to complete a statement before it can decide to fund any project, The Guardian explained. The TIO hopes that the U.S. government will provide 30 percent of the costs for the telescope, which would mean that every U.S. astronomer could make use of it.

“This ensures that the TMT tests the best ideas and does the most important observations to contribute to understanding where we are in the universe and how it works,” TMT executive director Robert P. Kirshner told AP News.

The NSF declared its intent to prepare the statement in the Federal Register Tuesday. In the announcement, the foundation said it was aware of the controversy surrounding the telescope.

“NSF enters into this process with an understanding that the issue of constructing an ELT [Extremely Large Telescope] on Maunakea is a sensitive one, with both strong proponents and strong opponents of the proposed project; NSF was informed of the reasons for these varying positions through numerous informal meetings, spanning a 16-month period, with individuals and groups with a connection to Maunakea. NSF also received numerous written comments. As a result of those meetings and written comments, NSF heard that it should be proactive in its engagement with the Native Hawaiian community during any environmental review by providing additional opportunities for meaningful and effective public participation,” NSF wrote.

It will host four public meetings about the telescope in Hawaii in August. Concerned individuals can also submit comments online or by mail through September 17.

The NSF will also consider the alternative of constructing the telescope on the Canary Islands, which is the second-choice location of the TIO, according to The Guardian.

Regenerative Agriculture 101: Everything You Need to Know
Quick Key Facts
By Cristen Hemingway Jaynes
Lula Defeats Bolsonaro in Brazil, a Crucial Win for the Amazon Rainforest
A tense presidential election runoff in Brazil has led to
By Paige Bennett
Carbon Offsets 101: Why We Can’t Offset Our Way Out of the Climate Crisis
Carbon offsets are in theory a way to cancel out
By Olivia Rosane