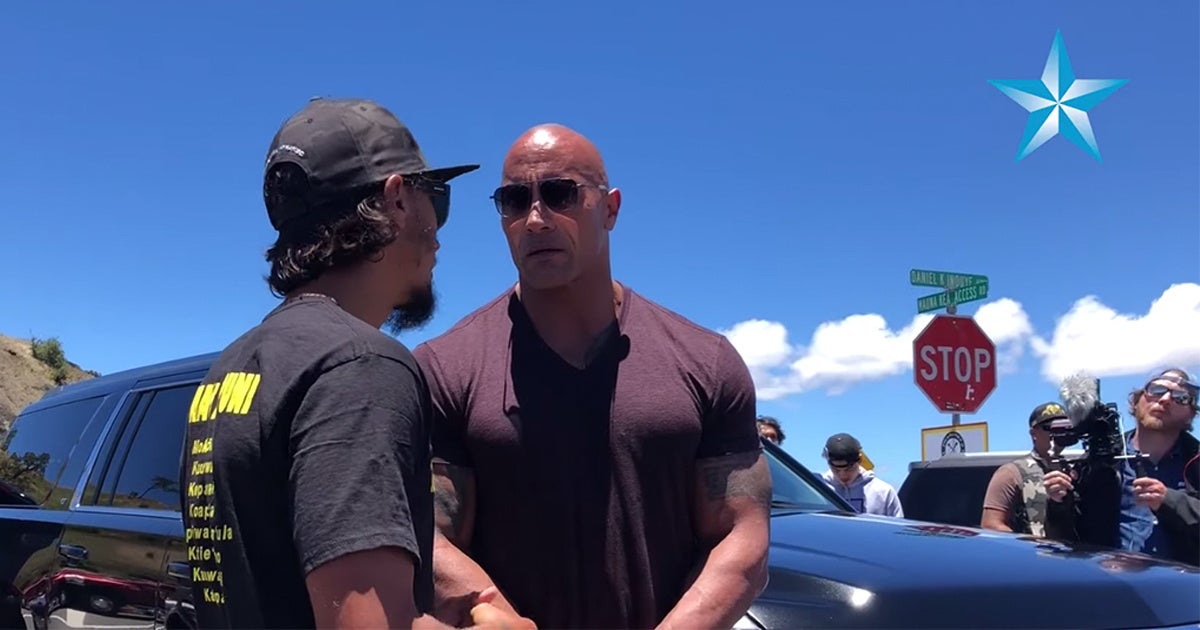 Native Hawaiians may be fighting to protect Mauna Kea from a giant telescope, but now they have a different kind of star power on their side. Dwayne “The Rock” Johnson, one of the world’s highest-grossing actors, visited the protesters Wednesday to lend support, Hawaii News Now reported.

Johnson’s visit occurred on the 10th day of protests as Native Hawaiians seek to block construction of a $1.4 billion, 18-story Thirty Meter Telescope (TMT) on the summit of Hawaii’s highest mountain, which they consider sacred. Johnson, who is part Samoan, attended high school on Oahu, HuffPost reported.

Supporters of the telescope, which is backed by private companies and universities, say it will lead to discoveries about the nature of the universe. But opponents say it will desecrate Mauna Kea, which is both a sacred site for Native Hawaiians and a conservation area, HuffPost explained.

Protesters greeted the actor, who stayed for about an hour, with lei, chanting and hula performances, according to Hawaii News Now.

Johnson is also working on a film that highlights Native Hawaiian history. His Seven Bucks Productions company is making a movie about King Kamehameha the Great, who unified the Hawaiian islands in 1810. Johnson will star as the king, USA Today reported.

The Rock is the most famous person to visit the protests, which began July 15th. In one incident last week, 33 mostly elderly activists were arrested for blocking the road up the mountain.

“When things escalate to that emotional apex, that is a sign that something has to be done,” Johnson said, as HuffPost reported. “To full charge ahead isn’t the way to do it.”

“Today, I am asking Hawaiʻi County Mayor Harry Kim to coordinate both county and state efforts to peacefully attempt to reach common ground with the protectors of Mauna Kea and the broader community,” Ige said in a statement explaining his decision. “Mayor Kim is closest to the situation and the impacts are greatest on the island he leads.”